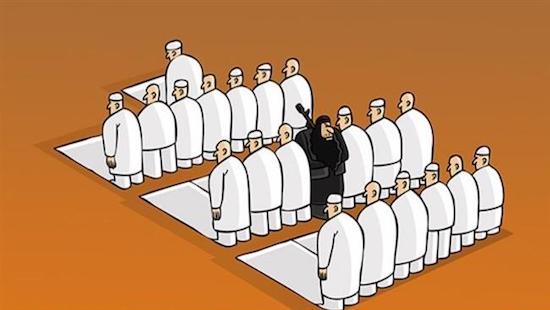 Takfiri Ideology; the Opposite of What Islam Demands from Muslims

Three years ago in the Southern Turkish city of Mardin, Shaykh Abdullah Bin Bayyah’s Global Center for Renewal and Guidance, in association with Artuklu University, convened a conference. It had two primary purposes: first, to carefully examine and review the classification of “domains” (diyar) in Islamic law and how this pertains to the concepts of jihad, loyalty and enmity (al-wala wa al-bara), citizenship and emigration; and second, to discuss the fatwa of Shaykh Taqi al-Din Ibn Taymiyya, commonly known as “The Fatwa of Mardin,” in which he deduced a new ruling for a jurisprudential classification of the world into domains of Unbelief (Kufr), Islam, and Covenant (‘Ahd). Ibn Taymiyya considered Mardin to belong to both a domain of unbelief and domain of Islam – unbelief due to its being ruled by the non-Muslim Tartars, and Islam due to its residents being Muslim. During the course of the conference Shaykh Bin Bayyah proposed a reevaluation of the traditional jurisprudential classification of domains. In light of modern political developments governing international relations and a global acceptance for United Nations’ treaties that have helped the world transition to a period of relative peaceful coexistence he suggested that the traditional classification would need to be reviewed.

Shaykh Bin Bayyah expressed his concern over a particular word found in the Arabic printed edition of the fatwa.[i] He requested that it be reviewed for its authenticity as it appeared (linguistically) to be unsuitably placed in the context of the text. Dr. Ahmad al-Raysuni, a member of the Islamic Fiqh Council at the Muslim World League in Makkah, objected, on the grounds that this request will open the door for skepticism and doubt in the traditional sources of knowledge. Shaykh Bin Bayyah’s response was that such a request was sanctioned and reviewing the text to ascertain its accuracy is in fact a service to the Islamic tradition.

Thus, we requested a copy of the only available manuscript of Ibn Taymiyyah’s Compilation of Religious Edicts that is found in the Zahirriya library in Damascus. Upon reviewing the text we found that Shaykh Bin Bayyah’s reservations regarding the word “yuqātal” were correct. The text in question as found in the printed editions of the fatwa reads:

Whereas the text in the manuscript read:

The appearance of this distortion in printed editions of the fatwa over the last 100 years has provided takfirists with one of their most important justifications for the shedding of blood and taking of life. The former mufti of Egypt, Shaykh Ali Gomaa, wrote an article on this issue and the Dar al-Ifta of Egypt issued a related fatwa.

Despite the fact that this amendment ensures Ibn Taymiyyah’s innocence from that which is falsely ascribed to him, the response from takfirists was unsurprisingly vehement. Amidst a relentless campaign to smear the conference and throw accusations at it in its aftermath, takfirists wrote three works refuting the conference’s proceedings. Al-Jazeera, expectedly, was at the head of this smear campaign via its reporting. Its local correspondent used the “low” attendance at the conference to criticise it as not having gained acceptance among the people of Mardin, ignorant of the fact that the conference was specialist in nature and not for public attendance. Likewise, he was oblivious to the participation of local scholars. Some of the attendees who contributed to drafting the conference’s final declaration took part in the smear campaign after having been subjected to criticisms by zealous fanatics.

Despite this, institutions that proclaim to fight terrorism are in a deep slumber and obliviousness to the important outcomes of this conference. Similar is the state of our fiqh councils, faith-based institutions and broadcast and print media.

Thus, the most pressing question today is: are we serious in confronting takfirist thought and ideology? If we are, I propose the following suggestions:

1.That governing bodies and political entities immediately halt dealings and interaction with takfirist ideology as and when it is employed as a tool in balance-of-power politics. At times we see some support it and at others they attack it; at times they will cultivate a fertile climate for its growth and spread to later exploit its use in political trade-offs, not minding therein to fight it (if the trade-off requires). This has been the case in many Arab countries over the last twenty years.

2.That our educational and da’wa faith-based institutions earnestly and publicly oppose this erroneous ideology through the commissioning of sharia-based studies that are strong in their argument and firm in their jurisprudential precision. These studies must tackle those specious issues which takfirists use to mislead our youth and seize their membership and loyalty, turning them into temporal bombs that will eventually explode here and there.

These studies must be widely disseminated, studied and analysed in schools, mosques, and the different media platforms. They must be discussed through dialectic seminars in which the main exponents of this ideology are invited to discern the right from wrong and for the sincere from them return to the truth. The heretics among them must be publicly silenced through argument. Media outlets must not host them alone without also having someone to respond to them.

3. Religious scholars and leaders should openly declare their rejection of this corrupted ideology. They must fulfill their duty to create awareness without hesitance or fear from threats. Allah took an oath from us to clarify the truth and warned those who conceal knowledge; He said: “As for those who conceal the evidences and the guidance We have sent down, after We made them clear to humanity in scripture, God curses them, and those who can curse them.” (2:159). When masses of ulama and faith leaders continuously promulgate the truth, followers and exponents of takfirist ideology will be powerless to respond.

4. We: scholars, intellectuals, governments, organisations and media, must have the courage to acknowledge our own unintended involvement in creating the climate for the spread of takfirist ideology. By being derelict in our duty to educate the youth of this umma in the understanding of their religion they became prey to all who falsely claim jihad in Allah’s way. This is especially the case when we consider the anger people feel at the weakness, defeat, retardation and corruption we live and experience on a daily basis.

5.We must be earnest in working towards the restoration of high regard for time-honoured Sharia seminaries like Al-Azhar in Egypt, al-Zaytuna in Tunisia, al-Qarawiyyin in Morocco, the Hadramawt and Levant traditions and the seminaries of Mauritania, the Subcontinent and Sudan. Sufficient support to ensure their financial and administrative independence must be made available. Any attempts by adherents of conflicting persuasions to tamper with these institutions or their time-tested curriculums must be prevented. We must withdraw these institutions from the realm of political competition for power. Their role should be as independent advisors who offer guidance in politics as they currently do with economics, society and other affairs of life.

6.We must stop confining ourselves to quick fix, superficial solutions. For example: (a) yielding responsibility for dealing with extremist and takfirist ideology to the security apparatus alone[ii]; (b) searching for ready-made solutions; and (c) adopting singular, independent options when it comes to decision making regarding the correction of devious thought. These all serve only to increase the complexity of existing dilemmas and corroborate delusions held by the youth.

7.We must dispose of the idea held by some, deluded as it is, that they can possibly derive benefit from the failures of the Islamists. They think they can use these failures to raise a generation of youth who’ll throw religion behind their backs to enter into the melting pot of a Western-oriented paradigm. Followers of this paradigm think that it represents the end of history and that they’ve succeeded in imbuing the world with its hue. They say that to dispute it only leads to the inevitability of the “clash of civilisations.” Continuing to jog behind this mirage will not bring prosperity to any endeavour. Rather, it will only deepen extremism, religious or non-religious, and add the catastrophe of atheistic extremism to the calamity of takfirist extremism.

8.Paradigms and cultural perspectives that are native to our identity and embrace the variables of our time must be renewed. By such we can proceed to construct a spring from which future generations can be watered and inspired to interact with the wider human community with confidence.

This confidence should free them from the dualism of rigidness[iii] and solubility[iv] towards an eagerness for coexistence that is based on participation and ambition to contribute to the development of human society.

I remind myself and all who read the words of Allah of the verse: “And let there be a people among you who invite to good and enjoin what is fair, and forbid what is repugnant; it is they who thrive” (3:104). And the verse: “Do not be like she who breaks what she has spun, after it is strong, into untwisted strands. You exploit your trust to defraud each other, lest one people become more numerous than another. God is only testing you thereby, and will clarify for you on the day of resurrection what you differed about” (16:92).

This article was originally published in Arabic by the author on the ‘El-Watan News’ website:

[i]The “Mardin Fatwa” is found in Ibn Taymiyya’s “Compilation of Religious Edicts,” a comprehensive collection of edicts he issued throughout his life.
[ii] Well-developed security solutions are important. However, we have experienced utter failure due to over-burdening the security apparatus with more than it can be bear in dealing with this matter.
[iii]Rigidness: to become hardened and insistent on a tradition that was established on the variables of a particular (past) time. It leads one to become detached from having effect and impact.
[iv]Solubility: to identify with the other to the extent that one loses their own identity and constants (i.e. verified or established matters).

Be the first to comment on "ARE WE SERIOUS ABOUT FACING THE TAKFIRIST IDEOLOGY?" 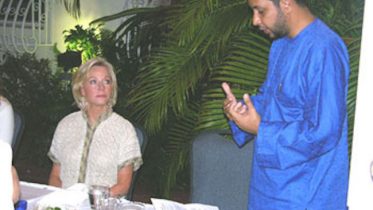