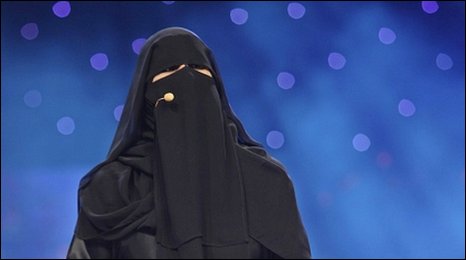 Every Wednesday night, Hissa Hilal steps on to the stage of the popular Abu Dhabi television show The Million’s Poet. As is required of Saudi women appearing in public, she is covered from head to toe in a traditional abaya. Facing an audience carefully segregated by gender, she recites poetry that brazenly calls out for women’s rights and the end of Islamic extremism.

A housewife and mother of four from Riyadh, Saudi Arabia, Hilal has become a sensation and a polarizing figure in the Arab world. One might think that, given her controversial subject matter, she would be thankful for the abaya’s anonymity. But she told the BBC that she (and her poetry) would be just as bold without it: “I am hoping my daughters won’t have to cover their faces and they’ll live a better life.”

Hilal’s poetry has, not surprisingly, led to death threats by Islamic extremists. She is admittedly worried for her children, but as for herself, she says simply, “I am not afraid.” And the Arab world’s response has primarily been supportive. “Most of the people loved what I said, from their hearts,” she continued, “They think I am very brave to say so, and that I said what they feel in their hearts.”

That feeling has shown up in the votes. Hilal has already gone farther in The Million’s Poet competition than any woman before her, and she received the highest overall score in last week’s semifinals, pushing her through to this Wednesday’s final (and its $1.3 Million prize for the winner). She was loudly applauded, and one of the judges praised her as “a courageous poet.”

My poetry has always been provocative,” she told The Associated Press. “It’s a way to express myself and give voice to Arab women, silenced by those who have hijacked our culture and our religion.” She has said that she “always dreamed” of a day when she could talk to the people directly.

A taste of that straight talk is below. It’s an excerpt from Hilal’s semifinal poem, translated by the Abu Dhabi newspaper The National, in which she decries the actions of conservative clerics in the Muslim world.

I have seen evil from the eyes
of the subversive fatwas
in a time when what is lawful
is confused with what is not lawful;

When I unveil the truth,
a monster appears from his hiding place;
barbaric in thinking and action,
angry and blind;
wearing death as a dress
and covering it with a belt

He speaks from an official,
powerful platform,
terrorizing people
and preying on everyone seeking peace;
the voice of courage ran away
and the truth is cornered and silent,
when self-interest prevented one
from speaking the truth.

How is Hilal able to get away with being so critical? In an interview with the New York Times, Lina Khatib, an Arab media expert at Stanford University, explained: “The show is at the heart of cultural conversations in the Arab world. Because it’s poetry, one of the most respected forms of expression in the Arab world, you can push the boundaries much further than you might with popular music.”

Hilal aims to do more than push boundaries–she aims to break them down. “My message to those who hear me is love, compassion and peace,” she has said. “We all have to share a small planet and we need to learn how to live together.”

Be the first to comment on "The Million’s Poet: Niqab – wearing death as a dress" 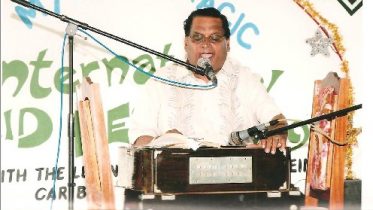