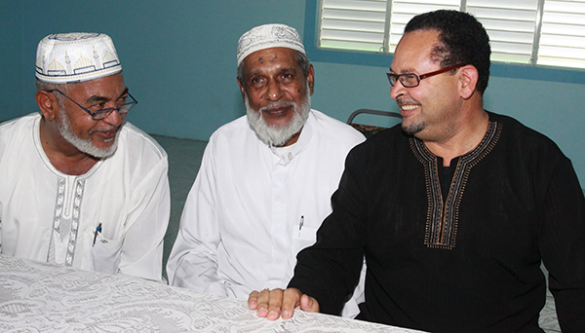 Justice Minister Herbert Volney told Muslim religious leaders Sunday he is working to reach the goal of having criminal cases concluded within a year.

The Muslim leaders complained to the Minister that criminals trials take too long. They also said they would support the death penalty for murder.

The religious leaders raised the issues at a symposium sponsored by the Markhaz-al-Ihsaan Institute of Islamic Theology. The Principal of the institute, Dr Waffie Mohammed, spoke about Islam’s views of the murder and punishment for the crime.

“But in every case before the penalty is carried out one must be properly convicted in the court of law. And if there is the slightest doubt the punishment would not be carried out,” he said.

Mohammed appealed for the justice system to be restructured to ensure that the process is carried out quickly and fairly. “If today you kill, then tomorrow you should be put to death or as quickly as that, don’t wait for ten years before the matter comes up. In the meantime so much manipulation behind the scene can take place, witnesses can disappear, evidence can go out of circulation. Islam wants those things to be avoided,” he said.

Volney told the symposium that his ministry wants to have criminal matters concluded within a year but noted that there are some people who will resist the change “because it will hit them in their pockets.”  The Minister said the existing laws cannot cope with the present justice system which he admitted is “swamped and overloaded”. Volney said: “Too little has been done over the years where there are hundreds of cases in the system and too few courts to deal with them.  “Incarceration is ineffective unless it is brought about fairly and quickly to the commission of the crime. It makes no sense to sentence a man ten years after the crime. For people to feel justice for a crime, sentencing must be carried out in a short time,” he said.

The Muslims also want another significant change in the justice system.

“What happens when a breadwinner is killed, what does the State do to assist that family? I don’t think we have anything here in Trinidad, except Parliament now puts something in place,” Mohammed said as he made the case for compensation for a victim’s family.  He also noted the practice in some Islamic states where the families of victims are allowed to determine the fate of the convicted killer.”If close relatives of the murdered one want to forgive the murderer then the law is not carried out,” he said.  The theologian said the death penalty is not to seek revenge but to promote justice and to prevent others from committing the same act again.  “There are those who may advocate the abolition of the death penalty, but this is not possible in Islam. The law remains supreme in Islam and no one has the authority or right to change it. It is impossible to make a case for the abolishment of the death penalty which is explicitly endorsed in Islam in the cases mentioned,” he said.

Volney explained that his ministry is one that was created by the new People’s Partnership government and that is causing some delays. However he promised that the first package of new legislation could be before the Parliament early next year. 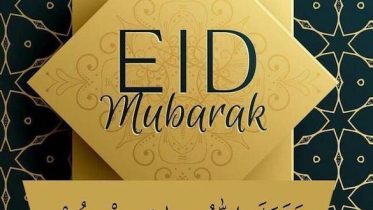