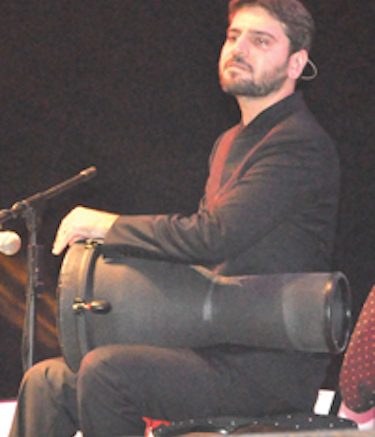 Am guessing that you would think I would say that the Sami Yusuf concert was spectacular…and guess what…it was…SPECTACULAR.

What a Performer…What a Performance!!! Unforgettable
It was sheer excellence. Sometimes one sees a video production…and then the live performance pales in comparison. Not so with a man who does not have one mediocre cell in his body.

The night was ohhh sooo perfecttt. Stars took up their place in the firmament in a clear tropical sky to accompany a star as he took his place on stage. The skies over the National Stadium were in for a treat…as a cornucopia of Praises to God & to His Prophet (p) burst into the air from hearts & lips throbbing with excitement.

We were treated to nearly two hours of a high-octane performance. Every song delivered with PASSION & LOVE. Love for God; love for the Prophet (p); love for humanity; songs urging us on to social justice.

The English, the Arabic he sung…the instruments he played…the lovely byplay with the audience …he is a reminder that musical excellence  can coexist alongside prodigious
human decency.

Met a Jewish woman in NY in the 90s who taught me excellence in the written word. She knew 20 languages written & spoken. And also an extraordinarily decent woman. The fire that she lit in my soul burned brighter as I watched this transcendent performance by a master.

O Sami, thank you so much…for we do need these periodic infusions & injections of spiritual joy into our individual & societal veins which have become clogged with the plaque of rigidity & stupidity.

Music is a Medicinal Narcotic. I have read of music therapy for pain management…but never thought seriously of it. There just aren’t words to aptly describe what happens to a person when they encounter the likes of Sami & his gift of spiritual music which brings rays of hope, comfort and sunshine into the lives of those who are sick. His moving versions of all his songs has the capability to lift sagging spirits and dispel fear & depression. I saw that in my 74-year-old mom. She was broadly smiling, laughing, even though for the past several weeks she has been in pain. When I looked at my rejuvenated mother with tearful but joyful eyes my voice cracked when I gently asked: “Did you enjoy the show, Mom?” And she was as excited as my 12-year-old son. Her perception of pain had decreased at his heartfelt songs. Sami’s music acted as the well of eternal youth….bridging the gap between the aged and the very young. It takes you to a place of peace, offering for just a brief moment, a glimpse of Paradise.

Music allows us to laugh, cry, remember, walk, sing, clap and dance and can bring wisdom and humanity to this fragmented world. In Sami’s spiritual songs, which are a form of music therapy, art and science intertwine in a natural way. When integrated, music and prayer, music & medicine, music & chores make a perfect combination. Life gets back its colour, life gets back its vibrancy.

I met a group from London & a group from New York that were amazed at the brochures. They took copies of all with promises to be in contact.

The top 6 students were each given awards for their excellent performance at CSec & Common Entrance. Hopefully their teachers were there holding their heads high…

It was truly a night of “excellences”…being there has guaranteed memories that will never dim with the passage of time…when one gets sick one draws upon memories of beauty & positive vibrations. This event charged with “Allahu” will be the number one therapeutic “remembrance”…

Thank you Sami, thank you…a million thank yous. May God be with you as you travel this earth taking the much-needed “waters” of Peace, Love & Unity to a thirsty humanity.

We were well & truly satiated last evening…there’s a glow on my soul & a full feeling in my heart..am sure this could be said for everyone who attended

Be the first to comment on "SAMI YUSUF SPECTACULAR IN GUYANA" 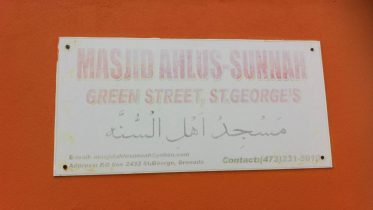