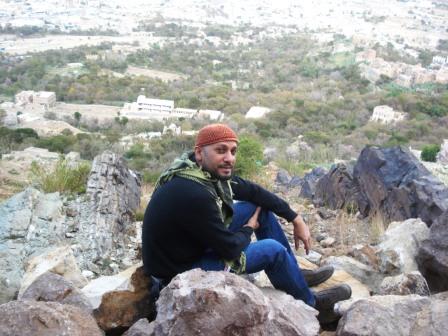 Ray in Yemen on the mountain top

When I spoke to Arabs I met in the Gulf (where I currently live) about my plans to visit Yemen half didn’t say much, while the other 50% ask “why Yemen?” They themselves prefer luxury travel to London, Dubai, Bahrain, Sharm El Sheikh or Beirut. Many Arabs don’t even venture to the Oman, another other hidden gem in the Arabian Peninsula much less Yemen.  Then imagine the reactions from Americans hearing about my plans to visit Yemen.   Some believe that being caucasian they will be targeted.  The ignorance about Yemen has been perpetuated more by the western press after the 911 debacle.  While Yemen has its share of problems, it’s untrue that it’s only a breeding ground of terrorists or that they hate westerners. A white traveler to Yemen is not unusual, I met many from France, England, Australia, Italy and the Netherlands last week.  But the typical American reaction is:- “they hate Americans,” or that “our embassy has declared  a red-line for Americans traveling there.”  There are so many countries in the world that are declared dangerous and yet many westerners travel to them.

With the “war on terror” many Americans have come to believe the Fox News type headlines that everyone hates “us because we are richer, better, smarter and they hate our freedom.”  Unfortunately, these fearful folks don’t realize that terrorism, extremists, dictators have always been around. It is just spun much more in the 24 hours news cycle so much more these days. Travelers just need to use good judgment and common sense. Do not bring a lot of attention to yourself and try to experience the culture and fit in as much as possible.  Many Americans have developed the tendency to compare everything to the States and this includes teachers who work overseas, but they cannot accept there is good in all cultures and societies.  They are fixated on Fox News and afraid to watch or read, or listen to other points of view.

In 1983, Sana’a, the capital of Yemen, was added as a UNESCO world heritage site. Not long after, Shipam and its architectural marvels also made the list. Then in 1994, Zabid was also added. Having read much about Yemen, its history, and its people and having taught many Yemenites in New York City, I was eager to visit the land of the Queen of Sheba (Bilqis) and the Sons of Dawood (David) where Hebrews, Arabs and Africans coexisted. Most Arabs trace their origin back to Yemen, a country where classical Arabic is still spoken. The ruling family of the United Arab Emirates, Al Nayhan, also trace their origin to Yemen.

Wedged between India, the Arab heartland and Africa, the diversity of Yemeni food, people, fauna and flora reflect this geographic proximity, yet Yemen has for centuries remained isolated from the western world.  The Yemeni Island of Socotra was a part of the African mainland but has drifted to its present locations over millions of years, is one the most isolated places on earth, a place where the fauna and flora cannot be found else where on earth and where a large number of endemic species have been protected by centuries of isolation and direct action by the government of Yemen, UNESCO and UNDP.

Gathering my thoughts on the mountain top

Descending over Sana’a, the landforms are strikingly different to the rest of the Arabian Peninsula having been shaped by the agents of erosion of water and wind to create the spectacular views of valleys, plateaus, rivers, canyons, caves, mountains, desert and lush green vegetation are coupled with its unique architecture of skyscrapers built before those in London, Paris, Rome or New York. In the old city, every building is the same in style and color and has remained so for thousands of years. The harmony has not been interrupted. Thanks to the government of Italy, Germany, France, the UK and the Netherlands, among other Europeans countries, Yemen is able to preserve its past which today attracts educated and informed tourists from Italy, Germany, France, Australia, the UK and other parts of the world  who come to Yemen to enjoy its amazing landscape and rich culture.

I find the people genuine, honest, hardworking, and resilient. Yemenites hold strong to traditions. They are not consumed by the TV culture and have adopted many of the good things of the West and while retaining its traditional culture. In a city of 3.5 million, men are dressed in their traditional dishsasha (long white gown), turbans and their jambia (dagger/belt).  Over 90% of women wear the abaya (over-garment), the young  in black and the older women in colourful ones.  In the medina (old city) glasswork, metalwork, woodwork, and the making of traditional doors and windows continue. Old skills and traditions are taught from generations to generations.

There is little haggling. It can be perceived as being rude if you haggle to 50% of the quoted price. About 25% less is reasonable. This is not Egypt or Morocco where you find many tourist traps.  In Sana’a, in fact, you will find a taxi refusing to accept more than the nominal taxi fare.  I offered a driver 500 Yemeni Rial for ride within the city and the politely told me 250.  Upon exiting, I gave him 300 and he returned to me 50 Rials.  Generally speaking, all the taxis cabs accepted 250 without any drama.

If you are the type of traveler looking for malls, KFC, McDonalds, Burger King, Pizzas or US style steak, stay home. Thankfully, these things don’t exist much in Yemen.  A few hotels such as Movenpick, Sheraton and Mercure exist but you would be foolish to stay at one of these and not experience the old city of Sana’a where you can stay at Hotel Dawood, Taj Talha Hotel or the Burj al Salaam Hotel and experience a cultural odyssey.

Yemen is a poor country with different traditions and values so don’t expect a “5 star holiday” you may have had in Beirut, Paris or Dubai.

Finally, this was one of the most memorable experiences in my life and one of the most beautiful countries I have visited. Upon leaving Yemen, I was presented three little gifts from my hosts and was taught the traditional dance. 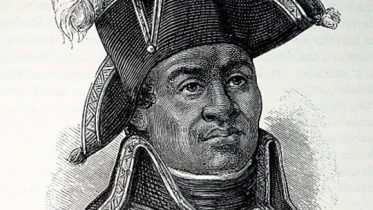