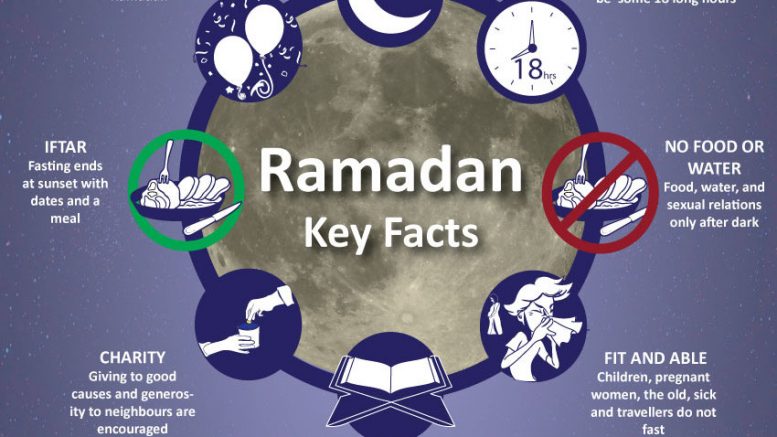 Ramadan: The month of spiritual re-armament

Often has it been stressed and stressed rightly that Islam is not a mere creed but a way of life. In the same strain, it might be stressed that Islam is not merely a Religion but a Discipline. In other words, it concerns itself not only with our salvation in the Hereafter but also with our success in this world: and for that purpose it provides us with comprehensive behaviour and a spiritual Materia Medica.

Discipline is the watch-word of Islam, although it is to be deeply regretted that Muslims of today have generally forgotten this vital characteristic of their faith. Indeed. in its practical bearing Islam.aims at nothing less than disciplining every aspect of human life in its individualistic as well as collective manifestations.

The physical discipline enjoys its due place within the frame work of Islamic Guidance. and so do the mental, moral and aesthetic disciplines. Above all. however. Islam concentrates on disciplining the human Will which regards, and rightly so, as the key stone in the superstructure of human personality.

Thus a perfect Muslim is one who possesses a harmoniously developed and a truly disciplined personality – rich with all the characteristics that go to make Man noble, magnificent and great. This is not merely a  theoretical truth but also a practical fact grounded in the bed-rock of history.

All those who have studied the story of the sojourn of Adam’s progeny on earth and, in that perspective. had the privilege of dispassionately measuring the stature of those whom the Holy Prophet Muhammad [ﷺ Allah’s blessing be upon him!] transformed, with the magic wand of Islamic Discipline, from despised weaklings into “supermen”. will readily admit the truth of this statement.

In fact, the Islamic Revolution of the 7th century of Christian era which has been rightly recognized and accepted as the greatest miracle of human history, would not have been possible but for the dynamic virtues of Islamic Discipline. We have stressed this aspect of Islam at the present occasion mainly because the month of Ramadan is the month of fasting and fasting is one of the vital instruments of Islamic Discipline.

Side by side with its beneficial effects in the physical and social realms of human existence, its great function is to discipline the human Will, which, as all students of Psychology know, bestows upon the individual a dynamic force whose importance cannot be over-emphasized.

The discipline Will, in its turn, when illumined with the light of Taqwa. or Consciousness of Divine Pleasure and Displeasure, becomes a Spiritual Lighthouse capable of dissolving the thickest clouds of the darkness of evil. just as the Holy Qu’ran says:

The Holy Prophet Muhammad [ﷺ peace be on him] also emphasizes the same truth when he says:

“Whoever fasts during the month of Ramadan with [the requisite] Faith and with full consciousness [of the implications of fasting], the evils acquired by him or her previously are washed away”.

The dynamic role of fasting in purifying the self and building up a powerful personality was duly recognized by the early Muslims who derived full benefit from this institution. But. it is a pity that most Muslims of the present day seem to be totally ignorant of it.

The mental mould of the masses is generally ritualistic, and consequently, if they commit the error of regarding the Islamic institution of fasting simply as a ritual whose fruits shall be reaped by them only in the life beyond the grave, they are not much to be blamed in view of the general lack of the instruments of dissemination of Islamic knowledge today.

What is more pitiable, however, is the fact that even the otherwise well-educated Muslims – at least a majority of them – seem to labour under the same misconception. Because of faulty education they actually know little about Islam and because most of them have a desire to show themselves off as ultra-modern. they hardly care to devote themselves to a serious study of it.

The hostile western intellectual atmosphere in which they are brought up imparts to them certain wrong and vague notions about religion and religious institutions and. in their indolent ignorance they feel as if Islam and its institutions are also things of the same type and consequently unworthy of being practised by upholders of ultra-modernism and pseudo-rationalism.

This accounts not only for the shameless disregard of Islamic principles and practices found in the ranks of those who belong to the upper strata of Muslim society but also for the general and almost universal spiritual degeneration which has come to stay in spite of all our so-called devotion to Islam. And this tragic situation must remain so long as our standard of Islamic practice remains what it is.

It is, therefore, time that we learn to appreciate the correct implications of each and every Islamic belief and practice. and fasting during the month of Ramadan is a case in point. There is no denying the fact that fasting brings to us the most valuable other-worldly benefits and favours. But let us realize at the same time it is also meant to serve as a very vital instrument in the great task of character building, because, in the final analysis, it aims at the establishment of the control of Principle  over Desire through the disciplining of the Will.

Every person with noble motives in life talks of the subordination of the lower self to the higher self and to the control of Desire by Principle. and everyone who possesses sanity of thought and depth of vision regards it as the highest practical ideal of human character.

But we all know that it is a difficult ideal and that it requires a herculean struggle for its achievement. Rigorous discipline and balanced efforts form the keynotes of success there.

Fortunately, both of these instruments are found in their perfect form in Islam. which, on the one hand, gives us a comprehensive Code of Conduct based on the concepts of Balance. Measure and Harmony, and on the other hand. provides two special instruments for character building in the form of the obligatory Prayers and the obligatory Fasts.

The month of Ramadan combines both Prayers and Fasting and it thus becomes a month dedicated to the task of spiritual re-armament. To the five daily obligatory Prayers are added, during this month,the tarawih Prayers wherein the entire Qur’an is recited to refresh the Divine Guidance in the minds of the Muslims; and, side by side with it, is established a rigorous physical, mental, moral and spiritual discipline.

For, fasting in Islam does not only mean abstaining from food and drink and sexual relations from dawn to sunset but also the active avoidance of every form of evil in thought, word and deed – without which in the words of the Holy Prophet, the fast will degenerate into a worthless act of starvation and will earn no merit in the estimation of God.

Ramadan is thus a mighty blessing for all those who observe it conscientiously, and we pray to Allah that He may, in His Infinite Mercy, enable every Muslim to derive the fullest benefit from its observance and thus promote the cause of the spiritual re-armament of mankind.

Be the first to comment on "RAMADAN: THE MONTH OF SPIRITUAL RE-ARMAMENT"