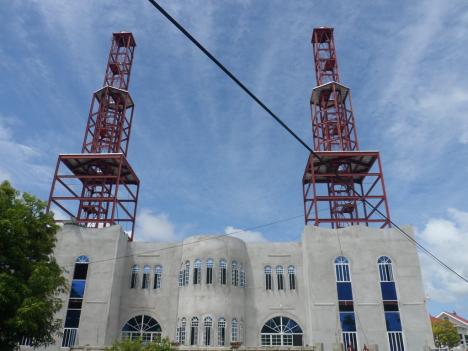 GEORGETOWN, Guyana — The historic Queenstown mosque in Guyana, built by the Afghan community of Georgetown in 1895, has received a US$100,000 donation from the Organisation of Islamic Conference (OIC) to fund the completion of the country’s principal mosque, and which is projected to be the tallest structure in Guyana’s capital.

The original wooden mosque, built in 1895, has been repaired several times but eventually the entire structure became very unstable and the Queenstown Jama Masjid, as it is locally known, is being rebuilt using steel, concrete and marble by the local Muslim community in Guyana.

However, the completion of the mosque has been stalled due to lack of funds. The Central Islamic Organisation of Guyana (CIOG) brought the issue to the attention of the OIC secretary general, Dr Ekmeleddin Ihsanoglu during a visit to the mosque while he was on an official visit to Guyana in May.

Following his visit to Guyana, Ihsanoglu took an initiative to help the Queenstown Jama Masjid.

“As a result, during its last meeting, the Islamic Solidarity Fund (ISF), a subsidiary organ of the OIC, endorsed the proposal of the secretary general to provide the Queenstown Mosque with US$100,000 to assist with finalizing the construction of the building,” a statement from the OIC Mission to the United Nations said on Friday.

Much of the mosque is competed but the domes, minarets and courtyard are not, depriving the mosque of its main character. The Jama Masjid also needs rugs, chandeliers and other interior and exterior ascetics according to the CIOG, which is appealing to the Muslim world for assistance, especially that the final cost of the mosque has exceeded the projected US$2 million. When completed, the mosque will accommodate 1,000 worshippers.

Worshippers from all parts of Guyana working in central Georgetown or living in the capital, as well as visitors, have been without convenient place of worship for several years. 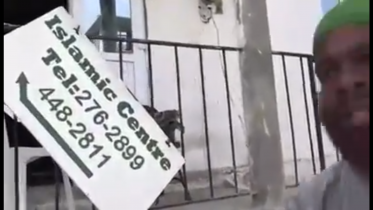 Muslims Living In The Caribbean Are Also In The Muslim Nation While cries are louder and get louder about the genocide of the Rohingyas,  our…