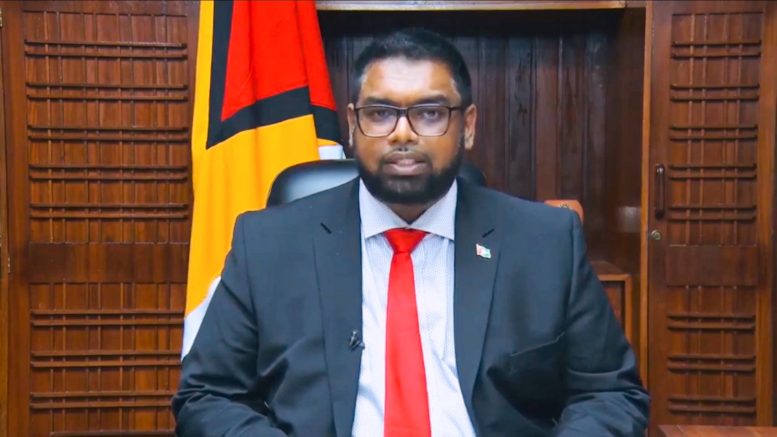 I extend congratulations to the duly elected President of the Co-operative Republic of Guyana, Dr Mohamed Irfaan Ali. His swearing in last week marked the end of five months of wrangling since the Guyanese people exercised their democratic franchise on March 02, 2020.

I had the opportunity of meeting Dr Ali at his home in Guyana in 2003 as part of a delegation attending a conference for Latin American and Caribbean Muslims being held in Georgetown that year.

President Ali is a Muslim and his election to the office of Executive President of Guyana marks the first time a Muslim has been elected as leader of a country in CARICOM and perhaps in the entire Western Hemisphere. There was President Noor Hassanali in Trinidad, but that post is not an elected one and is largely ceremonial. Several countries in the region have had and have Ministers of Government who are of the Muslim faith and, in the case of Trinidad, have acted as Prime Minister at times in the past. Guyana, I believe, also had a Prime Minister who was Muslim from the Afro-Guyanese community.

Dr Ali’s win at the polls is as leader of the PPP, a political party made up of Guyanese of all backgrounds but largely seen as the party of Indo-Guyanese. It is regrettable that politics in Guyana and Trinidad tend to take on racial identities. This unfortunately leads to tensions and divisions, especially at the time of elections.

One writer on www.caribbeanmuslims.com pointed out Dr Ali wasted no time in setting out his plans at his inauguration:

“Dr Irfaan promised to pursue policies that will lift all Guyanese from despair and economic hardships. President Ali stated he aims to bring into economic prosperity all Guyanese using the natural resources of Guyana, including the vast deposits of oil and gas. No one, he assured the audience, would be left behind based on class, religion, ethnicity, race or political persuasion. The underpinnings of his government would be inclusiveness and the strengthening of democratic institutions.”

One hopes that President Ali will keep his promises for all Guyanese. The writer above seems to think he will, for he ends his commentary:

“His records will substantiate what he has promised. An analysis of his performance as Minister of Housing will silence even the most cynical. No one has heard complaints about discriminatory practices in house lots allocation. On the contrary, Afro-Guyanese have asserted how relatively easy it was for them to obtain house lots. This record underscores an essential component of a heterogeneous society as envisaged by Dr Irfaan Ali: no partiality to anyone based on race, ethnicity, religion, or political persuasion. Equality and fairness for all.”

There is no doubt that the Muslim communities in Guyana and across the Caribbean have welcomed the election of Dr Ali to President. It certainly marks the further development and maturing of a faith-based community that has a long presence in this region, and especially in Guyana. This, however, does not mean, as is often perceived, that the Muslim community of the region, or in a particular country, is one homogeneous group. Dr Ali’s win is as leader and part of a well-established political party with a long history and not because his faith is Islam. Muslims are, in fact, a minority in Guyana and the Caribbean as a whole.

At times this fact can be overlooked in trying to propagate a particular point of view. One example is the recent election campaigning in Trinidad. Some elements in the media there sought to make it seem as though the Muslim community votes as one block. Alim Ali corrects that perception:

“TT Muslims are not a cohesive community under a command and obey leadership.  There are multitudes of national organizations with similar amounts of acronyms portrayed as speaking on behalf of a singular Muslim polity. On the contrary, Muslims are divided on the basis of difference in creeds, understanding of sacred law, economic class, race, urbanized and rural, education, religious and otherwise. To suggest that they can be corralled and herded into one political party or the other strains reality. Each Muslim maintains individual agency in the exercise of voting rights. They can no more be influenced by ‘religious’ leaders as by the political campaigns of each competing political party.”

This year marked 30 years since the attempted coup in Trinidad by the Jamaat-ul-Muslimeen, a Muslim group led by Yasin Abu Bakr. I remember July 27, 1990, because I was on my honeymoon on the east coast of Barbados when I heard the news of the coup attempt. That coup attempt and the resulting death and destruction brought with it a negative spotlight being cast upon not only Muslims of Trinidad and Tobago but the entire region. It would be a defining moment in the long history of the faith in the Caribbean. The repercussions lasted for years and perhaps still are present today.

That coup attempt and the recent phenomena of persons, many Trinidadians, who joined ISIS, are not who we are. That certainly does not and should not define who we are as Muslims in this region. What defines us should be the fact that we are a resilient community from the time of slavery until now, and like any faith-based community, we have a role to play in the development of this region and its people.

I have always been an advocate of faith playing a role in developing our societies and nations. We remove the role of faith to our own collective peril. Politicians cannot be exempted from or be expected to operate outside the belief-systems that they hold dearly and that have brought them to this point. At times I am sure it is extremely difficult to balance both.

The recently discussed legislation in Barbados that has sought to prevent discrimination in employment has raised eyebrows in some religious communities. Some see it as a back-door attempt to make homosexuality legal. These are issues that have to be discussed and thoroughly ventilated with all groups and communities. We run the risk of furthering division in our society if we don’t talk through important issues like these.

Faith groups are an integral part of our society and should also be part of the discussion.

The late Prime Minister, Professor, the Right Honorable Owen Arthur, recognized this, as I pointed out in my column last week. He established the Religious Advisory Committee on National Affairs under his office. He understood clearly their role in helping to drive national agendas and policies.

President Ali attended Friday prayers at the main mosque in Georgetown last Friday. In his short address to worshippers, he pledged his government will uphold the principles of social justice. He reminded those present that social justice is a key teaching of Islam. “Social justice may be broadly understood as the fair and compassionate distribution of the fruits of economic growth.” Dr Ali emphasized that he would be guided by the values and virtues of faith and family traditions with which he was raised.

Let us hope President Ali lives up to his pledges and may God grant him a successful tenure.

Suleiman Bulbulia is a Justice of the Peace; Secretary of the Barbados Muslim Association; Muslim Chaplain at the Cave Hill Campus, UWI and a Childhood Obesity Prevention Champion.

This opinion column was published in Barbados Today Online Edition on August 12, 2020 at this link https://barbadostoday.bb/2020/08/12/btcolumn-of-muslims-and-social-justice/ 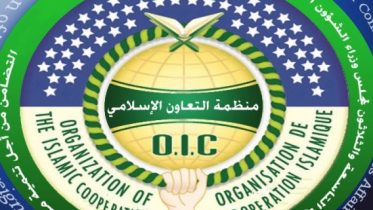 Guyana is participating in the Organization of the Islamic Conference (OIC) 37th Foreign Ministers (CFM) meeting taking place in Dushanbe, Tajikistan.  In the past two…