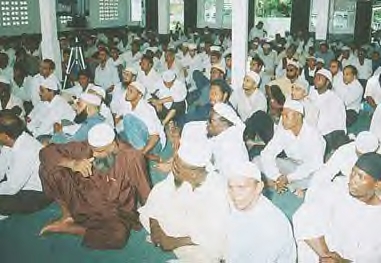 Islam reached the shores of Guyana during slavery when Muslim slaves from West Africa were shipped to work on the plantations and after the abolition of slavery, Islam was reintroduced in Guyana with the arrival of indentured immigrants from British India when more than 90 Muslims of the immigrants on board the Whitby and Hesperus were of the Islamic faith arrived in Guyana. Despite the many obstacles, these great ancestors forever changed Guyana’s landscape. They are the reason why Islam survived in Guyana today. Much later in the 1940s, that generation of Muslim and led by Muslim leaders of Guyana, including the head of the British Guiana Sadr Anjuman, Rahman Baksh Gajraj and many others ensured the further institutionalization of Islam at all levels in the country.

Muslim marginalization in the political dynamics of Guyana needs to be reviewed briefly by accessing Caribbean East Indian Diaspora studies. A review of literature on the East Indian Diaspora written by non-Muslims portrayed East Indians as a homogeneous group. The symbols of one dominant religious group are very visible, while the Muslim presence in Guyana remains largely invisible.  Other West Indian historians have also noticed the exclusion of Muslims in such studies; for instance, Sultana Afroz, Dr. Abrahim H. Khan, and two Surinamese scholars, Ellen Bal and Kathinka Sinha-Kerkhoff attempted to examine this marginalization and the latter two posed the following question to their readers in general, – “is the exclusion of Muslims because religion (Hinduism) is the core of defining the Indian Diaspora”?

Dr. Abrahim Khan in summarizing his review of Caribbean Literature asserts that the omission of the presence and experience of Muslims in the Caribbean is “…hegemonic in its presentation of Indian identity. It presents the East Indian population as a homogeneous socio-religious community which is sensitive to only one set of symbols — those of the Hindu tradition.”

Also, two films released some years ago – “Guiana 1838” produced by Guyanese Rohit Jagessar and “Jahaji Bhai”, a documentary produced by Suresh Pillai, an Indian national – both on the subject of Indian Indentureship, totally ignored the Muslims presence in Guyana. One would get the impression that Muslims do not live in Guyana.  While we commend these two gentlemen for their efforts in their productions, both omitted the fact that there were Muslims on board the Whitby and Hesperus that arrived from India to Guyana in 1838. Also, in an article written by Mark Ramotar on the results of the 2002 population census published on 13 October 2005 in the Guyana Chronicle, Mr. Ramotar provided detailed composition of the religious affiliations in Guyana; however, the percentage of the Muslim population was noticeably missing from his report, even though this breakdown was referenced by the Guyana Bureau of Statistics, it nevertheless was not deemed significant enough to be published in the government news media.

It is within these instances of marginalization of Muslims in Guyana, Muslim organisations need to reassess their goals, complement each other; and support a united front in approaching the government about this marginalization.   This could only be achieve if they are united just like in 1949 when two of Guyana’s prominent Muslim groups, the British Guiana Islamic Association and the Sadr Anjuman merged under the leadership of Moulvi Mohammed Ahmad Nasir and Rahman Baksh Gajraj. Furthermore, in the current PPP cabinet, there are two Muslims and none of the overseas ambassadors of the ruling government is a Muslim. Muslims have never held the presidency of Guyana, the prime ministerial-ship nor a senior portfolio such as foreign ministry. Guyana joined the Organisation of Islamic Cooperation (OIC) and yet to this day no Muslim has been appointed officially as ambassador to that group.

One question that we would like to pose to our Muslim leadership is – What are you as individuals in general and as Muslims in particular doing to foster youths in your outreach programme to coach and encourage them to take on leadership roles in their respective communities but more importantly to represent the Muslim community at the decision-making political level?

Indeed there are other minority and disadvantaged groups such as Amerindians and women who are also marginalized in Guyana; however the focus is on Muslims which we chose to address especially that this is the month of Ramadhan.

Muslim contributes tremendously to the socio-economic sector of Guyana today. For a small minority, about 12% of Guyana’s total population, they account for a large percent of the trade and commerce. This tradition of entrepreneurship dates back to the Islamic culture they inherited from their ancestors and of course the heavy emphasis that Islam places on trade and commerce. Yet, Muslim are under-represented in the current government of Guyana and it could be concluded that it is the lowest ever in the history of independent Guyana.

Today’s Muslims are quite different from those of the 1960s. Muslims today are no longer yoked with their East Indian Jahaji brethrens. There is a separate Muslim identify that exist in Guyana today and amongst the Guyana Muslim Diaspora. In this fast changing world, and aided by strong Muslim institutions in Guyana, the global communication revolution, the globalization of the Ummah, the rise of Islamophobia, no one party should think that they “own” the Muslim electorate of Guyana.

Muslim groups and their leaders should use the strong Muslim electorate to articulate their needs and representation in any government of Guyana, be it PPP, PNC or AFC. They should take a lesson from Suriname and Sri Lanka where Muslims in those countries are visible in the government and parliamentary decision-making process in those countries. A significant percentage of Muslims in Suriname are in the current government of President Desi Bouterse. Suriname also have many Muslim ambassadors – Liakat Alibux (Turkey and advisor to the president), Dr. Anwar Lall Mohammed (OIC and to the Ummah at Large), Nisha Kurban (Guyana), Marlon Muhammad Hussein (Brazil), Shantal Dhoekie (Netherlands), Amina Pardi (Indonesia).

In Guyana, “the government in power is still not using Muslim effectively and efficiently to forge economic diplomacy amongst Islamic countries to bring needed foreign investors and capital joint-ventures to Guyana,” alleged one Muslim. The Suriname Government has set an example of how to involve the local Muslim community to improve relations with the Middle East. The Suriname government’s delegation to the OIC, IDB, ISESCO and visits to Muslim countries always includes a member of the local Muslim community to these meetings. The government of Surinam has seen it fit to appoint a Muslim (Lal Mohamed) as representative to the OIC.

Should the Muslim seek new ministry of Muslim affairs; or call it the Ministry of Minority Affairs- Amerindian, Muslim and Women? Or should the Muslim unite and form a Guyana Muslim Majlis in order to seek political representation for their constituencies? Muslims can make a difference in Guyana, given the current political football being played out today.

Be the first to comment on "Eid Reflection: Muslim Marginalization in Guyana" 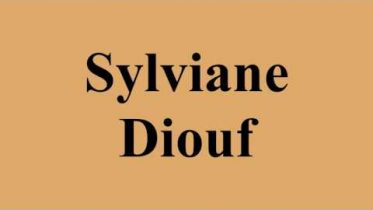