It is deeply abhorrent that the terrorists and thugs who have captured parts of Iraq and Syria can manufacture any claim to Islam to cover any of their actions. They have brought a savage and barbaric violence to the world that is totally against what Islam stands for. No one should give this gang of psychopaths any sense of religious respect. They have no standing in Islam and their leader has absolutely no claim to the revered title of Caliph.

It is worth remembering that the gang of extremists which is now called Islamic State of Iraq and Levant (Isil), started as one of the more violent groups in the Iraqi civil war just over ten years ago, changing both its name and allegiance several times as it moved in and out of alliance with Al Qaida and its chief, Ayman Al Zawahiri. After 2012 it spotted the opportunity of the growing mayhem in Syria, where it took advantage of the war to achieve modest success, and then returned to Iraq to exploit the weakness of the Al Maliki government. When Ibrahim Al Badri took over command of the group in 2010 he promptly changed his name to the more Islamically resonant Abu Bakr Al Baghdadi, and later adding the tribal additions of Al Hussaini Al Qurayshi. All these glorious inventions are designed to fool people into thinking that he has some kind of extra-religious status: Abu Bakr is the name of the first Caliph, Baghdad was the long-time capital of the medieval caliphs, and using Al Hussain and Al Quraysh is designed to manufacture Al Badri’s tribal links to the Prophet (ﷺ).
The reality is frighteningly different. This thug’s followers have committed some of the more obscene acts that humanity has witnessed in many years:

* Beheading hundreds of captured government officials
* Execution of thousands of captured fighters and civilians
* Crucifixion of nine men, one of whom survived
* Burying alive tens of their opponents and their families
* Torture of many and gross kinds
* Kidnapping hundreds of women
* Distributing captured women among Isil fighters as slaves
* Seeking forced conversion to Islam of non-Muslims
* Destruction and looting of millennium-old Muslim and non-Muslim religious sites

One of the more extreme images circulating is that of a six to seven-year-old Australian boy proudly holding up the severed head of a dead Syrian soldier. The boy is believed to have travelled to Syria and Iraq with his father when he left Sydney to join Isil, and who then found it right to post this image on Twitter with the appalling words “That’s my boy!”. It is profoundly offensive that this self-appointed warlord can seek to be Caliph of all Islam. The title Caliph is an integral part of early Islam as the direct successors to the Prophet took on the task of heading both the new Islamic state and the religion. But many centuries later the civil and religious roles were split and the last Caliph to be widely recognised by the majority of Islam was the last Ottoman Sultan Abdul Majeed II. By then the role of caliph was to be a largely symbolic central focus of Islam and all religious authority had moved to the scholars and preachers. It is ludicrous for a war criminal out of the Iraqi civil war to make any sort of claim to the caliphate. Islam has thrived for centuries and has an outstanding record of achievements. It has no place for someone who measures his success by the number of victims he beheads or crucifies.

As published in Gulf News
http://gulfnews.com/opinions/editorials/isil-terrorists-do-not-represent-islam-1.1373601

Be the first to comment on "ISIL DOES NOT REPRESENT ISLAM" 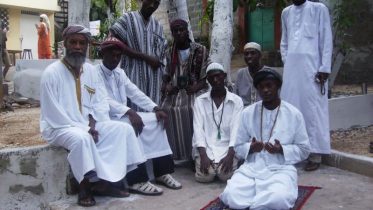 The Muslim support for the Haitians is extensive with various Muslim organizations from the United States, Canada, The Caribbean and United Kingdom on the ground…