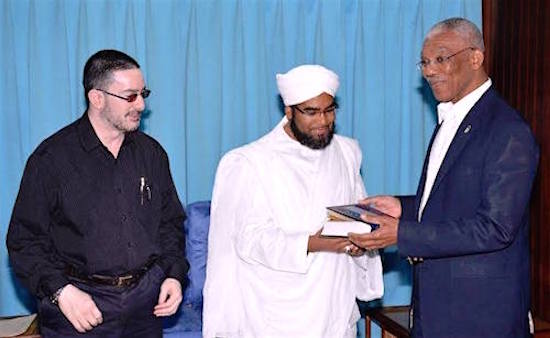 Shaykh Faid Muhammad Said is on a tour of Guyana, Trinidad and Barbados to advise and remind the local Muslim communities of the real essence of the mission, message and example of the Prophet Muhammad (ﷺ peace and blessings be upon him), during the commemoration of the 1,490H anniversary of his birth.  In Guyana, Shaykh Faid is being hosted by the Central Islamic Organization of Guyana (CIOG), Trinidad’s host is the Ahl Sunnah wal Jamaah Institute while in Barbados – DawahBarbados will host the tour.  The tour began in Guyana from the 6th-13th January 2016, then Trinidad from January 14th to January 18th and finally in Barbados from January 19th to January 20th, 2016.

Shaykh Faid Muhammad Said was born in Asmara, Eritrea, and began his studies under Shaykh ‘Abd al-Qadir Hamid, (Grand Judge of the Islamic Court) as well as Shaykh al-Amin Usman al-Amin (Grand Mufti of Eritrea), and others. He went on to study at the Islamic University of Madinah where he received a BA Hons with the “Highest Degree of Excellence.” His studies were supervised by some of the greatest scholars of the Hijaz including Shaykh Muhammad Attiyya Salim (Student of Imam Muhammad al-Shintiqi), Shaykh Muhammad Ayun (Imam of the Prophet’s Mosque), and Professor P. Abdul Raheem (author of the famous Madinah Arabic books).

Shaykh Faid also has a Diploma in Computer Science and a Diploma in Media. He has a UK Certificate of Higher Education. He has been a lecturer at the King Fahad Academy London, Scholar at Qatari School London, Director of the School of the Islamic Cultural Centre London, Chairman of the Board of Southwark Arabic School and Dean of al-Madinah College London.

Shaykh Faid has been teaching at Larayb Institute for Education since 2013 and was appointed in August 2014 as a Resident Scholar at Harrow Mosque with responsibility for Friday sermons, teaching and counseling.

Muhammad ﷺ was born in Makkah in the year 570CE(-53H).  He is the last prophet sent by God to mankind to restore Islam,  the unaltered original monotheistic faith of Adam, Abraham, Moses, Jesus, and other prophets.   As he grew up, he became known to be truthful, honest, trustworthy, generous, and sincere.  He was so trustworthy that they called him the Trustworthy. Muhammad ﷺ was very religious, and he had long detested the decadence and idolatry of his society.
At the age of forty, Muhammad ﷺ received his first revelation from God through the Angel Gabriel.  The revelations continued for twenty-three years, and they are collectively known as the Quran.

As soon as he began to recite the Quran and to preach the truth which God had revealed to him, he and his small group of followers suffered persecution from unbelievers.  The persecution grew so fierce that in the year 622 God gave them the command to emigrate.  This emigration from Makkah to the city of Madinah, some 260 miles to the north, marks the beginning of the Muslim calendar.

After several years, Muhammad ﷺ and his followers were able to return to Makkah, where they forgave their enemies.  Before Muhammad died, at the age of sixty-three, the greater part of the Arabian Peninsula had become Muslim, and within a century of his death, Islam had spread to Spain in the West and as far East as China.  Among the reasons for the rapid and peaceful spread of Islam was the truth and clarity of its doctrine.  Islam calls for faith in only one God, Who is the only one worthy of worship.

The Prophet Muhammad ﷺ was a perfect example of an honest, just, merciful, compassionate, truthful, and brave human being.  Though he was a man, he was far removed from all evil characteristics and strove solely for the sake of God and His reward in the Hereafter.  Moreover, in all his actions and dealings, he was ever mindful and fearful of God. 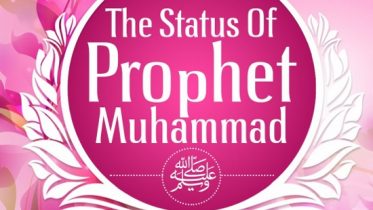 A recent  publication, in its enthusiasm to label the celebration of the Prophet’s (ﷺ) birthday as bida or innovation in religion, asserts that we are…