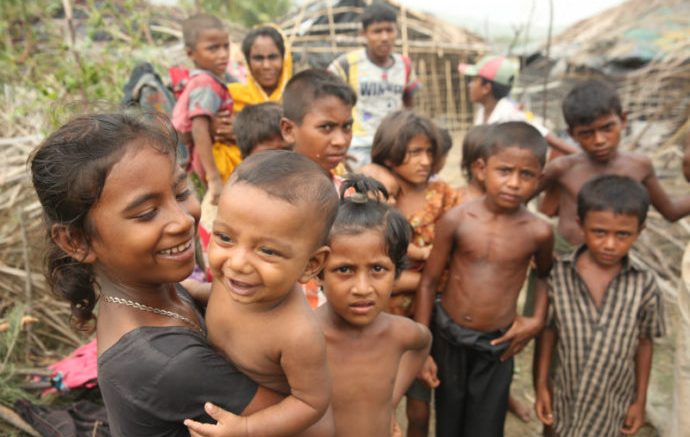 Genocide of The Rohingyas.  On November 22, Myanmar and Bangladesh signed a Chinese-brokered accord for the tentative repatriation of hundreds of thousands of refugees currently living in Bangladesh. The agreement will in principle allow for the return of over 620,000 Rohingya refugees, most of whom fled Myanmar in the wake of a September/October government-backed military crackdown under circumstances that many, have dubbed genocide.

News of the repatriation agreement has been generally well received by the international community. The majority of States undoubtedly breathed a sigh of relief that they would not be forced to wrestle with the intricacies and international legal implications of—as French President Macron uniquely dubbed the crisis—“this genocide … which is unfolding.” After all, under international law, for one State to acknowledge that a genocide is occurring in another obliges the recognising State to act to stop the atrocities.

Yet for all the world’s lofty “never again” rhetoric in the aftermath of the Holocaust (when the Genocide Convention was enacted), what nations would wish to embroil themselves in yet another far-flung conflict—this time in a location of little geopolitical or economic significance to most major world players? And what chance would the United Nations take any action, particularly with China—one of the few players with important ties to Myanmar and major investments in the region—holding veto rights on the Security Council?

The ongoing repatriation negotiations have thus provided the international community an “easy out.” Considering that most of the world’s population had not heard of the Rohingya until this most recent and severe refugee crisis, governments no doubt expect their constituents to return to their initial, blissful ignorance—content in believing that, despite the humanitarian catastrophe the world had just witnessed, the Rohingya would be returned to their ancestral lands and allowed to carry on with their lives in peace.

When it comes to the repatriation deal presently on the table, however, the devil is in the details. To begin with, the version of the agreement to which Myanmar has tentatively agreed involves returning Rohingya refugees not to their home villages and lands—many, if not most, have been razed and had their crops stolen anyway—but rather, to newly constructed “model villages.” But if past practice offers any indication, these “models” are more likely to resemble concentration camps or ghettos than, say, the model “Millennium Villages” that the term is likely intended to evoke.

Rohingyas Not Welcomed Home in Myanmar

Yet perhaps more importantly, given the present political climate in Myanmar and the state of public opinion against the Rohingya, the lives to which the Rohingya would return are highly unlikely to offer much improvement over their present living conditions as refugees. In fact, under international law, the conditions the Rohingya endured in Myanmar prior to the present crisis already met the criteria for “genocide.” Indeed, other organizations recognized this fact at least as early as 2015, when the International State Crime Initiative release a report decrying the situation of the Rohingya as genocide—all well before any State-sponsored campaign of terror of the magnitude just witnessed had been carried out. Moreover, despite the squalid living conditions most Rohingya refugees now endure in makeshift refugee camps, many of those who have spoken out have nonetheless expressed visceral reluctance at the thought of returning to Myanmar.

The reasons for such intense reticence are self-evident. The list of long-suffered rights violations is long, including such diverse abuses as restrictions on marriage and births, routine extortions for minor “offenses” and to procure basic government documents, confining meetings to groups of no more than five individuals, and limitations on permissible building materials and structures. Yet to speak to virtually any Rohingya from Northern Rakhine is to learn that perhaps the most egregious abuse is one that, upon first glance, appears the most benign: specifically, restrictions on Rohingya movement, which have grown ever tighter in recent years.

Indeed, shortly before the August violence erupted, virtually all Rohingya living in Northern Rakhine with whom I spoke reported that even visits to neighbouring villages—let alone townships—were fraught with difficulty, requiring layers of travel authorisation that were at best difficult and expensive to obtain (and at worst, without authorisation, highly dangerous). Such restrictions appear harmless in that the government claims they exist for the protection of the region’s entire population, including both Rohingya Muslims and Rakhine Buddhists, in light of past spates of intercommunal conflict.

The Rohingya’s lived reality of these restrictions, however, is much different: for they prevent most Rohingya from such basic livelihood activities as travelling to local markets to sell their products, trading directly or sharing resources with nearby villages, or even gathering firewood. Indeed, despite the growing disdain for the Rohingya propagated over social media in Myanmar, many Rohingya and Rakhine villagers expressed to me a desire (albeit a cautious one) to resume interactions between villages, noting the costs that both sides have borne.

The restrictions also prevent most village-born Rohingya from procuring adequate medical attention, attending school and university, or obtaining professional employment. As a result, Rohingya livelihoods and quality of life have spiraled exponentially, resulting most immediately in heightened levels of poverty and malnutrition. These seemingly benign restrictions on movement alone thus amount to at least two of the five genocidal acts set forth in the Genocide Convention: namely, “causing serious bodily or mental harm to members of the group” and “deliberately inflicting on the group conditions of life calculated to bring about its physical destruction in whole or in part.” (This is to say nothing of the remaining genocidal acts, which one might easily argue Myanmar has also perpetrated.)

All that said, it comes as little surprise that so many Rohingya recoil at the thought of returning to Myanmar. “Model villages” have been promised—but this from the civilian arm of a government whose security forces have in recent weeks committed such grave atrocities as looting and razing entire villages, murdering civilians, gang-raping women, tossing babies into fires, and even setting landmines behind fleeing villagers to prevent their return to Myanmar. Is it any wonder, then, that the Rohingya would not only question their quality of life upon return, yet now also fear for their very lives?

No doubt, of course, the entire watching world would love nothing more than to see the Rohingya returned to and settled peaceably on their ancestral lands in Northern Rakhine. Yet it will take far more than promises of “model villages” to persuade the Rohingya of their physical security—let alone their ability to pursue a promising future for themselves and their families—upon return.

The military arm of Myanmar’s government, despite its minority status, surely continues to wield significant power within Myanmar, and it is this power that has permitted the recent atrocities to unfold. Yet it is the government’s now-majority civilian arm, led by domestically (and once internationally) beloved Nobel Peace Laureate Aung San Suu Kyi, that wields the power to stand in the name of human rights and attempt to counter the racist-nationalist vitriol that has taken root across the country. The time for Suu Kyi and her government to do so is well overdue. No doubt, adopting such a stance presents serious risks to Suu Kyi’s political career, not to mention risks to the fledgling democracy and sense of national unity that she has devoted her life—indeed, sacrificed her own freedom—to build.

Yet failure to do so may risk something much worse: not a genocide in bloom—but rather, a genocide accompli. 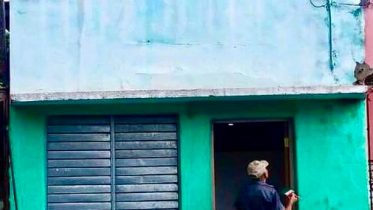 With the blessed month of Muharram upon us, we are pleased to present a new masjid in Santiago de Cuba, Cuba.  The Imam and the…