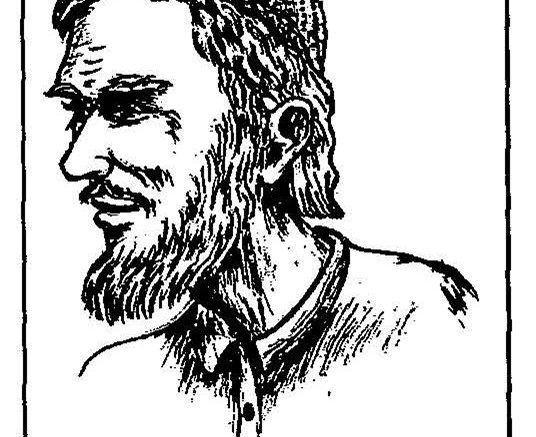 Trinidad, 1898:- Gareeb, aka  Abdul Gulab, was the first child of Peerally and Kosemeea. He was born at California around 1881.  When his father Peerally left California to do contract work at Poole, Gareeb, together with other children, except Isahak and Raismee, accompanied him. From there Gareeb married Jamoorath of Biche.

Gareeb settled in Biche where he bought a small 5 acre estate at Wade Local Road. This estate consisted of cocoa and coffee. Gareeb was a tailor by profession but he also did transport work with his donkey cart. He was mild in character and very easy going. He was the first in the Peerally family to purchase a motor car, a three peddle Ford, registration no. P. 1241.

Gareeb had eight children. They were Gool, Kadiran, Haniff, Nagiran, Hadikan, Azim, Sadick and I Hakiman. Nagiran died 1 to 2 months old and Hakiman died 1 or 2 years old. Today there are only two alive, Hadikan and Sadick.

While at Biche, Jamoorath’s brother Gafoor and wife Gafooran died leaving six young children – Ayoub, Abidh, Nazar, Naboodan, Hajabiah and Hazra. Gareeb and Jamoorath took these children and brought them up. Jamoorath later arranged the marriage of Naboodan to Mohammed Hosein also known as Moon of Rio Claro, who was employed by De Verteuil to work on his estate. Eventually, by dint of hard work, Naboodan and Mohammed Hosein were able to buy over the entire De Verteuil estate consisting of hundreds of acres for $85,000.00.

Murtaza Hosein, also known as Manee, son of  Nanka was also brought up by Jamoorath. it is interesting to note that Gareeb’s own children and these children always lived as brothers and sisters. The terms bhaiah and bahin were always used by the juniors when addressing the seniors.

Gool was married to Baheedan. Baheedan’s father walked all the way from Mayaro to Biche, a distance of about 30 miles to ask Gareeb for Gool’s hands in marriage to his daughter Baheedan. They had three children. They are Shamiroon, Hashiroon and Noor. Gool was fatally shot in Biche. His son Noor was born after his death. Today, Shamiroon and Hashiroon are alive their husbands Amjad and Shaidool have both died.

Kadiran was married to Shair Mohammed aka Dole. They had twelve children. They are Razack, Shadrudeen aka Tazim, Mustapha aka Sheriff, Zorida aka Zorina, Naiz, Nadir, Mobarakh, Allamudeen, Zeena, Eniath aka Sonaboy. Two other children died in infancy. Today there are five of them alive – Mustapha aka Sheriff, Naiz, Mobarakh, Zeena and Eniath. Haniff was married to Subratie’s daughter Sheila of Moruga. They had seven children who are Rasheed, Shaheed, Wazir, Shirley, Rafeek, Shaffick aka Dovi and Hafeez. Haniff died at a fairly young age of 52 years. His eldest son Rasheed has also died. His six other children and his wife Sheila are all alive.

Hadikan was married at 16 years of age to Hosein Sabaj while she was still at Biche. They were married for 65 years and had twelve children. They are Hashamin, Mazmeen, Usman aka Hassad, Fahameen, Halima, Jumeeoul, Zahida, who died at age five, Shafyatt, Rafayette, Zanifa, Hafeeza aka Hanifa and Shareeza. There are 42 grandchildren and 30 great grandchildren. Of the twelve children, the following have died. Usman aka Hasaad, Zahida, Shafyatt and Rafayette.

Hosein Sabaj, whose father also came from India as an indentured labourer on the 15th September 1891, died on the 2nd April 1995 at age 83 years. Most of Hosein’s children live abroad.

Azim aka Sahadath was married to Zalina. They had six children. They are Ashraph, Fazal, Farida, Zobida, Zalaha, Shaliza. Both parents and the last child Shaliza have died. Zalaha resides in Canada., The children and grandchildren are mainly involved in business activities.

Sadick is married to Jaitoon. They have three children. They are Afroze, Zahid and Zenora. They are all alive. Both parents are well advanced in age and lately they have not been enjoying the best of health. 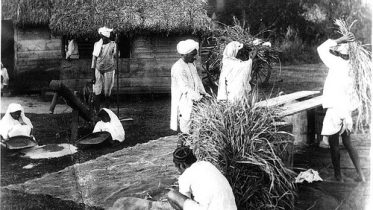 The spirit of jihad in Jamaica and the West Indies entered a new phase of peaceful consolidation following the jihad of 1831-32; that of replacing…