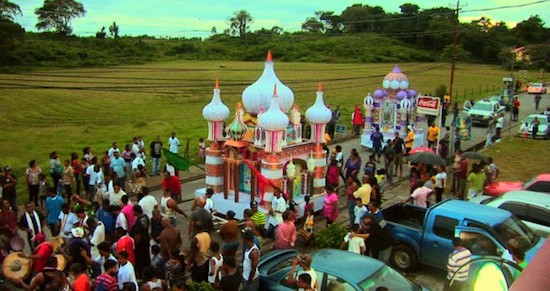 The quiet fishing village of Cedros in south-west Trinidad comes to life in Ten Days of Muharram, a documentary which unveils events of one of T&T’s most eventful and cultural festivals— Hosay (Muharram). Written, produced and directed by Ernest Che Rodriguez, the one hour and 46 minute-long documentary in its first few minutes breaks the barriers of religion in Trinidad, a community where Hindus, Christians and Muslims bond together to observe Hosay, in the first month of the Islamic lunar calendar which commemorates the martyrdom of Hassan and Hussain (Hussein), grandsons of the Prophet Muhammad (ﷺ).

Hosay in Trinidad is unique. Shiite Muslims emphasise it as a solemn observance, however, the many dimensions of Hosay are documented in the film with little emphasis on solemnity and more on culture and building the bridges between different faiths in the Cedros community. The story behind the ten days in which Muharram is observed is quite touching. Through a collage of images, revealing interviews and narration, this film goes deep into the history of Hosay in Cedros.

Dr Satnarine Balkransingh explained the historical background of the annual ritual. He noted that it plays a significant role in shaping the form and format of its present day observances. Balkransingh was documented in the film explaining, “Muharram is the first month of the Islamic calendar and is usually marked by fasting and prayer. In 679 AD, on the 10th day of the month of Muharram (known as Ahsura), Hussein, his family and companions were ambushed on the way to Kufa because he would not pledge allegiance to Yazid, the second son of Umayyad Caliph.

“Shia Muslims, grieving at the circumstances of the slaughter of Hussein and his family, mourn their deaths for ten days annually during the month of Muharram. On the 10th day, Imam Hussein’s slaughter and final martyrdom is commemorated in a dramatic procession on the streets.”

The film goes a long way in documenting all the aspects of the festival. Rodriguez said his aim was to catalogue as many vibrant aspects of the festival as possible. The project was endorsed by the Ministry of Arts and Mulitculturalism. “The Ministry of Arts and Multiculturalsim is trying to document as many as our cultural customs as possible. This is where I got the drive to document the Cedros Hosay. Most people are familiar with St James Hosay but hardly anybody knows what happens in Cedros. Cedros is peculiar. 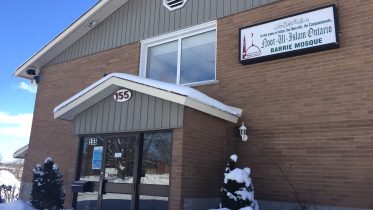