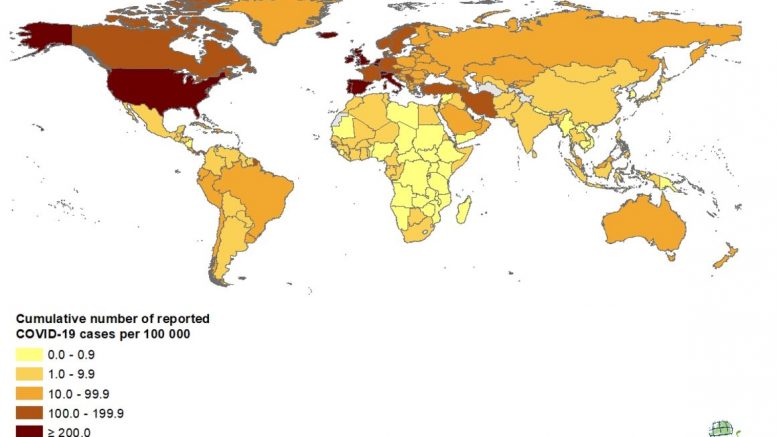 This evening Muslims across the Caribbean will scan the skies in search of the crescent moon to usher in the blessed month of Ramadan. Traditionally for many Caribbean Muslims looking for the crescent entails a trek to the shores of the crystal clear turquoise waters of the Caribbean Sea. On the white sandy beaches in Barbados and several other Caribbean islands, from Grenada in the South to the islands of the Bahamas in the North, groups of Muslims would assemble witnessing the splendor of the setting sun in the tranquil Caribbean Sea heralding in Maghrib prayers while enthusiastically searching for the new moon to start Ramadan. On the larger islands, that search for the crescent may be from the higher elevations like the famous Blue Mountains in Jamaica or the Northern Range of Trinidad. For the less adventurous looking for that crescent would have been from the balconies of the Mosques.

But this year is very different. The pandemic COVID-19 now engulfing the world has not left the beautiful, pristine countries of the Caribbean unscathed and has imprisoned us in our homes. Like so many countries across the globe, people in the Caribbean have had to stay at home and only venture out for basic necessities. Places of worship, inclusive of Mosques are closed and the Azan (call to prayer) that emanates from these Mosques have fallen silent. 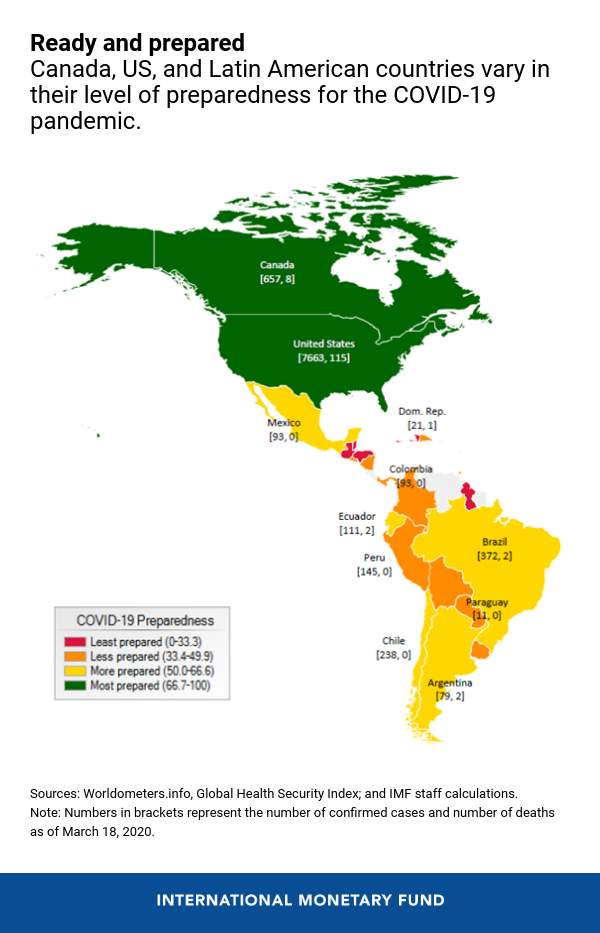 The search for the new moon to start the blessed month of Ramadan this year will be from our own balconies, gardens, or the backyards of our homes. A vast departure from what we have been accustomed to.

Most, if not all,  island nations that make up the Caribbean archipelago have confirmed cases of the dreaded virus and deaths as a result. Some countries have closed their borders and shut down all activities while others are gradually implementing the various protocols as set out by the World Health Organization.

The Muslim community of this region has been significantly impacted by the tentacles of this virus which doesn’t discriminate between race, creed, or economic standing. Facing the same challenges as their counterparts in other parts of the world Muslim communities in the Caribbean are struggling to come to grips with the best options to safeguard their vulnerable members from the spread of this virus.

Fiqh (interpretation of sacred law) issues and historical precedents in the Muslim ummah at the time of plagues have come alive again with each day’s onslaught of the Coronavirus.

Trinidad and Tobago, among the first countries of the region to shut down most of its activities, has a large Muslim population. This Muslim community has several Islamic organizations and over 100 mosques. Consensus could not be reached on shutting down the mosques but the majority chose to follow the Government’s call to limit or cease public gatherings and closed their masjid for all prayers including Jumma (Friday congregational sermon and prayer). Some chose to remain open but put limits to the numbers who could attend and implemented spacing in the rows and other hygienic protocols. Some persons and leaders lamented the closing of the masajid and appealed for Muslims to go to the houses of Allah and not stay away especially at this time.

As Corona cases increased across the region Muslim groups put out bulletins and advisories shared widely on social media urging Muslims to pay close attention to the protocols set out by their respective Governments and health authorities. Several while not closing off their masajid fully, asked that older persons, the sick and young children not attend the five daily prayers or Jumma. Many stopped other religious activities and closed Islamic schools and madaris. The Tabligh Jamaat curtailed all of its overseas visiting groups, and cancelled a gathering scheduled to take place in Barbados.

Joint statements by the two largest Islamic organizations in Guyana, CIOG and GIT, advised first that “we do not believe the situation warrants a cancellation of the obligation of Jumu’ah” And then subsequently advised it best that everyone stayed at home and pray there, closing off their masajid fully.

Mezquita Nur Al-Din in the Dominican Republic in their Advisory in Spanish quoting the Hadith of the Prophet Muhammad (upon whom be peace) narrated by Abu Hurayrah: “Flee from the leper like one would flee from a lion” announced the suspension of all prayers in the Masjid for a period of 15 days starting March 19. The number of coronavirus cases and deaths in the Dominican Republic was increasing significantly.

Imam Yunus Fasasi in Puerto Rico reported that the Muslim community there is cooperating with the Government regarding social isolation and movement restriction and, pending final agreement by the Board of Trustees, for all the Masajid Jummah prayers be suspended until further notice.

Jamaican Muslims reported that two Muslims there were confirmed with the virus. These two came from Malaysia and the brothers who were with them were in quarantine in hospital and some families who were in contact with them at the Central Masjid in Kingston were in self-quarantine. Suspension of all activities and prayers including Jumma prayers eventually was enforced.

Shaykh Idris Ahiwa of Dominica reported that the country’s Epidemiologist is a Muslim, Dr. Ahmad and he addressed the Muslim community in Dominica at a Jumma sometime ago about the virus. They also advised their community to stock up on basic necessities.

Guadeloupe and Martinique both reported the closure of their respective masajid due to Government directives confining persons to their homes.

One masjid in Grenada suspended all congregational prayers and Masjid Quba in Bermuda limited their attendees eventually closing off the masjid entirely.

In Barbados the committees of the main masajid on the island met to plan a joint strategy. The masajid agreed on several protocols going forward including the removal of towels from the wudhu (ritual washing before prayer) area, the use of disposable cups for drinking water from the water fountains, requesting wudhu be made at home and reduce interaction at the masjid. In light of Barbado’s first cases of the Coronavirus, gatherings were restricted to 100 persons or less so the masajid decided to each hold two jummahs catering to 100 or less in each gathering. Subsequently, the Barbados Government announced gatherings of 25 or less so a decision was taken on the continuation of Jumma prayers and the other five daily salaat (prayer) with no more than 25 persons praying at a time. Eventually, all masajid were shut down as Government instituted curfews and severe restrictions on movement out of homes.

The Caribbean as a region has over 2000 reported cases of persons who have contracted the virus. While these numbers are not high compared to other parts of the world it is a worrying trend for the Governments. Struggling economies, high unemployment, and increasing crime all present a deadly mix in trying to come to grips with the sure fallout of the virus spreading in the region. Some Governments have already announced economic packages aimed at mitigating the resulting challenges in the short term. Barbados Prime Minister, the Honourable Mia Amor Mottley, who is also Chair of CARICOM has been at the forefront with other leaders in the region seeking to put systems in place to help stave off the fallout.

Muslim communities will have to play their part in helping Caribbean societies grapple with this pandemic. Limiting social gatherings through closing off the main institutions where Muslims assemble is but one step. Preparing and helping the communities for the long term health, mental, and financial challenges will also be important steps that each Muslim organization and group will have to take. The Islamic Council of Jamaica was one of the few in the region who emphasized support for the socially vulnerable and isolated in their advisory on the COVID-19 pandemic. They gave specific steps on how this could be carried out in the current situation.

The Muslim community in Barbados was lauded by the Government appointed Czar for the COVID-19 response, Mr. Richard Carter, as Jama Masjid in the capital Bridgetown distributed hundreds of food hampers to the needy in the vulnerable neighborhoods around the Mosque.

In two, first of its kind, webinars the Caribbean Muslim Network brought together Muslim representatives from across the region to discuss the COVID-19 impact on Muslim communities in the region. Several issues were discussed and plans formulated. These webinars opened up new possibilities for Muslims in the region who traditionally due to their distances and restrictions on travel were unable to meet but could now do so with relative ease and comfort due to the use of technology.

The pandemic has changed our way of life as we know it. God-willing we will get through it. For Ramadan this year Muslims in this region will likely be spending the time indoors with their families starting and breaking fast together, praying together and reminiscing about the experiences of past Ramadans.

One call that has been echoed by all the Muslim leaders, Imams and Islamic scholars of the Caribbean is to turn to Allah the Almighty and make constant duah (supplication) for the safety, good health and protection of all from the calamity of this pandemic.

May the Almighty shower us with his unlimited Mercy and Compassion and forgive us our shortcomings. 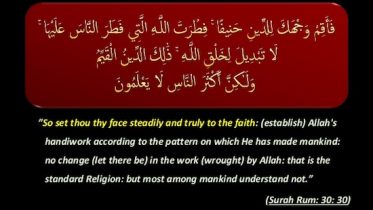