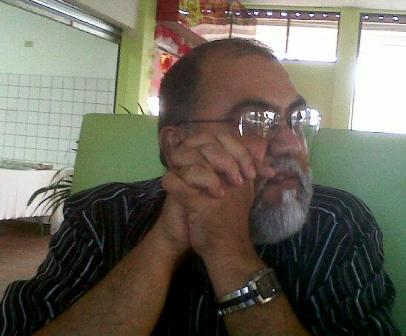 Bakewell owner Naeem Nasir, 52, passed away on Tuesday at the Balwant Singh Hospital at around 11.15 pm after a period of illness and was interred yesterday at the Crane cemetery.

That was following the Jannazah (funeral service) held at the Merriman Mall opposite the Queenstown Mosque and close to Nasir’s North Road home.

Nasir inaugurated the popular bakery 24 years ago and later expanded the business to include the Roti Hut and the Rituals coffee shop at the Cheddi Jagan International Airport, Timehri.

He was also well known for his philanthropy.

A large number of persons gathered to pay their last respects to the businessman.

Also present were President of the Central Islamic Organization of Guyana, Fazeel Ferouz and Murshid (leader) of the Guyana Islamic Trust, Haseeb Yusuf as well as members of the private and public sectors.

An orderly line for more than half an hour of viewing,

The wooden coffin, draped with a green mat designed with Arabic calligraphy was opened for viewing immediately after it arrived around 2:15 pm. Many persons rushed at the same time to have a glimpse of the body.

But this was quickly brought under control and there was an orderly line after a few men held hands to form a chain. After more than half an hour of viewing,  verses from the Holy Quran were recited in Arabic.

A request was also made on behalf of the family for persons to “forgive” Nasir if he had done them anything wrong. Mostly the men then proceeded to perform the Jannazah prayer.

Nasir’s brother, Moulana Siddiq Ahmad Nasir also made an emotional supplication before the body was taken away. His wife, Annette, and children, Aneesa, 15, son, Ahmad, 8 and his sister, Aleema sat composed.

In an invited comment, President Ramotar said “Naeem lived too short a life, I think. But in the short life that he lived, the quality of that life was what was important. He touched many, many people…”

The president said too that “as you can see, in only a very short while after he died, less than 24 hours so many of us have gathered here to pay respects to him. It tells about the quality of life that he lived.”

He said too, “I know that the poor people, many charities would have lost a dear friend. I personally had known him fairly well and I know that he was a good man and he lived a good life. His family can take comfort from that.”

He extended his deepest sympathy to Nasir’s family on behalf of his family and the government of Guyana.

Minister Manickchand said Nasir “was a truly good man… somebody gone too soon. That is a cliché mostly used when someone dies but in this case this is accurate…”

She said too, “This is somebody who has been generous to a fault.

He has lived a life that we could justly emulate and be proud of. He leaves a legacy for his family and for that they should be really grateful.”

The minister mentioned the soup kitchen that he has “started to put up on Brickdam [and] it’s almost finished. That was completely an effort where he expended himself.”

She said too that, “He has just finished refurbishing the tennis court at President’s College. This is just someone we could have relied on.

Jacob Nanan told Stabroek News he had spent the last 23 years working with Nasir and during that time, became very close to him.

“We’ve worked together for so many years so it’s like we’ve formed a family… he treat all his staff like family,” he said last evening during a brief telephone interview.

Nanan, who is currently the Manager of Pizza Boy, said that Nasir was very kindhearted and was always available to lend a helping hand. “He was a very nice person,” he concluded.

The General Manager of Bakewell, Rajin Ganga, shared similar sentiments. “He was a very good person… very religious. He believed in giving to the less fortunate. Once there is a need to help, he would do so without hesitation and he never advertised it. He was very low key,” he said.

Ganga said he worked with Nasir for over fifteen years and always considered him to be a good boss.

His close friend and former manager of his business, Wazir Baksh, told this reporter that Nasir was admitted to the hospital last Wednesday after he took in around 5 am with a “sharp pain” in his head. He had just completed his Fajr [morning] prayer.

The businessman was rushed to the hospital and later in the evening he fell into a coma. He suffered from bleeding in the brain.

Relatives were making arrangements for him to travel to Orlando, Florida to seek further treatment. But doctors here advised them against it due to his deteriorating condition.

Baksh recognized Nasir for being a “remarkable human being who touched many lives.” He said many persons were present at the hospital on a daily basis to cheer up and offer support to the family.

Nasir was also the owner, together with his wife, of Roti Hut and franchise holder of Rituals Coffee, Pizza Boy and  Edy’s Ice Cream. He was described as a humble but principled person and was known for his “outstanding contribution to humanitarian efforts. He supported a lot of people in and out of Guyana.”

He was part of the board of the renal clinic and of President’s College and also supported the Kashif and Shanghai football tournament.

Baksh said “Naeem would never let anyone go hungry… He distributed bread daily to various depressed communities in and around George-town and also gave support to Buxton.”

Baksh recalled fondly that Nasir “treated everyone, especially his workers equally… They [workers] felt as though they were part of his family. He would sit in front of his business in the afternoons and anyone would go and sit with him.”

In March last year, the government announced that Nasir was partnering with it to construct and establish  a soup kitchen on Brickdam, next door to the Palms Geriatric Home.

The kitchen is expected to cater meals for over 2,500 persons per day, including but not limited to persons who find themselves displaced and on the streets.

The facility was to have been finished by last August but there have been delays.

The Bakewell website had this to say about the founding of the bakery.

“The rise and success of the Nasir Food Group is a story of  Vision, Entrepreneurship, Commitment, Cooperation and Hard Work. It all begin in 1988 when Naeem Nasir left his secure job at the National Bank of Industry and Commerce Limited and Annette Nasir gave up her hair dressing salon business and plunged into the bakery business to exploit the huge opportunities available following the reintroduction of  wheat flour, the liberalisation of the foreign exchange market, and an economy averaging 7% growth.

The combined turnover has moved within the space of twenty two years from zero to over US$6 million. Yet, as this profile demonstrates, the Nasirs have kept their focus firmly on food and beverages produced and offered under strict hygienic conditions, meeting the needs of a more demanding and competitive marketplace, even as they move from strength to strength.”

Be the first to comment on "Bakewell owner laid to rest" 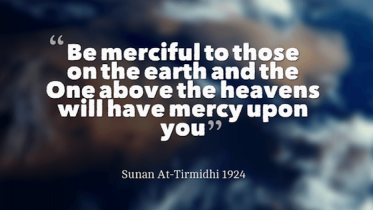 EID UL FITR (2010) Allahu Akbar………… Allah says in His Holy Words: Verily, this brotherhood of yours is a single brotherhood; and I am your…