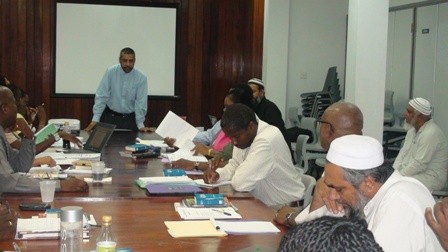 Early in 2011 the BMA approached the Ministry of Education with the idea of hosting the workshop.  The Ministry warmly embraced the idea and after meeting and exchanging emails and correspondence on the workshop it was agreed that the date of October 6th would be the best option for holding the workshop. The Ministry agreed to send out invitations to all the public and private secondary schools on the island asking the RE teachers to attend.  There are 28 public and private secondary schools.

In setting the agenda it was decided that Mohammed Haseeb Yusuf of Guyana and Mirza Ali-Mohammed of Trinidad be brought in to conduct the workshop as they were both involved with CXC in developing the Islamic component of the syllabus. The BMA also decided to bring in appropriate literature to be given as gifts to the teachers for their RE departments.  Two books in particular were sourced, Islam in Focus and Historical Atlas of the Religions of the World.  Copies of the English translation of the Holy Quran were also given to each participant.

In addition to the two overseas presenters, a presentation on Islam and Muslims in Barbados was done by Sabir Nakhuda, a Muslim from the Barbados community currently finishing his research on the history of Muslims in Barbados, as well as a presentation by CXC’s person in charge of Religious Education, Suzan Boodoo-Murray, giving an overview of the Religious Education syllabus.

At the workshop 16 schools were present with one school sending 2 teachers. The sessions were interactive and participants asked several questions. The overall view by the participants of the workshop was very positive, all said it was necessary and welcomed, as well as they learnt a great deal, some indicated they would take up the offer to invite a Muslim to speak to their class or ask to visit the masjid.  Some commented on the need for the Ministry to get the other religions to do similar workshops.  The workshop has come against a backdrop of calls from various persons and organizations including the Minister of Education for the reinforcement of moral and religious teachings in schools. 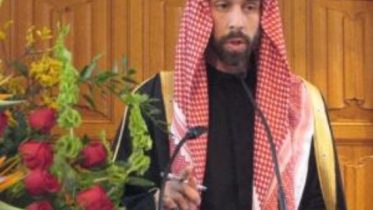