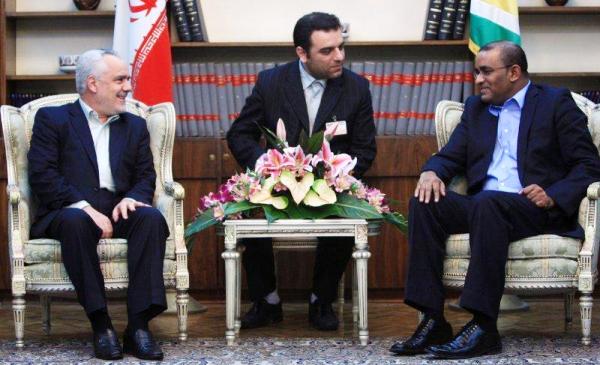 Since the visit of President Jagdeo to Tehran, all sorts of unfounded accusations, baseless speculations and superfluous insinuations, most expressing anti-Iran hysteria, have appeared in the Guyanese media condemning the visit. Some interpreted the presence of President Jagdeo in Iran as an anti-America move and indicative of a choice between former U.S. President George W. Bush’s “you are with us or you are with them.” Some suggested that the Guyanese President’s criticism of the U.S. decision not to allow some regional leaders to visit Haiti amounts to anti-American rhetoric. The horrific drama of Haiti was unfolding while Jagdeo was in Tehran, and during bi-lateral talks with Iranian leaders, the issue of Haiti was raised. Choosing to comment on the Haitian tragedy in Iran was again perceived as joining the “the axis of evil” camp against the U.S.

The U.S. and Iran share some common interests in the region, and I would like to espouse on this. Iranians hail from an ancient civilization that contributed tremendously to the world of science, medicine, mathematics, astronomy and architecture. Iran is not a nation of tribes. The Pars struggled bitterly to preserve their civilization against a wave of invaders, namely, Greeks, Mongols and Arabs. They adopted Islam after the Arab invasion but persianized it by adopting Shia Islam. Anecdotally, from visiting the country, I have found that Iranians talk very little about Islam. They enjoy discussing poetry, politics and their Zartosh (Zoroastrian) past.

This brings me to the subject of the Taliban, whom the Iranian mullahs have branded as barbarians. When these religious zealots destroyed the statues of Buddha in Afghanistan, Iran was one of the first countries to condemn their actions as barbaric. Around the same time, the Iranian embassies in Kabul was bombed, and many Iranians were killed. Iran was on the brink of war with the Taliban. It was not Iran that brought the Taliban to prominence, and neither were Iranians found in Afghanistan fighting the “jihad.” The conspiracy theory to connect Al Qaeda and the Taliban to Iran by the pro-war right has been proven unfounded (Asia Times: 5 September 2009 and 13 June 2009). Instead, the Americans and its Sunni clientele-states should be more worried about curbing Sunni extremism in lands plagued by illiteracy, poverty, dictatorship and ignorance.

Iran and the U.S. share similar interests and objectives in establishing security in Afghanistan and Iraq. Iran is building roads and hospitals in Afghanistan. Both countries want to see an end to narco-trafficking from Afghanistan. The U.S. and Iran are foes of al Qaeda and of the Taliban. It is only a matter of time before we see these two great nations join hands to defeat extremism in the region.

The Taliban-al Qaeda marriage has posed a difficult challenge to Iran. Al Qaeda does not see Iran as a Muslim nation. It is no secret that Al Qaeda has no love for Iran and that they are bitter foes. Iran has stayed neutral in Afghan affairs since the Soviet invasion in 1979. The Mullahs of Iran are shrewd and calculating; they play a game of realpolik in a region that has had a turbulent history since World War I, and the world will have to deal with this reality. Hence, it is naïve to condemn the Guyanese leader for visiting Iran.  The world needs dialogue and engagement. Even US President, Barack Obama is dealing with Iran.

The hysteria echoced by many letter writers and media outlets in Guyana comes as no surprise. Iran has been demonized by the media too often. Some argue that Iran will export the revolution to the jungles of Guyana and that Hezbollah cells will become operative here. One writer incorrectly charged that the UN has placed Iran under sanctions and has labeled Iran “a rogue nation” that is part of “the axis of evil.”  The linking of Guyana to the “axis of evil” club by the opposition party, the AFC, alleges a connection between the government of Guyana and Iran over a uranium deal. Such conspiracy theory echoes the same brouhaha of Iraq getting uranium from Niger as a justification for war.  The AFC’s conspiracy theory is mere political mischief in its confrontation with the PPP and looking to score political mileage from the neo-right conservatives. This wild and lubricious propaganda has no validity. Iran can get uranium faster from its African allies, why would it seek uranium from Guyana, which lies on the geographical periphery? If indeed Iran is building nuclear weapons as suggested by the U.S. and its allies, Tehran is not wasting time with Guyana, which does not produce uranium. Iran would rather have it immediately to deter an imminent Israeli attack. The mullahs of Iran are not waiting for another ten years when Guyana might produce the yellow cake. The nuclear issue in Iran is a pressing one, and is a matter of national pride.

Another political commentator equates Shah Reza Khan to Nelson Mandela. The Shah’s disregard for democracy and human rights typified by the current Islamic Republic sets him apart from Mandela. Reza Khan was brought to power by two Anglo-American sponsored coups that removed the democratically elected government of Dr. Mohammad Mossadegh in the 1950s. Democracy in Iran at that time meant an end to the British exploitation of Iranian oil. After haggling the U.S. government, Washington succumbed to British pressure and removed the elected government of Iran. While Iran is not a democracy today, it has many democratic features that are not found elsewhere in the region

Iran is not looking to export the revolution abroad but is involved in a protracted geopolitical struggle with the United States, Israel and the Sunni -Arab world.  It is a hard, harsh reality for the Sunni establishment to accept Iranian supremacy after the demise of Sunni-power in Iraq. The end of Sunni control of Iraq was due to the poor planning of the United States and Iraq’s Sunni – Arab neighbors.

The U.S. unilateral sanctions on Iran are not working. Iran has a huge frontier. On a daily basis, trucks scuffle the highways from Istanbul to the Iranian port city of Bandar- E- Abbas. Shiploads of cargo travel back and forth from Mashad to Kabul and from the Port of Bandar-e-Anzali in the Caspian Sea. Iranian trade with Ukraine, Russia, Azerbaijan, Khazakhstan and Turkmenistan is robust.

Party due to U.S. sanctions on Iran, the nation has become self-sufficient. Iran is not a just an oil producing nation like its neighbors who depends solely on imports. It is a country with great human resources: scientists, engineers, entrepreneurs and an educated work force make Iran a producer. Guyana can benefit from the Iranian scientific and technological revolution. Iran has experienced cycles of different regimes, but Iran will remain, and Guyana, with an economic vision that works in tandem with a robust foreign policy, can benefit from forging Iran and Middle East ties. Already a member of the OIC and a participant in the Arab-South America forum, Guyana can use these forums to strengthen political and economic ties with the Middle East.

Be the first to comment on "Why this hysteria about Guyana nurturing its interest in the Middle East, particularly with Iran?" 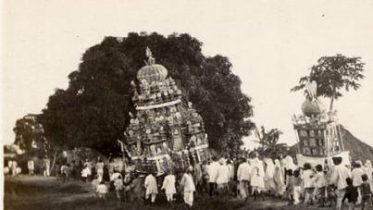 The Hosay Massacre (also called the Jahaji or Mohurrun ) of October 30th 1884 is a dark episode in local history. The boisterous commemoration of…