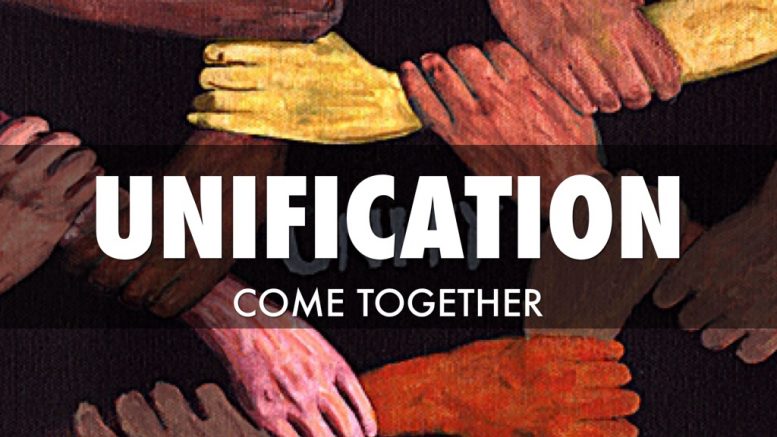 One of the reasons why Islam was successful was because the Prophet Muhammad  (ﷺ upon whom be peace), through the Mercy and Grace of Allah , was able to bring mankind together.  This was the hallmark of true success because when we look back at pre-Islamic history we see how nations were divided and segmented   For example the 12 tribes of Israel were so divided that Allah  had to sustain them separately.

On the other hand look at the wisdom of Prophet Muhammad ﷺ  When the Arabs were renovating the Kabah and the time came to place the black stone they were all divided in terms of which tribe should have that honour.  What did our beloved Prophet do?  Have the Hajar-ul-Aswad place at the centre of a sheet and have each tribal representative hold on to piece of the sheet.  He was able to establish an expression of coming together for a common purpose.  In this connection Allah  says he was sent to all of mankind;

Say: “O men! I am sent unto you all, As the Messenger of Allah, to Whom belongeth the dominion of the heavens and the earth: there is no god but He: it is He that giveth both life and death. so believe In Allah and His Messenger, the unlettered Prophet, who believeth In Allah and His words: follow Him that (so) ye may be guided.”  (Chapter 7, verse 158)

This is something that didn’t happen before from the time of Adam (as).  He was able to bring man together by working out issues and treaties.

Allah  speaks of the unification of man in Surah Imran;

“for ye were enemies and He joined your hearts In love, so that by His Grace, ye became brethren; and ye were on the brink of the pit of fire, and He saved you from it. Thus doth Allah make His Signs Clear to you: that ye may be guided.”  (Chapter 3, verse 103)

The unification of a people is a universal principle and when applied success is the end result.  This is one of the lessons learnt in hajj.  Regardless of ethnicity and class structure all hujjaj are present there for one purpose only.

Even when doing good deeds we need to be cautious.  For example when the Muslims were constructing Masjid Nabawi each companion was carrying one block by one block.  One companion took two blocks to set on the wall and Prophet  stopped him and said “do you wish to create disunity?”

Today we look at the sad state of some of our jamaats (local associations).  Remember ulterior motives will inevitably bring about non-productively and destruction.  Concerning the separation of man and in particular jamaats Prophet Muhammad  is reported to have said; “The devil continually pursues human as a wolf pursues sheep.  The wolf only dare to attack those sheep which have separated from the rest of the flock and are standing alone.  And so, my followers and my devotees! Save yourselves from being caught in the traps of misguidance and firmly remain with the largest and most well known group of Muslims!”

When Satan saw that the Arab tribes were uniting he tried to divide them by reminding them of the reasons why they ‘broke away’ in the first place.  Apply patience and wisdom in all aspects of your lives especially when you come across things and actions you may dislike.  In times like that remember what Allah  says;

“and hold fast, all together, by the rope which Allah (stretches out for you), and be not divided among yourselves”  (Chapter 3, verse 103)

Unification brings strength and force.  We beg Allah  to increase us in patience and wisdom, may He keep our hearts strong in times of difficulties and conflicts, and may He cause us to exemplify the flawless personality of our beloved leader, Muhammad Mustapha (upon whom be peace) . 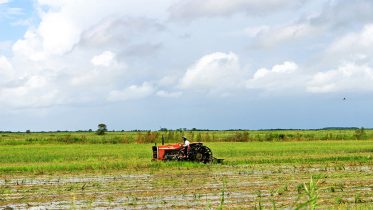