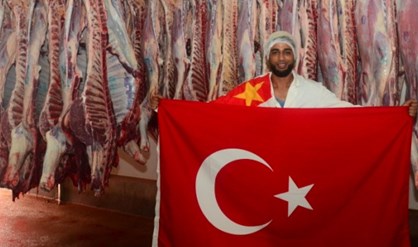 PARAMARIBO – Fourteen of the twenty bulls sponsored by the Turkish government for qurbani (the sacrifice of a livestock animal during Eid-ul-Adha) were slaughtered on Tuesday in the slaughterhouse of Paramaribo, Suriname. The meat packages were brought to mosques and social institutions by various Islamic organizations.

The sponsorship by Turkey to the Surinamese community was done in the context of the Feast of Sacrifice, Eid Ul Adha It is a gesture of friendship and support to the entire Surinamese population, says Jim Bousaid, Honorary Consul for Turkey in Suriname. Since earlier this year, the diplomatic ties between Turkey and Suriname intensified.

The meat, with a value of approximately seventy thousand Surinamese dollars, at the request of Turkey, were donated to both Muslims and non-Muslims.The Ministry of Social Affairs provided a list of organizations for children and the elderly, who can use the meat. Furthermore, it is common that non-Muslims can get on Eid Ul Adha, meat says Sofan Kasto, chairman of the National Committee Eid. The last six bulls will be slaughtered on Wednesday and distributed among the people celebrating the Feast of Sacrifice.

Be the first to comment on "TURKEY DOES QURBANI IN SURINAME" 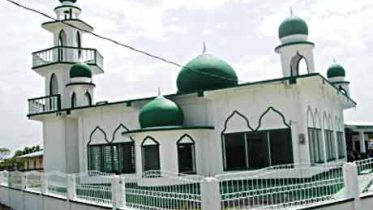 In 2009, Guyana’s Board of Industrial Training, Ministry of Labour, Human Services and Social Security trained some 375 single parents in a variety of skills. …