The Muslim Factor in the Haitian Revolution

‘What the French did not realize was that their most profitable colony, Saint-Dominique (now Haiti), was fertile ground for Muslim maroons and rebels. The island had always had numerous maroon communities, and an average of a thousand runaways were advertised every year. The notices posted by the plantation owners, who listed the disappeared give a measure of the place of the Muslims among the maroons. Although large numbers of Muslims had been forcibly baptized, some had retained their original names, such as Ayouba, Tamerlan, Aly, Soliman, Lamine, Thisiman, Yaya, Belaly, and Salomon who appear in the notices. Female runaways, such as Fatme, Fatima, and Hayda, are also mentioned.

The Africans fled individually and, more usually, in groups. For instance, twelve Mandingo men, aged twenty-two to twenty-six, fled one night in 1783 from their owner’s house in Port-au-Prince. They were all professionals—masons, carpenters, and bakers.

It is not known if some maroon communities were entirely composed of Muslims, but major communities had Muslim leaders. Yaya, also called Gillot, was a devastating presence in the parishes of Trou and Terrier Rouge, before he was executed in September 1787. In Cul-de-Sac, an African Muslim named Halaou led a veritable army of thousands of maroons.

These Muslims were well known and feared, but the most famous of the pre-Revolution maroon leaders was without a doubt Francois Macandal. Macandal was a field hand, employed on a sugar plantation. One day, as he was working the sugar mill, one of his hands got caught on the wheel and had to be severed. As he could no longer cut the cane, he became a cattleman, later running away. For eighteen years Macandal was at large, living in the mountains but making frequent incursions on the plantations to deliver death. He organized a network of devoted followers and taught the slaves how to make poison, which they used against their owners or against other slaves in order to ruin the slaveholders. His reputation was such that a French document of 1758 estimates—with much exaggeration, no doubt—the number of deaths he provoked at 6,000 over three years. In eighteenth-century Saint-Domingue, poison was called macandal.

An African born in “Guinea,” Francois Macandal was in all probability a Mandingo. He came from an illustrious family and had been sold to the Europeans as a war captive. He was a Muslim who “had instruction and possessed the Arabic language very well,” emphasized nineteenth-century Haitian historian Thomas Madiou, who gathered information through the veterans of the Haitian Revolution. Macandal was most likely a marabout, for French official documents describe him as being able to predict the future and as having revelations. He was also well known for his skills in amulet making—so much so that gris-gris were called macandals. In addition, he was said to be a prophet, which indicates that he was perceived as having a direct connection to God. Thus besides being a marabout he may have been a sharif, a descendant of the Prophet Muhammed; but this is only speculation, as no evidence exists exists to confirm or inform this hypothesis.

Francois Macandal was much more than simply a maroon leader. He had a long-term plan for the island and saw the maroons as the “center of an organized resistance of the blacks against the whites,” stressed an eighteenth-century French document. He used practical symbolism to explain his vision for Saint-Domingue, Here are the first inhabitants of Saint -Domingue, they were yellow. “Here are the present inhabitants”—and he showed the white handkerchief—“here, at last, are those who will remain the masters of the island; it is the black handkerchief.”

To turn this prophecy into reality, Macandal planned to poison the wells of the city of Cap-Français. Once the slaveholders were dead or in the middle of convulsions, the “old mand from the mountain,” as Macandal was sometimes called, followed by his captains and lieutenants, whould attack the city and kill the remaining whites. Before he could launch his assault, however, a slave betrayed him and he was caught. Tied up in a room with two guards, he somehow managed to escape. If he had killed the men with the pistol that lay on a table between them, Macandal may have been able to remain at large. But he had not. The guards gave the alarm, and he was caught again, this time by dogs.

On January 20, 1758, Macandal was burned at the stake. The pole he was tied to collapsed, and the crowd saw this incident as a sign of his immortality. He had told his followers that as he was put to death, he would turn into a fly and fly away. The executioner asked to kill him with a sword as the coup de grâce, but his request was denied by the attorney general. Macandal was tied to a plank and thrown into the fire again.

The maroon leader Macandal can best be described as a marabout-warrior. He used his occult knowledge and his charisma to gain allies to wage war against his enemy, and he participated in the action personally.

Another popular leader who attained quasi-mythical status in Haitian history was Boukman. Very little is known about him. He was not born in Saint-Domingue but came from Jamaica, smuggled by a British slaver. As a slave, he became professional and rose to the rank of driver, later becoming a coachman. Using a position that allowed him to travel from plantation to plantation, as well as his charismatic personality, he had built a network of followers in the north. He definitely entered Haitian history when he galvanized a large assembly of slaves gathered on the night of August 14, 1791, in a clearing in the forest of Bois-Caiman. During this voodoo ceremony, Boukman launched the general revolt of the slaves with a speech in Creole that has remained famous. He denounced the God of the whites, who asked for crime, whereas the God of the Slaves wanted only good. “But this God who is so good, orders you to seek revenge,” he pounded. “He will direct our arms, he will assist us. Throw away the image of the God of the whites who is thirsty for our tears and listen to freedom which talks to our hearts.”

A week later, two hundred sugar estates and eighteen hundred coffee plantations were destroyed by the slaves, who were said to have cut the throats of a thousand slaveholders. At the beginning of November, Boukman was shot dead by an officer as he was fighting a detachment of the French army with a group of maroons. His severed head was fixed on a pole and exposed on a public square in Cap-Français.

There are indications that Boukman was a Muslim. Coming from Jamaica, he had an English name that was rendered phonetically in French by Boukman or Boukmann; in English, however, it was Bookman. Boukman was a “man of the book,” as the Muslims were referred to even in Africa—in Sierra Leone, for example, explained an English lieutenant, the Mandingo were “Prime Ministers” of every town, and they went “by the name bookman.” It is likely that Boukman was a Jamaican Muslim who had a Koran, and that he got his nickname from this.

As many Muslims had done, and would continue to do, he had climbed the echelons of the slaves’ power structure and had reached the top. He was trusted, professional slave. He was also at the top of the slaves’ hierarchy in another way: he was recognized as a priest. He had passed down in history as a voodoo priest, but this does not mean that he was such. Because the Muslim factor largely has been ignored, any religious leader of African origin in the Caribbean has been linked to voodoo or orbeah.

There is thus compelling evidence that two major leaders in Haitian history—Macandal and Boukman—were not only Muslims, they did not embark on a jihad, but they were the leaders of the slave population, irrespective of religion. What they provided was military expertise coupled with spiritual and occult assurance that the outcome of the fight would be positive. Both skills were of extreme value, each in its own way; but put together, they conferred on these leaders the aura of mythical figures. Because of their marabout knowledge they could galvanize the masses, push them to action and to surpass themselves.

Other marabouts, and the Muslims in general, played a crucial role in the Haitian revolts and ultimately in the Haitian Revolution through their occult skills, literacy, and military traditions. The marabouts provided protections to the insurgents in the form of gris-gris, as Colonel Malenfant recorded, and the Muslims used Arabic to communicate during uprisings.

Be the first to comment on "The Muslim Factor in the Haitian Revolution: The Untold History" 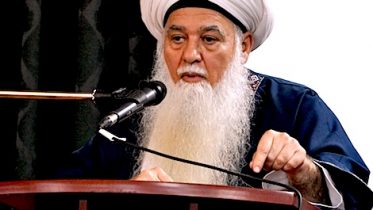 Representatives of several regional Muslim organizations have confirmed their attendance for programmes in Guyana featuring one of the world’s most renowned and respected Muslim scholars,…