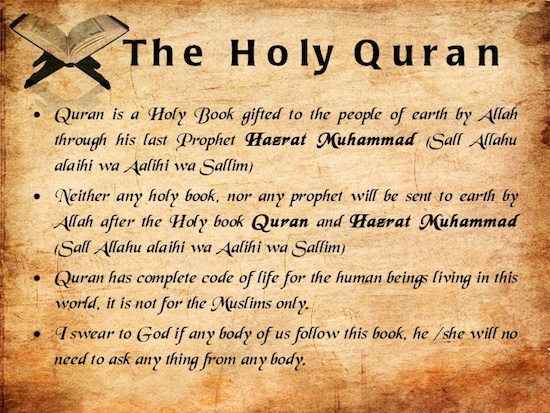 Allah  begins the message of the Holy Qur’an, after Surah Fatiha;

This is the Book; in it is guidance sure, without doubt, to those who fear Allah.  Who believe in the unseen, are steadfast in prayer, and spend out of what we have provided for them; and who believe in the Revelation sent to thee, and sent before thy time, and (in their hearts) have the assurance of the Hereafter.  They are on (true) guidance, from their Lord, and it is these who will prosper.  (2:1-5)

The Qur’an will only impact on those people who are Al Mutaqeen; i.e. those who believe in the existence of Almighty God and the Unseen Verities.  Amongst us there are so many things that can’t be seen.  For example you cannot see someone’s strength but you know it exists.  There are so many things that are in existence but their nature is intangible.

If you really want to benefit from the Qur’an you have to believe that it came from a Personality Who we cannot see.  If you don’t believe that you will have a problem.  And in addition you can beautify it by establishing your salaat, paying the zakaat etc.  Only then will the Qur’an have an impact on you;  otherwise it’ll be just another book for you.

I’m now realising that whenever people say disrespectful things about the Qur’an it comes back to the ayat as to those who reject faith, it is the same to them whether thou warn them or do not warn them.  they will not believe: hence they will have no reverence for the Qur’an.  To them it’s just another Book.

So try your best to appreciate this great Book because, at the beginning Allah  says it is guidance for those who believe.  The more you try to get closer to Allah  and appreciate the Qur’an, the softer your heart will become.

We have lots of work to do as compared to the non-believers; because to them it doesn’t matter.  We know that Allah  is with us when we remember Him.  And we are reciting His words; won’t it benefit you?

When you hear disrespectful things being said about Islam; be careful and don’t get dangerously emotional, because Satan will use your emotions to divert you.  We have to be guarded when these things come up and react in an appropriate manner that will bring about a positive result of our personality and the general outlook of Islam.

Be careful as Muslims are generally under the microscope.  Beg Allah  for guidance especially in times of emotional unrest.

Sympathize with those individuals who say unfortunate things because they are blind to the facts.  They won’t appreciate and understand.  Our resolve should be not to be like them; educate yourself and increase your faith in Allah .

May Allah  guide us and protect us and help us to deal with those who are misguided in a manner that would be pleasing with Allah .

Be the first to comment on "The impact of the Quran" 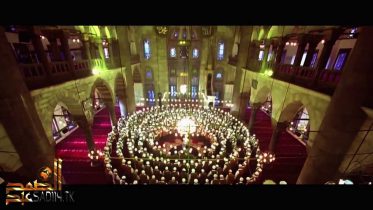 Issue: All praises and thanks are due to Allah & He suffices; peace be upon His chosen servants.  You asked, may Allah honor you, concerning the…