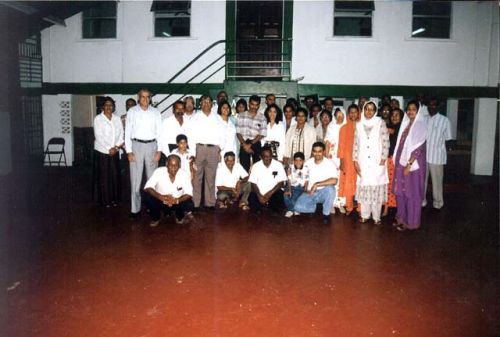 In 1937 eighteen (18) Jamaat members who lived around this area (New Grant) decided to get together and build a mosque.  This land was donated by Mrs. Paheman Mohammed, the mother of the late Hajji Mohammed Khan.  The members were Messrs. Mohammed Khan, Samad Shah, Noor Shah, Ishmael Khan, Sackeer Shah, Barakt Shah, Saffir Mohammed, Abdul Hamid, Rasool Mohammed, Chanda Meah, Bharoo Meah, Edoo Khan, Habil Mohammed, Rahaman Sahabdool, Chotak Meah, Subratee, Sharab Khan and Mohammed Hosein.  The only survivors of the above mentioned names are Mr. Mohammed Hosein and Rahaman Sahabdool.  A wooden building was donated by the late Hajji Mohammed Khan who stood as the “Pillar” to the Jamaat.

A masjid was erected in 1939 with the late Noor Shah as Imam.  In 1944 the late Hajji Khan again inspired the Jamaat to have a concrete structure built and to quote “Allah helps those who helps themselves.”  Thereafter, the wooden building was demolished and a concrete structure erected between 1944 and 1945 with members contributing both financially and physically and with some help from well-wishers.

Religious education was welcomed by Hajji Khan and during the years 1967 and 1969 with the influence of the Trinidad Muslim League and Hajji Mohammed Khan Maktab Classes were held by the late Maulana S.M. Tufail (Missionary).  Several other missionaries were welcomed to lecture and visit our Masjid.

Hajji Mohammed Khan died in August 1981.  After his death the Mosque Board continued functioning in all aspects of Religious and Social improvement of the Jamaat.  The kitchen and toilet were reconstructed on the south side in 1985, also a playground was developed.  In 1987-1988 the wooden shed on the north side of the mosque was demolished and replaced by the Multi-Purpose Hall.  This Hall was constructed by the generous contributions, both physically and financially, of our members especially that of our new president Mr. K. Azad Mohammed, the then president being Mr. Imam Shah.

During the years 1989 to 1990 the late Nazrudeen Khan, a Trustee and member of our Jamaat and his brother Mr. Roland Khan made an extension on the west side of the Masjid.  This much needed extension is an asset to our growing membership which started in 1939 with 18 homes and now with children and grandchildren of the afore-mentioned stands at over 40 homes.

Today the New Grant Jamaat, with the help of Allah, is functioning in carrying out Religious, Social and Educational work to our members and community, with our Mosque Board, Women’s Group, Youth Group, and Maktab Class.  Religious Classes are also held fortnightly by Maulana M.K. Hydal Religious Head of A.A.I.I. of Trinidad and Tobago (Lahore).  A recent addition in education is Technical and Vocational Classes which commenced on the 9th September 1991.

We thank Allah for his continued guidance and inspiration in the way of Islam and for the support we have received from all our dear members and friends past and present.  May Allah bless us all.

1 Comment on "The History of the New Grant Masjid" 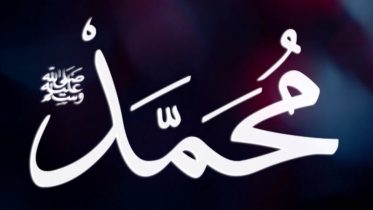 Those who were the Prophet’s ﷺ contemporaries are the best source of direct evidence of who he (ﷺ) was, what experience they had when they…