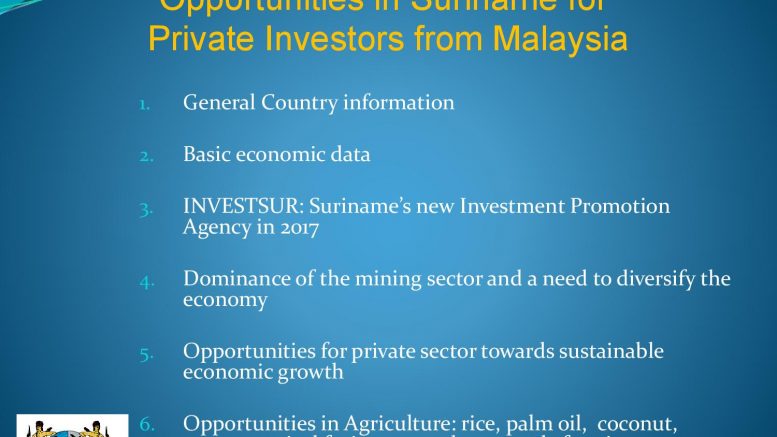 Since taking office in August 2010, Suriname’s new President, Desi Bouterse is set to expand ties with the Islamic world via the forum of the OIC (Organisation of Islamic Conference) and through bilaterally ties.  At people to people level, strong ties have always existed with the larger Muslim World.  In spite of geographical disadvantages and limited financial resources of an uprooted society from Asia to South America, the Muslims of Suriname have maintained strong ties with the Muslim World since 1873.  Naturally, strong bonds exist between the local Muslims and Indonesia and with India and Pakistan because it is from these countries that Surinamese Muslims originated from.

It was Bouterse, the shadow President during the presidency of Jules Wijdenbosh in the 1990s who oversaw Suriname joining the OIC. The two-time coup leader and now democratically elected President of Suriname, Bouterse, in the early 1990s looked East in an effort to attract investors and tap capital after ties with the Netherlands became severely strained. The Bouterse Foreign Policy Initiative emphasis strong ties with India, Indonesia, and Arab nations, Turkey, Brazil and the Caribbean.

Today under the Bouterse government, Suriname for the first time has a Muslim Vice President, Robert Ameerali.  More striking was the presence of President Bouterse at the recent Eid- ul- Fitr prayer where he joined local Muslims.  It’s a serious indication that he is going to engage the Muslim world and more importantly, his government is looking to forge strong ties with the local Muslims of Suriname.

At the government to government level, Suriname since 1975 has maintained friendly ties with major Muslim countries.  There has been forever a natural fraternal relationship with Indonesia, the largest Muslim country in the world, since 18% of Suriname population is made of people of Indonesian decent.  Libya is the only Arab-Muslim nation to maintain an embassy in Suriname, but in the 1990’s this relationship was further enhanced when Suriname joined the OIC in 1996.   Since the 1990’s Suriname has established diplomatic ties with Oman, the United Arab Emirates, Qatar, Sudan, Saudi Arabia, Azerbaijan and Turkmenistan.   In 1997 Suriname also became a member of the Islamic Development Bank (IsDB).  Also, in 1996, Suriname made a pragmatic move to establish diplomatic ties with the Kingdom of Saudi Arabia.  This relationship Suriname hopes will facilitate trade and investments the two countries. Suriname is keen in attracting capital investors for the different economic sectors. Saudi Arabia is also a member of the OIC, and is one of the largest shareholders of the IsDB. These developments took place when Bouterse party was in power.

Since becoming a member of the OIC and especially during the presidency of Jules Wijdenbosh relationship with Iran also developed rapidly.    In Tehran, the Foreign Minister of Suriname met his Iranian counterpart, Kamal Kharazi on the sidelines of the 8th summit of the OIC in 1997.     Praising Iran, the Foreign Minister of Suriname expressed   pleasure for attending the OIC Summit in Tehran.  Briefing Kharazi on economic conditions in Suriname, the Suriname Foreign Minister expressed hope that his country will begin cooperation in industrial and oil sectors with Iran. He also asked for expansion of diplomatic relations between the   two countries.  Welcoming the proposal Kharazi expressed Iran’s readiness in cooperation with Suriname in the fields of interests of both countries.  Iran then appointed an Ambassador to Suriname. 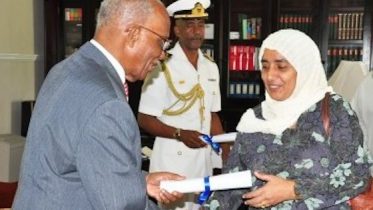 Bridgetown, Barbados: “Eight Muslims were among just over 160 persons appointed recently as Justices of the Peace  (JP) in Barbados.  The Government of Barbados from time…