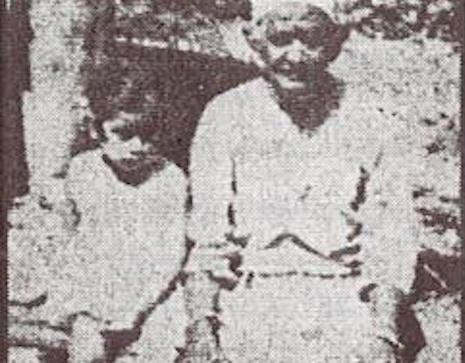 She was very fair in complexion about 5′ 5″ tall, her right foot was deformed and looked like a club. You should have seen her speed in walking when she was annoyed. I asked her if she went to school and her answer was yes, then she started to spell and said RAT, BAT. She was a person with the skill to thread jewellery and a seamstress. She was well liked by the community as every day she had at least three visitors. One problem though when her visitors left I had to wash the chair/benches. She said that she was married to one Shah and had two sons Sultan and Hosein. Later she was married to Abdool Gafoor Khan and after he fathered two sons he deserted the family and migrated to Guyana. A regular visitor was her sister Sahidan of Drayton Street. When they met they would embrace and cry for approximately 5 minutes the same process in departure. Some time in 1914 she said her parents put her by Chotay Meah. How can one forget this encounter my hand from my wrist to my elbow was itching. I drew her attention, she said, “Like you have scratchers”, I said, “This is cane prickles”. Next morning she sent me to purchase six cents black disinfectant. She filled two buckets with water, one she put all the disinfectant had me staked naked and gave me a thorough bath with the mixture, and rinsed me with the next bucket of water. Since then I believe that’s the reason I am so lucky. I am married to the most beautiful and caring wife, Zalina. We have three beautiful daughters and two grand children. The personality I speak of was a lady of reverence – the late Raismee, who died on the 26th December, 1983 at the age of 85 years.

Children of Raismee and Abdool Gafoor

Was born in 1911. Very fair complexion 5′ 8″ tall. In his teens he travelled to Guyana regularly to meet with his father who lived there. Very early he took up classical singing, his ustad being Gulam Hosein (Belgagai). “Shaks” as he was fondly called by his friends was rough shod and got himself in a lot of altercations. By trade he was a mechanic and was the very first Diesel Locomotive Driver at Caroni Limited. He married Myroon from Charlieville and the union produced nine children:- Zinora, Ashmead, Zayard, Sadad, Rowena, Shamin, Zalimoon, Robin and Suzy.  His social and religious life was built around his love for singing. He was involved in the running of the California Jamaat’s Maktab and a fighter of Orthodox Islam.

Bogart as he was called was person of shifting moods, hence, another nick name “Crazy Haniph”. He stood 6′ 1″ tall. Raismee daady said he was very wayward as a child. When he was sent to maktabs he went elsewhere to learn Hindi.  I knew my father Bogart as a person who would leave his responsibilities undone to assist others. A very fearless person and would get himself in trouble if he feels advantage is taken. He was a labourer working at many areas in cultivation ,factory and transport but had his likeness of the sea, he was also a Fisherman.

He married Sugwah and had two children, Shaukat and Raffida.  Bogart was a person well liked and of a casual nature. At funerals he would have the pundits searching for answers due to his knowledge of Hindi. When the children saw him on the road they would go and hide, never the less, some time you could see him playing cricket with the same children.

Was the eldest son of Raismee. He was very fair in complexion and 6′ 1″ tall. As a young man he often assisted his mother with her sewing, hence, his inclination to tailoring a field in which he was self made. He became the best cap and hat maker and all garments made by him was true elegance, a seal dresser he was. Wearing suit, shoes, and Panama hat always with his walking stick. A very upright young man and very meticulous. He married Ameena Kassim Ali who came from a highly religious upbringing. Her grandfather was a Hafiz of Quran. The union between Sultan and Amina bought forth twelve children, one died at birth, the eleven children produced forty one grand children. The children are Zulaikha, Nayad, Hazra, Ahmed, Shaira, Nazem (died), Lazina (died), Zahir (died) , Fazal, Shinool, Zalina. Sultan was a person of high moral values and ethical standards. He was highly respected and very close with all children. In many instances he would buy fruits, etc. to bring home but before reaching home all will be shared to the children he meets on the way. The women folks would make sure that their orhni were properly placed on their heads. Visiting any home he would cough loudly on the step communicating his presence. All the women folks would address him as Barka Bhai (Big Brother). He was a staunch Muslim and ensured that his children attend Maktab Classes. Sultan died at the age of 49 years on the 15th June, 1953 the day after his eldest son Nayad’s wedding.

Was short 5′ 5″ light skin coloured. He also assisted his mother with her sewing. He was a very bright pupil, arithmetic was his preferred subject. I was informed that he went for a job interview at B.C. Rail Transport Depot for an opening as a checker. He did so well that he was hired as the Time Keeper instead thus tailoring became his hobby. He was always serious faced, to the point, no beating about. He was a voracious reader and could argue on any subject and very witty. He married Naziran and that union produced,three children. They are Nazmoon, Kalam Azad and one died. “Tarn Chacha” as he was called was very charitable and a very good counsellor.

Be the first to comment on "The life of Raismee" 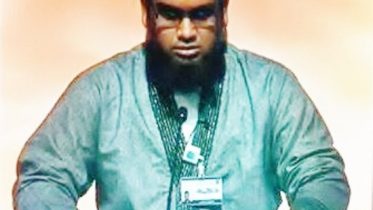