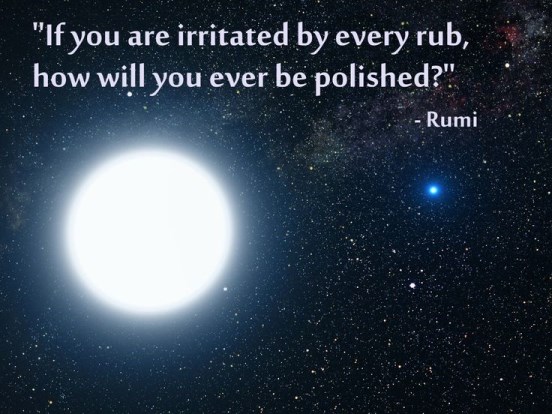 The human being is a special entity created by Allah and as such we have all been blessed.  Humans are possibly the only creatures that Allah  has created that can really manifest His Divine Greatness.  This is because humans are the ones that are designated to reflect the Light of Allah  on earth.

We need to understand that it was only after the earth was perfected then man was created.  And look at how our life begins, as microscopic creatures, invisible to the naked eye.

‘and know that Allah cometh in between a man and his heart, and that it is He to whom ye shall (all) be gathered’.  (Chapter 8, verse 24)

This can possibly mean that it is the Light of Allah  that comes between a man and his heart.  In another ayah He says:

‘It was We who created man, and We know what dark suggestions his soul makes to him: for We are nearer to him than (his) jugular vein’.  (Chapter 50, verse 16)

Some interpret this to mean that the ‘knowledge of Allah ’ is close to us, however if Allah  wanted to say His Divine knowledge is close to us He would have said so.  In order to understand these ayahs we need to look at it in context with other revealed ayahs.  For example Allah  says in Surah Zumar:

One day every human that remains on earth will be reflecting the Light of Allah .  Man has been given the capacity to reflect this Divine Light from within us.  We are not speaking hear of Allah’s  Divine personality but rather His Nur; “Nurun ala Nur” – Light upon Light (24:35).

One part of our mission in this world is to reflect the Divine Light of our Lord from within us.  How is this achievable?  Allah  has placed in us all a mechanism that has the capability and capacity to reflect His Light from within ourselves and this is the ruh.  No other creature received this.  The soul if ‘polished’ properly has the potential of reflecting the Light of Allah , just as a mirror has the capability of reflecting the sunlight.

In order for us to ‘polish’ our soul we must remember two things; doing lots of good and engaging in the Zikr  {remembrance}of Allah .  Also we need to understand the importance of our beloved leader; Prophet Muhammad [ﷺ u.w.b.p] and the reason he was given the title ‘Rahmatul Lil Alameen’ – a mercy to the worlds.  Before the universe was created his ruh was already created.  His soul is very special.  It can reflect the Nur (light) of Allah  to mankind.

His entire personality was so pure and clean that it was no problem for Allah  to physically take him up to the ‘source’ of the light.  And this is what the Mir’aj (the night journey) was; the physical ascension of the ‘mechanism of reflection’ to the ‘source from where the light comes’.  We see in a lot of ahadith where Sahabas (Companions of the Prophet [s]) testified that the personality of Prophet Muhammad  was so bright that it became physically visible:

Bara (ra) is reported to have said: ‘I compared him with the moon and found that he was better than the moon’.

Abu Hurairah (ra) said: ‘I have never seen a thing nicer than Allah’s Messenger (pbuh).  It seems as if the sunlight were moving within his face’.

Kab bin Malik (ra) said: ‘When he was pleased, his face would shine with so bright light that you would believe that it was a moon-piece’.  One poet wrote: ‘If you watch his face-features, you will see them twinkling like the lightning of an approaching rain’.

Because he is our leader and exemplar we need to aspire to ‘brighten’ our soul.  In this context you can see that the things of this world will be of no benefit to you.  Some things of the world are like rust on the heart.

This is our mission in life; polish your soul so that it can reflect something of the light of Allah .  Experience it and if at the end of the day you aren’t able to achieve this then you’ve wasted your life.  Remember one day you’ll leave behind all material things, so the time to ‘get serious’ is now.  Don’t say you’ll wait till you’re older to ‘start practicing the religion’.

Beg your Lord for forgiveness and remove the spots from your heart.  If you don’t then you’ll be the loser.  Allah  won’t lose, the Prophet [s] won’t lose.  Allocate your time properly.  Take care of your world and take care of your soul.  If your personality is shining brightly then the fire can’t harm you because the fire is not as intense as light.  Remember the condition of your heart is visible to all through your personality.  If a person’s heart has a lot of ‘blemishes’ on it will present a particular look at how this person behaves.  Be conscious of the great gift and status Allah  has favoured us with and be consistent with activities that can polish the soul and Insha Allah, Allah  will grant us success in both worlds.

Be the first to comment on "Polishing the soul" 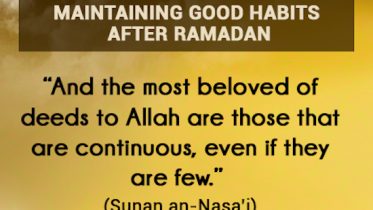