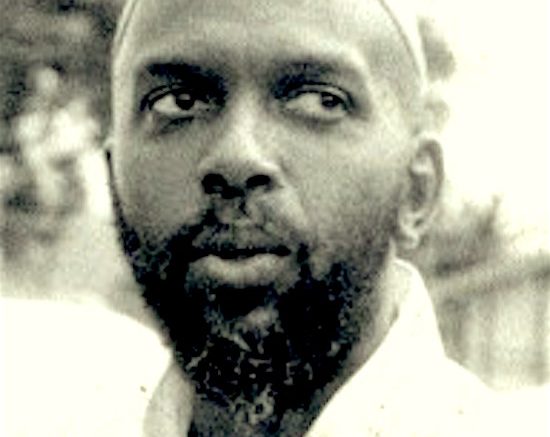 “The history of Islam and Muslim people in the Caribbean stretches back over one thousand years, predating  European contact by over six centuries. New researches are revealing evidence leading to the presence of Muslims in the ancient Americas long before the voyages of Columbus in the fifteenth century. Muslims were probably one of the most important contact people between the two worlds with the exchange of knowledge, agricultural products, livestock and other commercial items. A number of sculptures, oral traditions, eyewitness reports, artifacts, and inscriptions have been sighted to confirm this.

A report in “Before Columbus by Cyrus Gordan describes coins found in the southern Caribbean region off the coast of Venezuela. Two of these coins are Arabic of the eighth century AD. The author infers that a Moorish ship perhaps from Spain or North Africa seems to have crossed the Atlantic around 800 AD. In his book Mutirj, az-Zahab, in the year 956 AD, wrote about a young man of Cordoba in Spain named Kashkash lbne Aswad who crossed the Atlantic Ocean and returned in the year 889 AD.

A narration by Aboo Bakr b’Umar al Qutiyya relates the story of lbne Farrukh who landed in February 999 AD in Gando (Great Canary), visited King Guanariga and continued his journey westwards till he found islands he called Capraria and Phitana ash-Shareef al-Idreesi (1097-1155 AD) the famous Arab geographer reported in his extensive work “The geography of al-Idreesi”, in the twelfth century, on the journey of a group of North African seaman who reached the Americas. al-Idreesi recorded that after captivity for three days a translator came speaking the Arabic language and translated for the King and questioned them about their mission. ‘This astonishing historical report clearly confirms the fact that the contact between the two worlds had been so involved that the native people could speak Arabic!

In October 1929, a map in parchment was discovered in the library of Serallo in the city of Istanbul made in Muharram 919 AH (March 1513 AD). This map represented the western zone of the world. It comprised the Atlantic Ocean with America and the western rim of the world. The other parts of the world, which undoubtedly the map also included, have been lost.

Despite the numerous voyages taken by the Muslims of Spain and North Africa, their contact remained limited and fairly secretive. The most significant wave of Muslim explorers and traders came from the West African Islamic Empire of Mali. When Mansa Moosaa, the world-renowned ruler of Mali, was enroute to Makkah during his famous pilgrimage in 1324 AD, he informed the scholars of Cairo (Egypt) that his predecessor had undertaken two expeditions (the first with two hundred ships and the second with two thousand ships) into the Atlantic Ocean in order to discover its limits. This is reported by al’Umari in his “Masaalikul? Absaar Mamaalikul-Amsaar”.

The renowned American historian and linguist, Leo Weiner of Harvard University in 1920 wrote a controversial but well documented work entitled, “Africa and the Discovery of America”. He proved in it that Columbus was well aware of the Mandinka presence and that the West Indian Muslims had not only spread throughout the Caribbean, Central South America, but they reached Canada and were trading and intermarrying with the Iroquois and Algonquin Indian nations!

Numerous cultural evidences of Mandinka presence has been established in Brazil, Peru, Panama, Nicaragua, Honduras, Mexico, Mississippi, and Arizona. In the Daily Clarion of Belize on November 5, 1946, P. V. Ramos in an article entitled, “History of the Caribs” wrote,

“When Christopher Columbus discovered the West Indies around the year 1493 AD he found there a race of white people (i.e. half breeds) with woolly hair whom he called ‘Caribs’. They were seafaring hunters and tillers of soil, peaceful and united. They hated aggression. Their religion was Mohammedanism (Islam) and their language Arabic.” This reveals another part of the pre-Columbian African hereditary legacy left with the ‘Carib’ people from whose name we derive the word ‘Caribbean’.”  taken from here.

At the peak of its development lie Islamic Empire ex tended over three continents – Europe, Asia and Africa covering much more territory than the Roman Empire before it  But European imperialism had always been hostile to Islam and beginning with the Crusades, it disorganized Muslim culture and industry, stopped the development of its art, overthrew its government and caused a general stagnation of its development.

This same imperialism brought the first Muslims to the Western Hemisphere. These Muslims were African slaves who were uprooted from their homeland and shipped to the Caribbean and the Americas Over 150 million Africans were exported during the slave trade mainly from West African nations which have majority Muslim populations even today.

Afro-American writer, Alex Haley. bore out this fact when he traced his ancestry to the small Muslim village of Juffure in the Gambia His famous book “ROOTS” is a vivid picture of the tyranny of the Slave Trade and the structure of ancient African Muslim society.

Some historians claim that Muslim explorers from Africa landed here before Columbus but there is no definite historical evidence of this, so we have to accept the Muslim slaves as the heralds of Islam to our shores

Intellectual development was high in the World of Islam particularly in the West African Mandingo State of Melle (Mali). Its University of Timbuktu and Masjid of Sankure were the intellectual centres of Islam. Many of the slaves brought here were Mandingoes who spoke fluent Arabic and were knowledgeable in the Qur’an and the Muslim sciences

A report prepared by Robert R.Madden – one of six special magistrates assigned to Jamaica to carry out a scheme of ‘Apprenticeship’ among slaves in 1833 gave a very good insight into this. Part of the report stated: “They could all read and write Arabic and one of them showed me a Qur’an written from memory by one of them Benjamin Cochrane, a free negro who practised with no little success as a doctor in Kingston, was in the habit of coming to me on Sundays to give me information about the medical plants and popular medicine of the country, a more intelligent and respectable person I do not know. . . . . .His history is that of hundreds of others in Jamaica . . . . Cochrane says that his father was a chief in Mandingo country. Plenty of books in Mandingo country, but not much schools, the great schools are farther up country. He began to learn to be a doctor in Mandingo country …”

European historians have distorted the facts to show that Africans were savages without culture or civilization. They have done this in order to keep the African unaware of his heritage and therefore subservient to European domination. This pattern is a carry over from slavery. The slave had to be deculturized in order to accept his enslavement, so total restrictions were placed on his cultural practices Even family life was destroyed in the effort to prevent the handing down of culture from parents to children. No slave was allowed to write or speak Arabic or any African language for that matter. Performance of Salaah was punishable by flogging Congregational prayer was out of the question. Hajj was impossible Pork was the main diet (apart from vegetables). The only form of assembly that was permitted was to partake in Christian prayers under Christian preachers.

The result of this was that Islam died when the original African slaves died and the second generation of slaves grew up as Christians. They were taught the distorted Christian concept that the black race was cursed by God and condemned to slavery. Thus they came to accept their condition as being ordained by God.

Pure Christianity, like Islam, believes that all men are brothers and equal, but in order to uphold slavery the Christian slave-masters had to distort their scriptures.  According to the Encyclopedia Britannica, Vol 16, Page 2000, 1971- “It was the misfortune of the African to be enslaved in America by Christians, who, unable to reconcile their beliefs with the practice of slavery, recast their conception of the Negro so that they came to regard him as property, not as human beings entitled to rights and liberties”.

The third edition of ‘The Sociology of Social Problems’, by Paul B. Horton and Gerald R. Leslie, explains a little more. Quote: “The ‘all men are created equal’ dictum did not apply to Negroes, since they were property and not men. Theories of a biblical Hamitic curse, of incomplete or separate evolutions, of geographic determinism, and of intelligence tests evidence were successively employed to justify the treatment of Negroes as inferiors As long as such notions were believed and most people did believe them there was no inconsistency in professing democratic ideals while practising discrimination”.

Thus both slave master and slave grew to accept slavery and to act out their roles Of course many African slaves rebelled and some even set up rebel communities of their own.  Some of these communities still exist, but they have not preserved the Spirit of Islam since they were isolated from the mainsprings of Islamic culture

Islam came to the Caribbean again with the indentured labourers from India in 1845. These labourers came from Lucknow, Punjab, Calcutta, Madras and other parts of India. They were mostly Hindu and Muslim and were brought to fill the labour vacuum that was created when slavery was abolished and the Africans left the plantations.

Some historians say that the Africans regarded the Indentured Indians as ‘Strikebreakers’, because had they not come the plantations would have failed and would probably have fallen into the hands of the Africans This may be one of the reasons for the subtle antagonism between Africans and Indians today.

However, the Indentures knew nothing of the politics of the West Indies. They were only interested in earning the small pittance they were promised and eventually owning a bit of the land on which they worked. In fact many Indentures never knew that they were being taken halfway across the world to be used as scab workers. They were told that their jobs lay just across the bay and that they could return home anytime. They were used just as viciously as the Africans were used

But with slavery abolished, their lot was a bit easier than the Africans under slavery and they were able to preserve Islamic traditions.

International Issues, Our Faith, Our Region 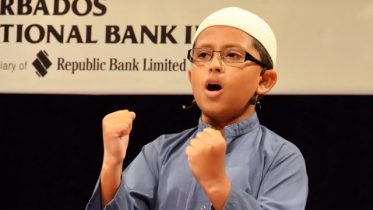