The Muslim community of Trinidad and Tobago recently completed a highly successful convention entitled “Revival of the Ummah” (ROU) held over the weekend of August 24 and 25, 2013 at the Centre of Excellence. Some 8000 persons were in attendance.

The event was organized by Revival of the Ummah led by Abdel Rahman Hosein (Canada), President and Zaheer Ali (Trinidad) Caribbean Head of ROU. It took over a year of planning.  The event adapted the successful model of Toronto, Canada’s decade long Revival of the Islamic Spirit Conference (RIS).  The community outreach, marketing, the staging, the floor layout and the programming style of the RIS were emulated or adapted where necessary into the Trinidad context.   There was also a bazaar running alongside the convention.

President of the Trinidad Muslim League Dr. Nasser Mustapha commented, “this is the first time I am seeing people from all Muslim organizations in Trinidad participating in an Islamic event.”

Persons from the various Muslim organizations, the Anjuman Sunnat-ul-Jamaat Association, (ASJA), the Trinidad Muslim League (TML), the Islamic Missionaries Guild (IMG), the Tackveeyatul Islamic Association TIA, as well as a host of other small groups were in attendance.

Participant Nabeela Ali,a young professional, confessed that she benefited immensely from the convention. “The lecturers were all inspiring and motivational. I was emotionally moved on several occasions as the various speakers delivered their lectures. I am already looking forward to the next convention.”

Saeeda Ali is quoted on Facebook saying “”Life-changing — that’s what this event was for so many people (in shaa Allah). I’m so happy to have spent my weekend this way but so sad as it comes to an end. Definitely the best event I’ve been to mashaAllah… the feeling of faith and unity was just indescribable. May Allah reward the organizers, volunteers and speakers who all worked passionately to make this event a success alhamdulillah. And may He make our attendance beneficial to our souls by guiding us to put into practice everything we have learnt.” 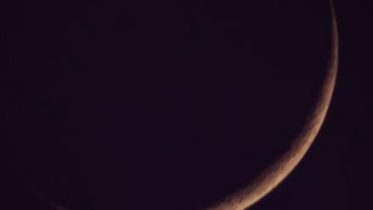