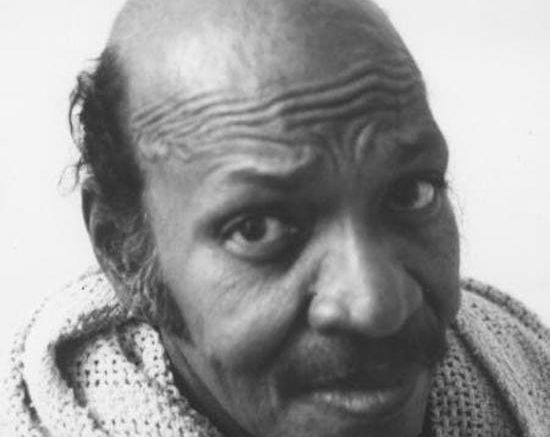 A Tribute To Muslim-Guyanese Poet And Actor

Slade Hopkinson was a Guyanese poet and actor who was born in New Amsterdam, Berbice, British Guiana in 1934. He became a Muslim in 1964 and changed his name to Muhammed Abdhur-Rahman Slade Hopkinson.

His father was a barrister-at-law, his mother a nurse. In 1947, after the death of his father, his mother took Slade and his sister to live in Barbados.

He attended Harrison College, Barbados at the time an all-boys school, considered among the most prestigious in the West Indies. In 1952, he went to the University of the West Indies, Kingston, Jamaica on a scholarship, coinciding with Derek Walcott and Mervyn Morris as students.  He obtained his BA and a Dip. Ed.. After university he stayed on in Jamaica, working first as a teacher then weekly newspaper editor, and government information officer.

He married (Freda) and had two children, Nalo (now making her name as a fabulist novelist – Brown Girl in the Ring and Midnight Robber) and Keita is an accomplished painter in Jamaica. Slade’s family followed the Anglican faith tradition.

Slade Hopkinson was active in University theatre, performing as Tiresias, Lear (Mervyn Morris writes: “his processional entrance as decrepit majesty, head tilted at a petulant angle; his visceral howl of suffering in the storm – are remembered still’. He directed Oedipus and King Lear.

Hopkinson published his first book in 1954 at age 20, “The Four and Other Poems”; followed by plays entitled, “The Blood of a Family” (1957) “Fall of a Chief” (1965), “The Onliest Fisherman” (1967), “Spawning of Eel” (1968), rewritten as “Sala” and “The Long Vacation”.  He received a three year Rockefeller Scholarship, to attend Yale Drama School to pursue a Master in Fine Arts with a major in Playwriting. Yale allow him to reduce his study period to two years (1965 – 1966) due to his theatre experience. Slade returned to the Caribbean after one year, a decision for which he later expressed regret.

He returned to Guyana to lecture at the University of Guyana (UG) from 1966 – 1968. In Guyana he was said to be active in a local literary group called “Anira” comprising famed Guyanese poet Martin Carter, Sydney Singh and Jan Carew, among others.

He returned to Trinidad after his stint at UG, where he taught at St. George’s College in Barataria.  By 1970 however, differences between himself and Walcott led to Hopkinson forming the Caribbean Theatre Guild that same year.

In 1970 he began suffering from kidney failure and was on regular dialysis, This brought an end to his acting career.

In 1976 the Guyana government published two of his collections of poetry, “The Madwoman of Papine”, which is described as containing his “secular poems ranging over his Caribbean experiences”, and “The Friend”, considered “his religious and philosophical poems, written in the process of discovering the teachings of the Sufis.”

Illness did not stop him from working in the Caribbean, and beyond: he worked for a while with the Jamaica Tourist Board then became Guyanese Vice-Consul to Canada before returning to the classroom as teacher in Toronto, Canada, and classroom assistant at the end of his working career.  Hopkinson had the rather unique experience of the English speaking Caribbean, being born in Guyana, educated and socialized in Barbados and Jamaica, working, writing, teaching in Jamaica, Guyana and Trinidad.

Despite taking long-term disability leave after suffering from cancer of the kidneys, he continued writing for journals and anthologies, and completed what would become his final collection, “Snowscape with Signature”, a selection of poems written between 1952-1992.

Sadly, Abdhur Rahman Slade Hopkinson died just before the 1993 publication of “Snowscape with Signature”, and has since seemed to have faded from the memories of Guyanese literature.

Despite his lack of recognition – there is little of his biography to be found – Hopkinson’s poetry has been praised by many critics and reviewers over the years. As one reviewer notes of his final collection:  “Hopkinson’s poems are tightly disciplined…his imagination also ranges at will, and his capacity to surprise makes every one of his poems worth reading.”

In his search for meaning Slade journeyed through atheism (denying the existence of God), agnosticism (ambivalent whether God exists or not, declaring that this is unknowable) before witnessing to become a Muslim in 1964 at age 30. To become Muslim a person declares the shahada.  It is the conviction that there is no deity deserving of worship except one God and Muhammad is the final prophet of God.

Slade adopted the Arabic name Abdhur Rahman (servant of the All Merciful God).  Abdhur Rahman was clear that he was a Muslim without any adjective such as Black Muslim or any other.  In 1970 when he was diagnosed with kidney failure his spirituality deepened.  His understanding of the brevity of life and its purpose blessed him with a profound understanding of reality of existence.  He deemed his illness as a blessing.

Abdhur Rahman attended Spanish Town Masjid while in Jamaica, where he is fondly remembered.  The masjid’s current Imam (Prayer Leader) Naim Khan recalls spending time with Brother Slade.  Imam Khan remembers his deep desire to make the journey to hajj but saw his illness as an obstacle.  May God accept his intention as if he did undertake the journey to hajj. Ameen.

Amongst the poets who had an influence on Abdhur Rahman were Farīd-Ud-Dīn Attar, Jalāl ad-Dīn Muhammad Rūmī and other Muslim Sufis.

You can access a collection of his work at Peepal Tree Press the Snowscape With Signature collection.

O God, forgive Muhammed Abdhur Rahman Slade Hopkinson and elevate his station among those who are guided. Send him along the path of those who came before, and forgive us and him, O Lord of the worlds. Enlarge for him his grave and shed light upon him in it. Ameen. 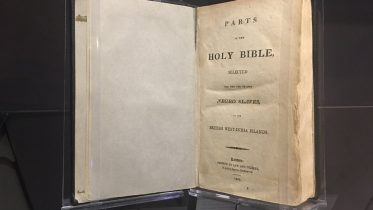 Here Are the Parts That Were Deleted to Manipulate Slaves For centuries, the Bible has been used to spread a message of freedom in Christ.  But…