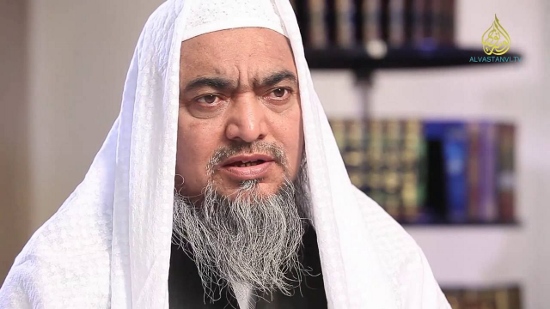 The Dar ul Uloom in Trinidad [the local branch of India Deobands] has been successful in graduating multitudes of young people [of both genders] from the region.  It is debatable whether the education and skills imbibed by these graduates prepares them to face the current business, scientific and career opportunities in the oil fueled economy of Trinidad and Tobago.  The rote learning of a variety of legal text certainly equipped them to beat the uninitiated Muslim population and others “over the head” with texts of fatwas on controversies of a different epoch.  These disputes  echo the uncertainty of Muslim survival in a post 1857 India but does very little, if anything, to contribute to Muslim upliftment and community development in Trinidad or the Caribbean Region.  The curriculum does not reflect the social, educational or employment creation needs of the contemporary Muslim youth.  After graduating from Dar ul Uloom those students who wish to become productive contributing members of society need to get an education from the technical and vocational institutes on the twin island state.  Most if not all have to first  get “their subjects” by attending private schools to be able to get into programs which matches their ambitions.  While in the Trinidad context there are no pressures for reform, the Deobandi movement in India has been faced, of recent, with immense pressures to reform and update it century and a half  old curriculum.  This raging debate has been captured with clarity and lucidity by Vidya Subrahmaniam in a commentary.  [Editor]

Less than four per cent Indian Muslim children go to madrasas. So logically, it should make no difference whether Maulana Ghulam Mohammed Vastanvi stays on at Darul Uloom Deoband or is sacked. Yet there is something about the current mohtamim (Vice-Chancellor) that has got the country talking — that has got the country’s Muslims talking. The VC’s troubled presence at the Islamic seminary has triggered a “tradition versus modern” debate that some have audaciously compared to the exploding Arab unrest. The suggestion is that Indian Muslim society is in aspirational churn and Mr. Vastanvi is a surface symptom.

Consider the questions: Why has the Maulana become a hate figure for some in his community and a sign of hope and uplift for countless others? Why has a Facebook fan club, “Fans of Mo. Ghulam Vastanvi,” sprung up for this cleric, when going by his recent record, he ought to have no Muslim supporters, much less an entire fan club? Indeed, what explains the Muslim crowds that gathered to receive this alleged Narendra Modi supporter when he touched down at the Ahmedabad airport recently?

Up until two months ago, not many knew or recognised the Maulana from Gujarat who ran colleges and institutions in the border areas between Maharashtra and Gujarat. Mr. Vastanvi was certainly not among the who’s who in New Delhi. In the Capital’s theatre of competitive Muslim politics, where a leader’s worth was measured by the VIP attendance at his iftaars, the rousing statements he issued, the photo-ops he managed and the crowds he mustered at his rallies, Mr. Vastanvi simply did not count.

Yet the Maulana hit the national stage like a storm. Barely did one digest the information that the new Vice-Chancellor at possibly the world’s most influential Islamic seminary was a forward-looking educator and MBA degree-holder, when he turned into a veritable disaster, chased by controversies, hounded by opponents, and forced into a situation where the end seemed imminent. On January 10, 2011, Mr. Vastanvi won the post of rector defeating his nearest rival Arshad Madani, theologist, leader of one faction of the Jamiat Ulama-e-Hind, and a member of the powerful Madani clan whose history of association with the Darul Uloom Deoband was part of folklore. The import of the election was not lost on observers: Mr. Vastanvi had, in effect, challenged the entrenched forces at the seminary. Would he survive the backlash?

Less than two months later, on February 23, the same Majlis-e-Shura (the seminary’s governing council), which had declared Mr. Vastanvi elected, reconvened to decide his fate. Would the wise men of the council judge him guilty as charged? Or would the embattled VC convince them that the institution stood damaged — not by anything he was perceived to have done but by the wily machinations and politics of his opponents? The Shura put him on hold — the verdict would come from a three-member committee appointed to probe the disturbances that had followed his appointment.

Many sins had been laid at the door of the Maulana, among them his perceived tilt towards Mr. Modi. For the head priest of the uber-orthodox Darul Uloom Deoband to take the wildly unpopular position that Gujarat’s Muslims were not badly off, was incredible in itself. If nothing else, Mr. Vastanvi ought to have known that the wounds of the 2002 anti-Muslim pogrom ran deep. The VC subsequently clarified that he could never have condoned the pogrom; he also issued an unconditional apology in the event the perception remained.

But important sections of the Urdu press were not so easily cajoled. They skewered him: stinging editorials, vicious commentaries and full-page advertisements filled up the newspaper pages even as reporters dug up more dirt: At an October 2010 Eid Milan function in Beed in Maharashtra, Mr. Vastanvi had presented a Radha-Krishna figure to a Hindu Minister. Idolatory was sacrilege in Islam and the papers called for statements and fatwas to be issued against the rector. Chain e-mails transmitted the Radha-Krishna image to millions of Muslims across the world.

Just as the drum beats reached a crescendo, Mr. Vastanvi, quite unexpectedly, began to get support — three Urdu newspapers, Hindustan Express, Jadid Khabar and Nai Duniya dissented. The Hindustan Express systematically uncovered the plot against the Maulana. News Editor Shahidul Islam argued that Islam did not permit flogging a controversy when an apology had been offered. He also showed that the alleged Radha-Krishna image was a small, insignificant picture. In the hands of Mr. Vastanvi’s opponents, it had morphed into a life-size deity. The English newspapers picked up the cue, and the theme slowly changed from the indiscretions of Mr. Vastanvi to the gang-up against him.

But the bigger surprise was still to come. At a gathering at Delhi’s Ghalib Academy on February 21, some 300 Muslim clerics, skull cap, flowing beards and all, lined up behind Mr. Vastanvi. They were mainly from western Uttar Pradesh, some among them from Deoband, the cradle of conservative Muslim thought. But here they were, defying the stereotype of the obscurantist Mullah and raising their collective voice against rudiwadi soch (regressive thinking). Nai Duniya editor Shahid Siddiqui used the occasion for some inspired oratory: “This is a revolution not unlike what is happening on the Arab streets,” he thundered to background chants of Allah-ho-Akbar. Mr. Vastanvi derived his significance from being able to bridge the gap between “deen” (religion) and “duniya” (worldly affairs), Mr. Siddiqui said, adding, “Let not people say, there goes the Maulvi who is a terrorist. Let them say, there goes the Maulvi, who is a doctor, who is heart-surgeon.” Later, Maqsood ul Hasan Qasmi, president of the Imam Council of India and the organiser of the meet, would tell me: “As a graduate from Darul Uloom Deoband, I know that students there are thirsting for democracy, reform and modern education. Vastanvi is their hope, and if he is removed, it will send out a bad signal.” None of the speakers gave any credence to the Modi controversy.

This was puzzling. A few years ago, no Muslim, much less a Maulana schooled in Deoband or an Imam offering prayers at a masjid, could have and would have dared publicly defend a person seen as Mr. Modi’s friend — whether or not the charge was true, whether or not an apology had been offered. Mr. Vastanvi himself would have been summarily sacked. Obviously, some of the clues for this change were to be found in Deoband.

On the day of the February 23 Shura meet at Darul Uloom, all eyes were on the Mehman Khana (guest house), where Mr. Vastanvi was being grilled. But away from the glare, and in a packed room in a nearby building, a group of Muslim citizens, among them politicians, Deoband scholars, and a sprinkling of Muslim reporters, were in a heated discussion over the place of education in Islam.

When expelled Samajwadi Party leader Naseem Usmani argued that modern education had no place in Darul Uloom, he was roundly rebuffed by the rest: “Do you even know that ilm [knowledge] is the third most recurring word in the Koran? Find us the passage in the holy book that tells Muslims not to broaden their horizon.” I raised the Modi issue and was instantly put down: “We are not saying that Muslims should forgive Modi or forget 2002. But all of you in the secular media want the Gujarati Muslim never to get out of his grieving. Hindu or Muslim, the Gujarati is a businessperson, and that is what Vastanvi was trying to say.”

The words stung but they were true. The Congress and the secular media wanted the Gujarati Muslim forever to fight Mr. Modi but neither was there to protect him. In any case, unbeknown to most of us, the debate seemed to have progressed beyond the rights and wrongs of supporting Mr. Modi. I had a long chat with young Shahnawaz, a student at the Deoband seminary.

Mr. Shahnawaz worshipped the new mohtamim, who even without announcing major reforms, had shown that some things could easily be done, such as building a dining room for the talaba (students). Plate in hand, and waiting in serpentine lines, they currently made a pathetic picture. A brand new filtering system would provide clean drinking water. In time, and given the space he needs, Mr. Vastanvi would also introduce vocational courses.

There are some student firebrands who make a lot of noise, but “most of us have tired of the jalsa-jaloos [procession-protest] politics of the Muslim leadership,” Mr. Shahnawaz said. He was awfully proud of his cousin Saba Karim, who was training to be a pilot in Patna — the first to do so in two decades. “There is no disputing that deeni taleem [religious education] is the foundation of Darul Uloom. But being computer illiterate or not knowing English is not the solution. Right now we cannot even fill up a form,” said the young man, who made a stunning parting remark: “Do you know the Islamic revelation started with the word, iqra, which means to read?”

Muslims have long given up on government. On the plus side, the terrorism label has started to come off, and the sense of siege over identity and security has given way to aspirational hopes and dreams. Naturally there is anger with the old Muslim leadership and its crass opportunistic politics. Time will tell whether Mr. Vastanvi is just another political player or a reformer. For now, an unlikely mohtamim seems to have become a metaphor for change.

Be the first to comment on "Indian Deobandi: Breaking the mold?" 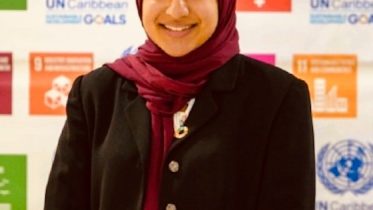 I learnt during this internship, the importance of mentorship and urge anyone who has a mentor, to ensure that they hold on to them. If…