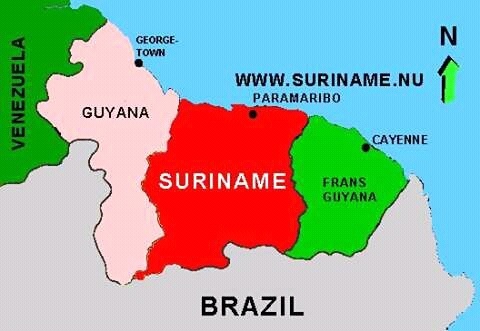 In a Stabroek News editorial comment to my letter, titled “Least developed countries like Guyana can benefit from the Organization of Islamic Conference,” Saturday, March 15th 2008, on the just concluded OIC Summit in Dakar, Senegal it was stated that “We have been informed that Guyana’s Ambassador to India Mr. Ronald Gajraj and Mr. Fazeel Ferouz President of the Central Islamic Organisation of Guyana (CIOG) attended the Summit.” I was informed by the OIC and Senegal’s Ministry of Foreign Affairs that Mr. Ronald Gajraj was expected in Dakar, however he did not attend the summit.

Here again we have witnessed was another diplomatic fiasco by the Guyana Ministry of Foreign Affairs due to bad planning and micro-management. If the Guyanese delegation was formalized in advance and arrangement was made for them to travel in a timely manner this poor image of Guyana could have been avoided.

Thirty-Seven heads of states attended the summit, and according to the OIC office in Jeddah and ISESCO in Rabat, Morocco, CIOG’s Fazeel Ferouz was there only on the final day of the summit, March 14, 2008. This is another embarrassing diplomatic blunder especially after Senegal sent a three-member delegation to invite President Bharrat Jagdeo personally to the Heads of State Summit.

Why not designate desk officer in handle, inter alia, OIC affairs like what normal countries do? We do not have to look too far, just next door Suriname’s Mr. Rafiq Chiragally is that government’s Envoy to the OIC. Dr. Odeen Ishmael served for several years in a similar capacity when represented Guyana at the OIC but the Government of Guyana is yet to give a logical answer as to why he has been sidelined from the OIC.

Sending Mr. Gajraj from India to Senegal is not an issue of geography and money, because it is easier to get from Caracas to Dakar. The PPP Government needs to put personal grudges aside and conduct international affairs professionally.

According to the Surinamese Mission to the United Nations, Paramaribo was represented by a robust four-member delegation led by its Minister of Foreign Affairs, Lygia L. Kraag-Keteldij and comprised of its Ambassador to the UN, Henry L. Mac Donald, Ambassador of OIC Affairs, Mr. Rafiq Chiragally and Ms. Jacintha Asarfi. The OIC and its subsidiary organs, the IsDB and ISESCO have been supporting the health, transportation and education infrastructure in Suriname.

It is not only for this reason that this small Dutch speaking country in South America sent a strong delegation to Dakar, but more importantly the recognition at such global foras to lobby for development assistance for the country and forging of other multi-bi collaboration. Suriname is now eligible for a 35 million dollar debt write off from the OIC and will benefit from the proposed 10 billion poverty and development programme. Saudi Arabia already pledged 2 billion dollars to the fund.

The OIC and its arm, International Islamic Organization for Education, Science and Culture (ISESCO) have taken important decisions in favour of Least Developed Countries. Again, ISESCO prepared the “Letter of Intent” for Guyana to join that group and Guyana is not expected to pay dues, which will be waived. With no member of the government present in Dakar, according to ISESCO, the letter could not be signed and they have now sent it to Guyana for signature. After four years of failed attempt to get Guyana to sign the “Letter of Intent,” hopefully Dr. Frank Anthony will sort this matter out as soon as possible.

It is my opinion that the Guyana Ministry of Foreign needs revamping and some sort of freedom to conduct international affairs without being micro-managed.

Be the first to comment on "Guyana, Suriname and the OIC" 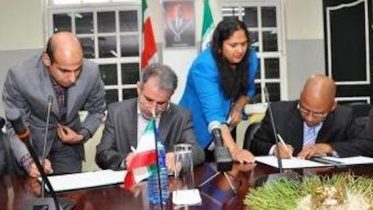