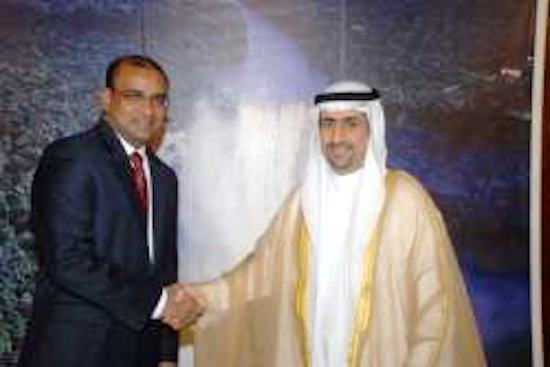 GEORGETOWN, Guyana (GINA) — Following the visit of President Bharrat Jagdeo to Kuwait early this year, the relationship between Guyana and Kuwait strengthened to the extent that there is now, for the first time, a Kuwaiti Ambassador to Guyana.

Waleed Ahmad Al-Kandari presented his letters of Credence to President Bharrat Jagdeo on Wednesday at the Office of the President. In their presence were Minister of Foreign Affairs Carolyn Rodrigues-Birkett and Director-General in the Ministry Elisabeth Harper.

Speaking to the media after his engagement Ambassador Ahmed Al-Kandari said he will be working fervently to further strengthen the bilateral relations between Guyana and Kuwait.

“We have to work to find the ways and means of progressing the relations in different fields; political economic and commercial ties,” the new Ambassador said.

Versed in Arabic, English and a little Portuguese and Spanish, Ambassador Al-Kandari participated in numerous international forums, conferences, seminars and diplomatic meetings in Kuwait and abroad.

He served as Ambassador Extraordinary and Plenipotentiary of the State of Kuwait to of Peru, Ecuador, Brazil, Afghanistan and Uzbekistan.

A Memorandum of Understanding and two cooperation agreements were signed. Minister of Oil and Information Sheikh Ahmad Abdullah Al-Ahmad Al-Sabah signed an agreement to bolster cultural ties between the two countries with Minister Rodrigues-Birkett who was part of the Guyana delegation.

Be the first to comment on "Guyana receives first Kuwaiti Ambassador" 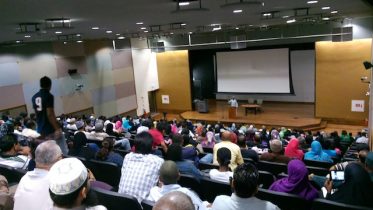 The recently concluded Islamic Awareness Week (IAW) in Trinidad and Tobago (Sept.13th-21st.) had a positive impact on the community in terms of sharing country’s Muslims’…