Guyanese citizens will head to the polls in a general election within the next three months after Friday’s controversial vote in which an MP in the Moses Nagamootoo-led regime sided with the Opposition in a no-confidence motion against the government, causing it to collapse.  President David Granger assured that his administration will abide by the Constitution which stipulates that general elections must be held within 90 days of a successful no-confidence motion.

A mixture of shock and bedlam enveloped the 65-seat National Assembly seconds after an Alliance For Change (AFC) MP Charandass Persaud voted with the opposition People’s Progress Party (PPP), led by former president Bharrat Jagdeo, despite desperate efforts from colleagues for him to reconsider his vote in favour of the government.

Persaud’s vote gave the opposition 33 seats in the assembly as opposed to the coalition government’s 32 seats.

The Alliance for Change (AFC) said that it has expelled Charrandas Persaud over his vote in favour of the no-confidence motion against the government. 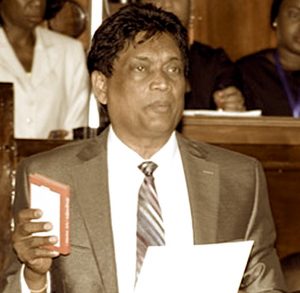 The embattled MP, who reportedly flew out of Guyana on Saturday morning shortly after voting “yes” in favour of the no-confidence motion, told a pool of reporters that he was disgusted by the voiceless posture of the AFC in the coalition government.

“We are sitting in Parliament like yes men to APNU, and we are AFC, and we have not blended with APNU; the other parties have, we have not. The government is APNU+AFC, we have not blended, so why are we doing everything they want to do like passing former Prime Minister Hamilton Green’s Pension Bill,” Persaud told reporters.

“We are not opposing anything, we are not saying no to anything and that is what my problem is. I can’t stand that. As Jessica Levy, in the House of Commons in Great Britain, said there are times when you have to vote according to your conscience and not because of party affiliation. This is a conscience vote,” he said.

He also expressed disappointment that Leader of the AFC, Raphael Trotman, defended the Public Health Minister and Chairman of the People’s National Congress/Reform (PNC/R) Volda Lawrence when she found herself in hot water over statements that suggested that she engage in the hiring of PNC/R supporters.

MP Persaud also cited the government’s decision to downsize the sugar industry, noting that the lives of thousands of sugar workers were placed on the breadline. “You destroyed the lives of sugar workers in a village and a district that I live in, and I can’t live with that. So if I die now, people may not be happy with what I have done, I will die a happy person and have a clear conscience,” he said.

Amid speculations that he was coerced or even paid by the PPP/C to vote against his Government, Persaud maintained that it was a conscience vote.

“I am not a PPP member. I am not affiliated to the PPP. This is not because of the PPP; this is because my conscience is now clear. My life may go but you know what I will die a happy person with a clear God damn conscience,” MP Persaud said. Persaud said he will be resigning from the National Assembly.

Shahabudeen Ahmad, President of Central Islamic Organisation of Guyana (CIOG), in a press release called for respect of democratic process. “Following the recent political developments in our country, where a no-confidence motion was passed by parliament, the Central Islamic Organization in Guyana calls on citizens to respect our maturing democracy.

Guyana belongs to all Guyanese, regardless of race, creed, or religion. Our country is on the cusp of a massive transformational economic and social trajectory that can only be undermined by a divided Guyana.

CIOG calls on all Guyanese to reject separatism and ethnic fear mongering for these would damage our country, harm our people, and benefit only economic mercenaries.

As we progress through a turbulent political climate, CIOG categorically states that our politicians, citizens, and civic organizations have a moral and ethical responsibility to work together to safeguard our birthright, protect our democracy, and ensure the well-being of each and every Guyanese.” 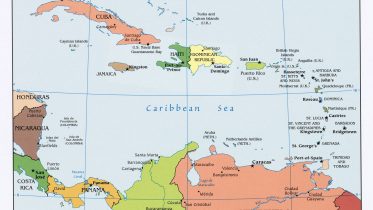 Radical Islam in the Caribbean Basin: A Local Problem or a Global Threat? Introduction On June 2, 2007, U.S. federal authorities announced that they broke…