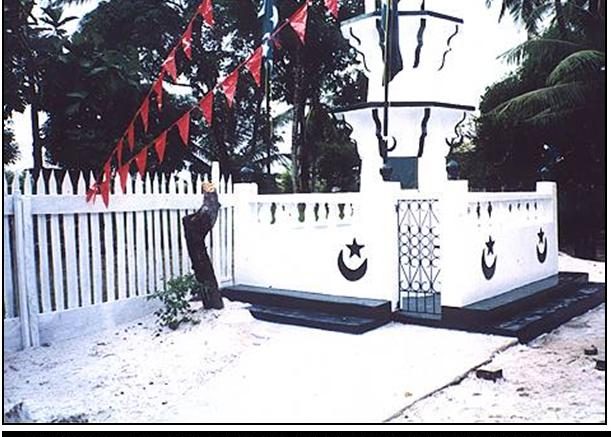 Monument on Site of First Masjid in Guyana Philadelphia East

On Sunday, August 29, 1999, a historic masjid site, located in the district of Philadelphia on the East Bank of Essequibo, was dedicated by representatives of Guyana’s Muslim organizations; the newly-named President of Guyana, Bharrat Jagdeo; two former Presidents — Janet Jagan and Desmond Hoyte; other senior ministers; and Members of the Diplomatic Corps, including the Indian High Commissioner to Guyana.

This event was organized by four of the nation’s leading Islamic organizations: the Central Islamic organization of Guyana (CIOG), the Guyana Islamic Trust (GIT), the Guyana United Sadr Islamic Anjuman and the Anjuman Hifazatul Islam. The masjid site dates back to the days of indentureship, when Muslims (brought to the Caribbean from India by the British after the abolition of slavery) performed ritual prayers in their homes. The dedication marked the site where the first masjid (on the South American continent) was built by Guyana’s indentured Muslims in the 1860’s.

At first, there was no building on the site, but the area was marked off in the traditional Islamic manner to signify a sacred place where Muslims met in the open to carry out ritual worship. Later, the indentured Muslims constructed the first masjid, which was a structure made of mud and palm leaves. According to Hakeem Khan, co-ordinator of the event, the historical significance of the site was known for some time, but because of conflicting claims from various quarters, a study was conducted by Dr. Pat Dial, senior lecturer of the University of Guyana, to corroborate facts surrounding the site.

President Jagdeo, who delivered the feature address, appealed to all Guyanese to “bring back faith in ourselves and country” and exhorted them “to plant a seed to begin the process of a far more lasting effort, and build a monument in our hearts to national unity.” The President sounded a call for a new beginning and a fresh start towards national unity. He stated: “We are indeed fortunate and blessed that the followers of various religions: Muslims, Christians, Hindus and others have lived in harmony in our country.”

Guyanese, the President declared, live in a democracy where there is full enjoyment of rights and liberties, which continue to evolve. He signaled his commitment to deepening and enlarging the democratic culture of the country and to create institutions that will give expression to ethnic diversities and, at the same time, to promote national togetherness.
The President noted that the religious community has an important role to play in the nation, and he credited the Muslims for inculcating good moral values in their children. He also congratulated the Muslim community for its work among the poor. He stressed the importance of paying tribute to our forefathers, who laid the foundation for religious pluralism in Guyana, and he reflected on the spiritual purpose of the occasion, proclaiming ” . . . from a simple beginning, Muslims have taken roots in the country.”

To commemorate the occasion, a plaque was unveiled at the Philadelphia masjid site by President Jagdeo together with 99-year old Hogg Island resident, Hajji Sheikh Mohamed Bashir Farouk, who intimated that he used to worship at this historic masjid when he was nine years old. The program also included a few renditions of Qaseedas, and a short speech by former President Desmond Hoyte.

Wazir Mohamed, executive member of the West Demerara Muslim Youth Organization (MYO), gave the vote of thanks and expressed delight at the attendance of the many dignitaries honoring a seminal event in the history of Islam in the South American continent.

[Source: This article was compiled from news accounts from the Guyana Chronicle, Stabroek News, and other sources. Mohamad K. Yusuff – Editor.]
Posted November 22, 1999. This article was printed in the August-September 1999 issue of the Voice of Islam newsletter. (This newsletter is published by the Islamic Society of the Washington Area).
SHARE TWEET PIN SHARE 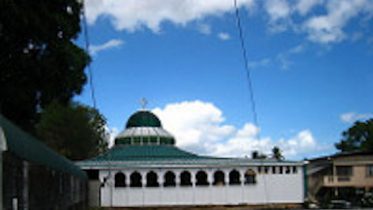 The following article was sourced from “AVOCAT MASJID SOUVENIR BROCHURE ’79/80” : The articles author is N.M. Ghany then President General of Tackveeyatul Islamic Association…