Guyana is participating in the Organization of the Islamic Conference (OIC) 37th Foreign Ministers (CFM) meeting taking place in Dushanbe, Tajikistan.  In the past two years Guyana has up its presence at the OIC in an effort to advance President Bharrat Jagdeo’s Middle East Initiative, aim to advance economic, political and cultural cooperation with the 57-member group.  Guyana has raised its level of representation at the OIC.  The foreign minister of Guyana is now participating in OIC forums.

The session is expected to approve draft rules governing membership application and observer status in the OIC.  The Philippines is seeking membership in the OIC and a decision to this effect will be taken in Dushanbe.

“Terrorism, terrorists, have no nation, no country, no religion,” he said. “Using the name ‘Islamic terrorism’ only discredits Islam and dishonors the clean and harmless religion of Islam.”

Some 80 delegations, including 57 those from member nations of the OIC as well as delegations from observer countries and international organizations are attending according to  Davlat Nazriyev, the head of the Tajik MFA information department

Guyana for the past three years has intensified efforts to forge stronger economic and political ties with the Middle East. The President of Guyana, Bharrat Jagdeo visited the Middle East three times since his presidency, having visited Jordan, Syria, Libya, Kuwait, and the United Arab Emirates.  The Guyanese leader is keen to visit Saudi Arabia, Qatar and Abu Dhabi, the United Arab Emirates to complete his Middle East Mission.  Kuwait in 2010 became the first Gulf Cooperation Council (GCC) country to appoint an ambassador to Guyana and Libya will open an embassy in Guyana soon, while Saudi Arabia is examining the opening of an embassy in Guyana as well. Guyana is also exploring opening an embassy in the Arab Gulf region.

The Organization of the Islamic Conference (OIC) is an international organization with a permanent delegation to the United Nations.  It groups 57 member states, from the Middle East, Africa, Central Asia, Caucasus, Balkans, Southeast Asia, South Asia and South America (Guyana and Suriname).  Guyana joined the OIC in 1998. 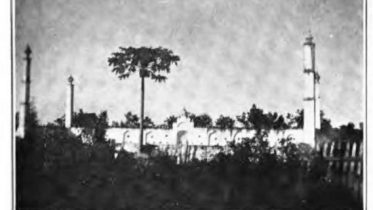