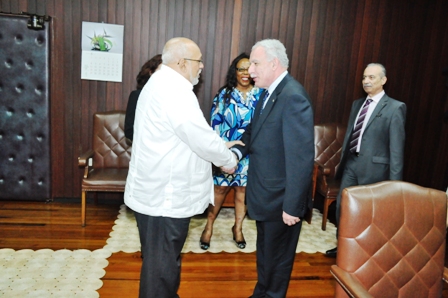 It comes as no surprise that Guyana yesterday declared official recognition of a  Palestinian State within the 1967 borders.  In a news release the Foreign Ministry said, “It is Guyana’s hope that the increasing recognition of the state of Palestine will contribute to a resolution of the Israeli-Palestinian conflict and the creation of lasting peace and stability in the region.”

Guyana since 1975 has been a member of the UN Committee on the Exercise of the Inalienable Rights of the Palestinian People, and in the 1970s severed diplomat ties with Israel. Thus, it is not surprising that the Foreign Ministry said,   ” this decision is in keeping with Guyana’s long-standing and unwavering solidarity with, and commitment to, the just and legitimate aspirations of the people of Palestine for the exercise of their right to self-determination and to achieve a homeland of their own, independent, free, prosperous and at peace” that Guyana  recognize Palestine as a sovereign state.

Guyana which is today a member of the Organisation of Islamic Conference (OIC) has had strong ties with the Arab Islamic world dating back to the 1970 after independence from Britain in 1966.  Guyana strongly aligned itself with Algeria, Egypt, Iraq, Libya, Palestine and Syria.  In 1973, former President of Guyana, L.F. Burnham travelled together with Fidel Castro and Norman Manley to attend the Non-Aligned Movement (NAM) Summit in Algeria. After the summit, Burnham visited Egypt, Somalia, Sierra Leone, Ivory Coast, Guinea and Nigeria.

In June 1985 Guyana indulged  itself deeper into the Palestinian quagmire, when it  hosted the 11th United Nations Seminar on the Question of Palestine under the leadership of former Foreign Minister, Rashleigh Jackson. Jackson stated that it is, “the overall coordination of the strategies of the supports of the Palestinian cause all over the world.”

Prior to that,  in  January 1976,  Rashleigh Jackson  during the Security Council debate on the Arab Israeli conflict,  suggested that UN Resolutions 242 and 338 should be updated to take into account the rights of the Palestinians and that the Palestinian Liberation Organization (PLO) should be fully involved in the process of securing peace.

Suriname, another South American country, is expected to recognize Palestine within the coming days.  Suriname is also a member of the OIC. 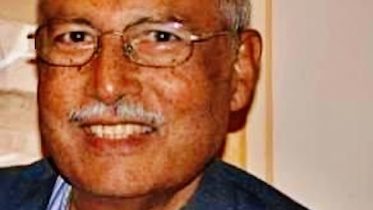