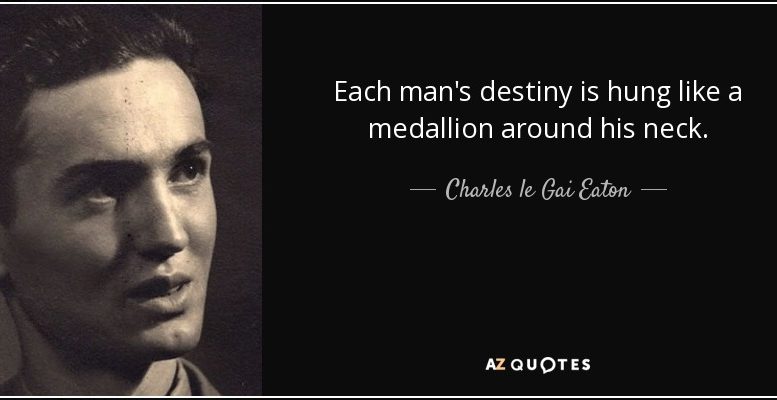 Charles Le Gai Eaton, who died on February 26, 2010 aged 89, was a father figure to many white British converts to Islam and was regarded as one of contemporary Islam’s most sophisticated thinkers.  A Charterhouse and Cambridge-educated former diplomat, Eaton became a Muslim in 1951 after studying the religion and spending a year in Cairo. Also known by the Muslim name Hassan Abdul-Hakeem, he went on to write several books and, as a consultant at the Islamic Cultural Centre at Regent’s Park Mosque in London, played an important role in addressing public misconceptions about Islam. Eaton spent 22 years at the centre, surviving the radicalisation of many younger members of the congregation.

Like most Western converts, Eaton was inspired by Sufism, a peaceful, mystical form of Islam very different from the Wahhabi variety which inspires so many extremists. Many of the recent wave of Western converts came to Islam after reading Eaton’s Islam and the Destiny of Man (1994), a powerful and elegantly-written guide to the faith. Others were simply inspired by his uncompromising intellectual honesty.

Eaton wrote two accounts of his own life: a “spiritual” autobiography, Remembering God: Reflections on Islam (2000); and a “profane” autobiography, A Bad Beginning, published last year. In this he described how the search for truth that would eventually lead him to Islam had its roots in the extraordinary circumstances of his birth and upbringing.

The book tells how, for 10 years before her son was born in 1921, Eaton’s mother Ruth – a feminist, Ibsenite, Wagnerian and Nietzschean by his account – had been the mistress of Francis Errington, an eminent ecclesiastical lawyer many decades her senior. Errington was unhappily married to a “lady of title” with whom he already had a grown-up family. When Ruth became pregnant with their only child she refused an abortion, but agreed to collude in an elaborate deception that would preserve them both from scandal.

This involved her making a short trip to Canada where (after a whirlwind romance) she would “marry” a fictitious husband – the “father” of her child. The phantom was given a name, Charles Eaton (after a department store in Montreal); a face (a photograph of a handsome young officer friend of Errington’s who had died in the trenches); and a cover story that would explain his absence.

Eaton, the story went, was a mining engineer who would be offered a wonderful job in Italy. Shortly after the birth of his child there on April 5 1921, he would die of a ruptured appendix, leaving Ruth a “widow” with a baby in tow.

As the Italian doctors who “failed” to diagnose appendicitis were “not to be trusted”, her child would be born at a hotel in Lausanne. That element of the story was true at least. But Charles Le Gai Eaton was born not in April but three months earlier, on January 1 1921, with his real father, Francis Errington, dancing attendance nearby.

After a period in Switzerland, Ruth and her baby returned to the family home in London, where Gai was brought up in an almost entirely female household, the object of his mother’s possessive and eccentric devotion. He shared her bed until he was six and learned nothing at all about religion, Ruth having warned a succession of nursemaids that they would be dismissed if they ever mentioned God.

Apart from the elderly gentleman Gai knew only as “Uncle”, outside the family they had few friends – Ruth having advised her son that the English in general were “cold, stupid, lacking intellect, lacking culture, and either sexually repressed or perverts”.

In 1933 Errington’s wife died, and three months later an astonished Gai wrote in his diary: “Maman is going to marry Uncle… Uncle is no real relation of ours. He was a great friend of my father.” When his mother suggested the boy address her new husband as “father” and change his name to Errington, Gai demurred, confiding to his diary that it would be unfair to the memory of his “real” father who had died so tragically young.

It was when he was 16 and at Charterhouse that his mother finally told him the truth, although she made him promise never to let Errington know that he knew. So began an elaborate charade: “On April 5 each year [Gai] received a birthday gift from his father, both of them knowing this was not his birthday, and each year in the Christmas holidays his father took him to a Swiss resort to skate and ski so that they were constantly together. Still his lips were sealed.”

The upshot of such a complicated web of deception was that Gai “became obsessed with the need to discover Truth”. At Charterhouse he ploughed through Descartes, Kant, Hume, Spinoza, Schopenhauer and Bertrand Russell but did not find what he was looking for. In 1939 he went up to King’s College, Cambridge, to read History, but graduated two years later with only a “Gentleman’s Third” having neglected his studies in favour of a long philosophical correspondence with the novelist Leo Myers, who encouraged him to study the great Eastern religions – Hindu Vedanta, Chinese Taoism and Zen Buddhism.

Called up after graduation in 1941, Eaton was commissioned into the Intelligence Corps, but his military career was as unsatisfactory as his university career. Towards the end of 1942 I Corps decided they had made a mistake and he was transferred to the Royal West Kents, only to fail a medical inspection shortly before he was due to be sent abroad on active service. After a few more months in uniform “pretending to be useful”, he was invalided out in 1943 as “too highly strung for military service”.

Francis Errington, meanwhile, had died, leaving the bulk of his considerable estate to the children of his first marriage. Forced to earn a living, Eaton worked as an assistant stage manager in London and as a jobbing actor with a repertory company at Llandrindod Wells.

In 1944 he married Kay Clayton, an actress and the daughter of a former Financial Secretary in the Burmese administration. The following year they had a son. But they had little in common, and their relationship was not improved by Eaton’s inability to find a steady job. Instead he began writing a series of reflections on the Eastern religions and on certain Western writers (including Leo Myers and René Guénon) who had been influenced by them. Through a chance meeting with TS Eliot, then head of Faber & Faber, these essays were published to great acclaim in 1949 under the title The Richest Vein.

By this time Eaton had moved to Jamaica, where he began a turbulent but passionate relationship with a Chinese woman called Flo, though in 1950 he returned to England to see if he could patch things up with Kay. When that failed, he landed a job as a lecturer in English literature at Cairo University and was soon teaching a course on 18th- and early 19th-century novelists – even though, by his own admission, he had read none of them except Jane Austen.

It was in Cairo that Eaton became interested in the Sufi aspect of Islam, inspired by his colleague Martin Lings, a member of a Sufi Tariqah (religious order). He began reading Sufi literature and, with Lings’s encouragement, made his Shahada (declaration of faith) in May 1951.

But he was not yet ready for a full commitment as, shortly afterwards, he disappeared again to Jamaica in a doomed attempt to rekindle his relationship with Flo. One fortunate result was that he avoided the anti-British riots that broke out in Cairo in the run-up to Abdul Nasser’s revolution of 1952, in which several of his former colleagues died.

Eaton remained in Jamaica for a little over three years, working first as a teacher and then as editor of Voice of Jamaica, the newspaper of Alexander Bustamante’s Jamaica Labour Party. At the end of 1954 he returned to England, only to find that he still missed Jamaica terribly. It was not long before he was reintroduced to an old acquaintance, a Jamaican artist, Corah Hamilton, who was living in London. They married in 1956 and she soon gave birth to the first of their three children.

Their happiness, however, seems to have unhinged his mother, Ruth, who became viciously abusive about her new black daughter-in-law, and it was with some relief that in 1959 Eaton accepted an offer of a post as director of the Colonial Office’s information office in Jamaica.

It was here that, with a stable marriage and a growing family, he turned once again to Islam. He continued to develop his interest after his appointment in 1964 as information officer to the Deputy High Commission office in Madras and during further postings in Ghana and Trinidad. In 1974 he returned to England permanently and resumed his friendship with Martin Lings, who the following year received him into the Alawiyyah Tariqah to which Lings belonged.

Eaton took early retirement from the Foreign Office in 1977 and in the same year published King of the Castle: Choice and Responsibility in the Modern World. The book won an ecstatic review from Bernard Levin in The Times and helped to establish Eaton’s credentials as a serious Islamic scholar. Shortly afterwards he was approached by Zaki Badawi, the newly-appointed director of the Islamic Cultural Centre at Regent’s Park Mosque, and invited to become his assistant and editor of the centre’s journal, The Islamic Quarterly. Another study, The Concept of God in Islam, was published in 2005.

Gai Eaton’s wife Corah died in 1984. He is survived by their son and two daughters, and by the son of his first marriage.

Be the first to comment on "Gai Eaton: His Muslim faith and love for Jamaica" 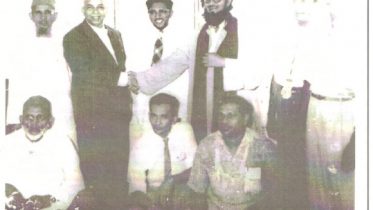 British Guiana (BG) has produced many heroes, but their songs are yet to be sung. These heroes are actually in the process of being forgotten…