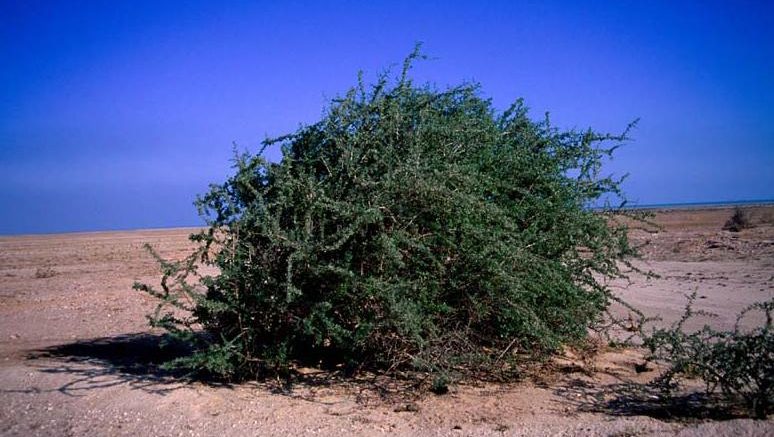 Boxthorn is a large, prickly shrub

What ails my sleepless eyes, as if
their corners dyed not with kohl but inflamed

In shock over the Guided One buried this morning?
O Best of those who trod the ground, do not go far!

May my flank protect you from dust! Dear grief! Would
that I were hid from view before you in Baqi’ of the boxthorns.

Am I to stay, after you’ve gone, in Madina among them?
Grief of my soul! Would I had never been born.

My father and mother be his ransom whose death I witnessed
On the week’s second day, the well-guided Prophet!

Or that Allah’s command came fast to pass for us
On that day we experienced, or the same evening or next morn.

We would then rise on the same hour and meet the Fragrant One – Most Pure!
the strong son of his father, the noble-faced one!

Amina’s firstborn of blessed memory!
She of pure parentage gave birth to you among the happy Sa’d

As a light illuminating all creation!
Whoever is brought to that blessed light is truly guided

Our Lord, reunite us therefore once and for all with our Prophet
in a Garden that blunts the eyes of envy,

In the Garden of Firdaws, decree it so for us,
Owner of Majesty, Exaltation and Lordship!

And, O Allah, hear what I do greet you with:
Lo! I do weep over the Prophet Muhammad!

The lands grow narrower for the Helpers, now
their faces are thrashed with antimony’s hue.

Indeed we gave birth to him, among us is his grave!
The surplus of his favour to us cannot be denied.

The blessings of The God and those around His Throne
and the pure ones upon the Blessed One, Ahmad

Even if Yathrib’s Christians and its Jews gloated
when he was covered in the side-niched grave.

Hassan ibn Thabit (RA) (died 674) was an Arabian poet and one of the Sahaba, or companions of the Prophet Muhammad (ﷺ). He was born in Yathrib (Medina), and was member of the Banu Khazraj tribe. In his youth he traveled to Al-Hirah and Damascus, then settled in Medina, where, after the advent of Muhammad (ﷺ), he accepted Islam and wrote poems in defense of him (ﷺ). He was one of the best poets of the time, who would often win poetry competitions. He was a prime example of how the early Muslims were able to use their pre-Islam talents (after they became Muslims) for the cause of Islam.  In other words their talents and creativity were not negated nor were they suppressed.

Soon after the August 10th, 2020 Trinidad and Tobago elections date was announced, the Trinidad Guardian front page screamed “MUSLIMS DIVIDED”. In the days that…