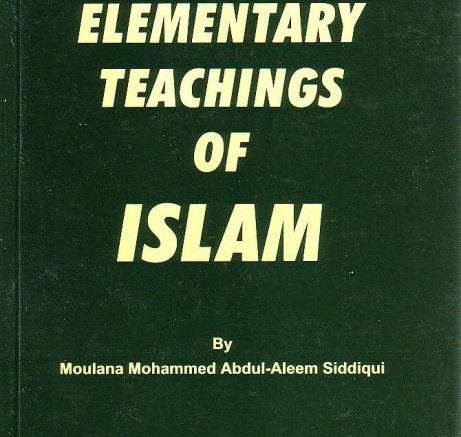 This book was the only source of knowledge on the basics of the Islamic faith in the English Language for English speaking Muslims in the Caribbean and elsewhere well into the 1990s.  In many places it is still use as a primary text.  Here is the author in his own words:

Preface to The Third Edition

It is a living miracle of the Truth of Islam that, though it has neither a backing of huge missionary corporations, nor does it have any authentic literature in foreign languages, yet people after people, attracted to it by its inherent magnetic force, keep on embracing this religion of love and universal brotherhood. For, whenever either by dint of personal research and study or by a chance contact with, and the consequent guidance of a real Muslim theologian, they learn the true facts about Islam, the invariable conclusion they arrive at is that Islam is a very simple religion and all its teachings are perfectly rational and in complete consonance with the laws of nature.

It is not a new religion, but a divinely executed combination of all the old inspired ones and provides the via media, the golden means. On the one hand, its comprehensively high code of ethics, which is unique for many reasons, equips its votary for his journey towards the ultimate goal of a sincere seeker after Truth, Allah, and on the other directs its followers to fester and maintain fraternal relations with all the human beings and achieve the utmost progress in all the spheres of art and science and the material walks of life.

This is the only religion, the Sacred Book of which, the Holy Qur’an, is preserved intact in its pristine purity and an authentic record of the minutest details of the eventful life of its promulgator. Prophet Muhammad (May peace and blessings of Allah be on him), is extant to this day after a lapse of more than thirteen centuries.

The necessity of the presentation of the elementary teachings of Islam, explaining its Cardinal Articles of Faith and the Fundamental Principles in the simplest possible English language is there- fore, obvious; for such a publication would not only serve to acquaint the English-knowing new Muslims with the essentials of Faith and the directions fort engaging in devotion to Allah, but also supply the long-felt need of a handy book for imparting the rudiments of Islam to the Muslim children of those countries where the English Language rules supreme? and children are sent away to school using English as medium, of instruction, without having any knowledge, whatsoever, of their religion.

Realising the urgency of publishing such a volume, I, during my itinerary of Ceylon, Singapore, Penang, Java, etc., drafted out a skeleton according to the Shafi’i School in spite of numerous pre-occupations. My learned friend, Mr. M.I.M. Haniffa, B.A. (London), Advocate of Colombo, very kindly undertook to revise and touch it up, and it was due to his invaluable assistance that “A Short Catechism of the First Teachings of Islam” was published a few years ago, and has proved very beneficial.

About the same time an incomplete and imperfect draft, according to the Hanafi School, was re- leased for publication in “The Real Islam” of Singapore on account of pressing demands. The present volume is a thoroughly revised and enlarged edition of that draft. While sending it to the press’ I feel, I must acknowledge the co-operation, in this humble work, of Mr. K. S. Anwari, my Secretary, during the South and East African tour, and of my son-in- law Hafiz Muhammad Fazlur Rahman Ansari, B.A. (Alig.).

While expressing the hope that this little volume will serve the purpose in view and will meet the approval of all those concerned, I desire to record my sincere thanks to AI-Haj Mohammad Ibrahim of Trinidad for liberally undertaking the cost of printing and thus rendering a signal service to Islam and to the public.

If it pleases Allah, a second volume, in which commonsense arguments in support of the Cardinal articles of Faith and a much more detailed treatment of the Principles of Islam and the laws governing society will be incorporated, will soon follow this modest attempt.

May it please Allah to accept this humble service. Amen!

Preface to the 1954 Edition

In the name of Allah, the Beneficent, the Merciful. A brief reference to the compilation of the present book has been made in the Preface to the third edition, herein included. The first edition was published as soon as the original draft was serialised in the “Real Islam” of Singapore. The second edition was brought out in South Africa by Mr. Makki, who actually made it the inaugural step in his great anc glorious campaign of service in the field of Islamic publications. Soon after that, it was thoroughly revised and enlarged and was published in the form in which it is being presented, now. Thereafter its popularity grew by leaps and bounds and the demand for it became world-wide. (Consequently it was printed so many times and in such number; that it is difficult for me to give the exact figures.

I have never sought any commercial gains either from my speeches or from my writings. Many of my speeches were recorded in different countries of the world, but I never got their records registered in my name. Similarly, as regards my writings, I have always refrained from reserving their copy- right either in my own favour or in the favour of any other individual or organisation. This means that everyone is at liberty to publish any of my books, provided he does so for missionary purposes i.e., either to sell at moderate price or to distribute free among seekers of Islamic knowledge — and not for making money.

The present book could be no exception to the rule. Consequently, whenever anyone considered necessary to print it, he did so, sometimes even without intimating me. Hence fresh editions continued to come out, though in some cases certain changes and deletions were also made without my permission or knowledge. Thus, for instance, its name was changed to “Genuine Islam ” in the Australian edition, while in the Egyptian edition, of which 5,000 copies were printed and distributed gratis in different parts of the world, all the questions were deleted and only their answers were retained and published. Side by side with the English editions, Mr. Eshack Abdullatif, the indefatigable Secretary-General of the ‘Halqa-i-Qaderiyyah Isha’at-i-Islam’, Mauritius, brought out his ably-executed French version, which was widely circulated among the French speaking people by the Egyptian friends.

The demand for the book has, however, continued to increase with its circulation, and recently it was stressed by many friends from different parts of the world that a substantially-large edition of the complete English version, including Arabic passages, should be published. The appeals from Haji Muhammad Ibrahim of Trinidad (who had borne the expenses of the third edition) and the Anjuman Ikhwan-us-Safa of Durban were specially pressing. Hence I searched for a suitable publisher, and I am glad that my choice fell on the “Islamic Literature Publishing House” of Bangalore, Bharat, whose proprietor, Mr. A. J. Khaleel, BA., BL. accepted the job with the profoundest religious enthusiasm. In fact, he plans to publish not only the present English edition but also its translations in several languages. He has already distinguished himself in his great and noble scheme of publishing the translations of the Holy Qur’an in different languages of the world and of selling their copies at a very low price, and I have no doubt that in his hands the present job shall also be accomplished with glory and good name.

It has been decided that while the “Islamic Literature Publishing House” shall act as the publisher of the present edition, it shall supply the required number of copies at cost price to Haji Muhammad Ibrahim and the Ikhwan-us-Safa, who shall act as sole distributors in their respective spheres, i.e., the former in North, (central and South America, and the latter in the continent of Africa and the adjoining islands, while the “Publishing House” itself shall work as sole distributor for the rest of the world.

This being so, there is a moral obligation, that no one should print this book now so long as its copies are available with the above-mentioned parties, who have undertaken their present job solely for the sake of God and to whom any such step shall prove to be a source of under served financial difficulties.

The second volume of the present book was promised in the Preface to the third edition. Its initial draft has been lying ready with me for sometime. But, formerly my missionary travels did not spare me the opportunity to give it final touches and make it ready for publication, while now that I am staying at Medina my health has not permitted me to take up the task. Anyway, I hope to deliver it to the Islamic Literature Publishing House for publication as soon as it is possible for me. May Allah grant me the requisite health and strength. Amen! Mohammed Abdul Aleem Siddiqui.

Be the first to comment on "Elementary Teachings of Islam" 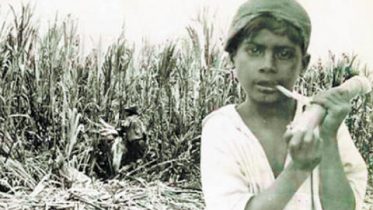