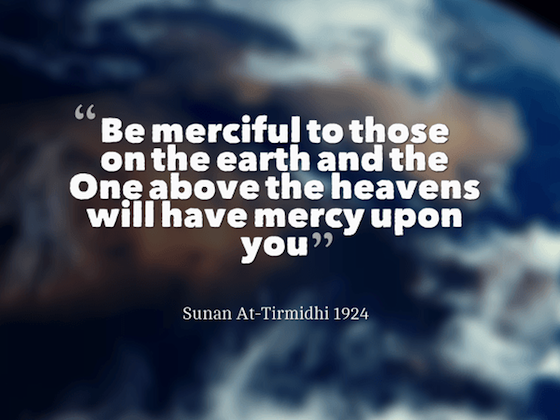 Allah says in His Holy Words:

Verily, this brotherhood of yours is a single brotherhood; and I am your Lord and Cherisher; therefore submit yourselves (to Me). (21:92)

Islam came to re-establish the principle that mankind is one nation, as all human beings came from one parent, Adam and Eve. One of the ways of demonstrating this fact is that all believers; regardless of race, colour or locality, practice all the fundamentals of the Faith. They all pray, fast, give charity and go for Haj. A good example is the fact that today you are all here as one big family, gathered for the purpose of celebrating Eid.

Allah informs us that when the human family was established on the earth, they were all one people; it is their own selfish desires that caused them to become disunited. He says:

Mankind was one single nation; and Allah sent Messengers with glad tidings and warnings; and with them He sent the Book in truth, to judge between people in matters wherein they differed. But the People of the Book, after clear Signs came to them, did not differ among themselves except through selfish contumacy. Allah, by His Grace, guide the believers to the Truth, concerning that wherein they differed. (2:213)

So Islam came to remove the barriers that keep the people apart, and to again make them live like one big human family. Prophet Muhammad (pbuh) is reported to have said:

We Prophets are brothers from different mothers and our Religion is one. (Fath al Bari, 6:550)

All the Believers are brothers and sisters in Faith. But every human being is an individual, with his or own temperament, etc. and may not necessarily agree with one another in every matter. When ever a disagreement comes up, there is no need to fight or quarrel, but one should try to sort it out in a refined way. Allah says:

The Believers are but a single Brotherhood; so make peace and reconciliation between two contending brothers; and fear Allah; that you may receive Mercy. (49:10)

Be not like those who are divided amongst themselves and fall into disputations; after receiving clear Signs; for them is a dreadful penalty. (3:105)

Every Muslim is like a strand in a rope. All put together make the rope strong. But if the strands begin to get loose the rope will get weak and may burst. Allah says:

Hold fast, all of you tighter, by the Rope, which Allah (stretches out for you) and be not divided amongst yourselves. (3:103)

There is no doubt of the fact that Ramadan brought most of the believers together. Only those who stayed away did not feel the blessing of being like one big happy family.

If, for one reason or another; a person could not have attended the Taraweeh prayers, or even keep the fast, that person should still have hope, as Allah connects Himself to us with the Attribute of Compassion. He says:

Brothers and sisters, as human beings, we are separate units, but we can feel like one people if we develop love in our hearts for each other. About this Allah says, as a reminder to the Arabs who were tribal before Islam, and as an eye-opener to all of us the following:

Keep in mind, with gratitude, Allah’s favour on you; for you were enemies and He joined your hearts in love; so that, by His Grace, you became brethren. (3:103)

The heart in the human being is like the pearl in the oyster. No mater what colour, size or shape the oyster may be, the pearl of every one looks alike, and is beautiful if kept bright and polished.

But how can we develop love for one another, when someone may want to destroy his believing brother for some material benefit; or may show envy and hate for things that may not have any value in the next life. Allah gave us the golden principles for establishing loving brotherhood and a good society. He says:

Do not be proud of your wealth, for Allah does not love those who are proud of their riches. But seek, with that which Allah has bestowed on you, the Home of the Hereafter, nor forget your portion of this world. Do good to others, as Allah has been good to you, and do not make mischief in the land; for Allah does not love those who make mischief. (28:77)

Instead of trying to ridicule or belittle others, a Believer is enjoined upon to show compassion. Prophet Muhammad (pbuh) is reported to have said:

Be merciful to those on earth, and receive Mercy from Him Who is in the Heaven.

Today, as we have gathered to celebrate, let us resolve that we are going to make the earth a better place in which to live, for our selves and posterity.

O our Lord; forgive us for our faults and mistakes; forgive our brethren who have gone before in faith; forgive those who are to come, and cause us all to rise with the righteous on the Day of Judgment.

Be the first to comment on "EID UL FITR" 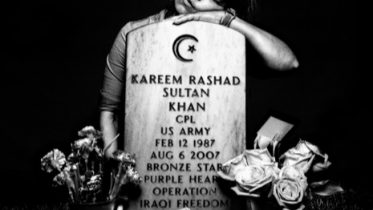 If Senator Barack Obama is elected President of the United States of America, the resolute endorsement he got from former Secretary of State (2001-2005) Colin…