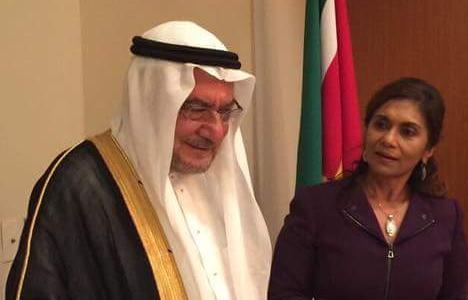 The Netherlands’s anti-Islamic Freedom Party (PVV), headed by Geert Wilders, a coalition partner of the current government in the Hague has demanded that all Dutch aid to its former colony, Suriname be suspended until Suriname withdraw its membership from the Organisation of Islamic Conference (OIC). The issue was raised during a debate two days ago in the Dutch Parliament over the budget of the Ministry of Foreign Affairs.  Prior to this, Wilders demanded that aid to Suriname be suspended because Desi Bouterse, who has been sentenced by a Dutch court for drugs trafficking, has become its president. Knowing that this won’t happened, he sought to exploit anti-Islamic sentiments in the Dutch Parliament by demanding that Suriname sever its ties with Islamic nations for Dutch aid, reports De Ware Tijd.

The Dutch Parliament voted on the issue yesterday and the PVV Party motion was defeated in parliament.  Socialist foreign affairs spokesperson of the Dutch Parliament, Van Bommel welcomed the defeat of the PVV’s proposal to stop all development aid to Suriname.  The Hague wants a continuation of the “special relationship” between the people of Holland and Suriname to continue, according to the Waterkant News.

Since 1996 Suriname has been a member of the second largest multi-lateral organisation after the United Nations (UN), the OIC. Suriname also joined the Islamic Development Bank (IsDB) in 1997.  Many countries with Muslim minorities, such as Gabon, Guyana, Sierra Leone, Ivory Coast, Togo, Mozambique, Uganda and Benin are OIC members.  Russia is an observer member of the OIC and the United States has appointed an envoy to that body.

Suriname’s President Bouterse, is keen to advance Arab ties via the forum of the OIC, the Arab South American Summit and through bilaterally agreements in place.  He recently met with the OIC Secretary General, Ekmeleddin Ihsanoglu during a mini-summit with Guyana’s President Jagdeo. Guyana is also a member of the OIC. Bouterse will travel to Peru in February for the Arab South America Summit and to Egypt in March for the Islamic Heads of Government Summit.

Bouterse always had a rocky relationship with the Netherlands and this could be just another ploy to isolate his government. Since becoming president, Holland has made it clear that Bouterse isn’t welcomed in the Hague.  Anti-Islamic champion, Wilders is very aware that it was Bouterse, the shadow president during the presidency of former Surinamese President, Jules Wijdenbosh in the 1990s who oversaw Suriname joining the OIC.  The two-time coup leader and now democratically elected president of Suriname, Bouterse; in the early 1990s looked East in an effort to attract investors and tap foreign capital after ties with the Netherlands hit rock bottom. The Bouterse Foreign Policy Initiative emphasis strong ties with India, Indonesia, Turkey, Brazil, the Middle East and the Caribbean.

As part of the independence package, the Netherlands agreed to a “golden handshake,” in which the Hague will continue to fund Suriname’s development to the tune of 1.7 billion USD for the next 15 years.  This aid came to a halt when Suriname was rocked by a military coup in 1980.  Most of this aid has already distributed to Paramaribo, and has been a bone of contention since 1975 between Suriname and the Netherlands. Paramaribo has accused the Netherlands of using the aid to control and manipulate Suriname domestic and foreign policies. 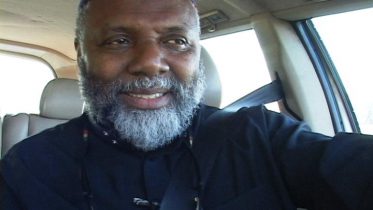 First published in Imam Johari’s blog (click to go to source) I got the following email from a sister in Barbados. We must move away…