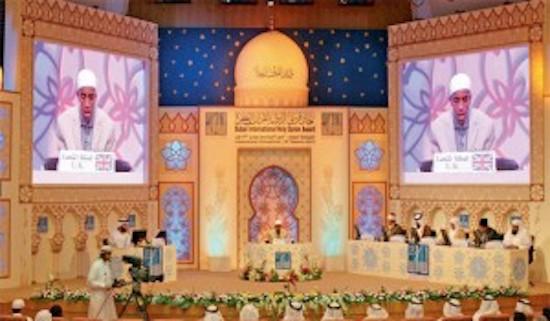 Two additional Caricom (Caribbean Community/Caribbean Common Market) countries will be participating for the first time this year in the Dubai International Holy Qur’an Award. Grenada and Suriname have joined Barbados in sending huffaz (Qur’an memorizers) to the 16th session of the Award in Dubai.

Barbados has participated every year in the Competition since 2003 and this year Hafiz Ayub Bhoola represents Barbados. He was chosen ahead of two other memorizers of the Holy Qur’an at the first local Holy Qur’an Competition held in Barbados after last Ramadan.

The 16th session of the Dubai International Holy Qur’an Award will start today. And according to a story carried in the Khaleej Times “91 out of 160 countries and communities contacted worldwide for participation in the award have agreed to send their nominees.  While Head of Competitions Unit of the Award Ahmed Sager Al Suwaidi stated “The number of participants has come down to 88 memorizers after three countries apologized that their contestants are not yet ready for the competition…While 70 contestants have already reached Dubai, the remaining 18 competitors are expected to arrive today,” he added, noting that the 15th session of the award saw 78 participants. Two countries are participating in the award for the first time. These are Grenada and Suriname. Italy which first competed in the contest in 1999 is again participating this year. The youngest contestant will be a nine-year-old from Kazakhstan. There will also one participant with visual impairment from Iraq”

The Khaleej Times further reported: “Initial qualifying tests give memorizers a chance to go on a ‘rehearsal’ before sitting for final tests in front of the audience. They further help the organizing committee disqualify below-par contestants and set the daily schedule in a distinguished way to include excellent, good and medium competitors. Participants are also distributed in view of the countries.

Ibrahim Bu Melha, Chairman of the Dubai International Holy Qur’an Award, said big prizes await top winners: the first will be awarded Dh250,000, the second Dh200,000, while the third will be gifted Dh150,000. “Those who come fourth to the tenth positions are to be granted Dh65,000 to Dh35,000, with Dh5,000 less for each than the winner of the above position. The rest of the participants will get Dh30,000 each.”

The 11-category award, aimed to serve the Holy Qur’an and promote the general standard of the Qur’anic performance, is held every year under the patronage of His Highness Shaikh Mohammed bin Rashid Al Maktoum, Vice-President and Prime Minister of the UAE and Ruler of Dubai.  Watch Hafiz Ayub recitation below: 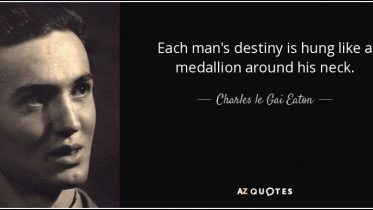 Charles Le Gai Eaton, who died on February 26, 2010 aged 89, was a father figure to many white British converts to Islam and was…