In Photo, some conference delegates

A regional congress of Muslims was held in Santiago, Chile from 14th to 17th of November 2012 . Approximately 50 delegates represented their communities from Latin America and the Caribbean. Participants from Argentina, Mexico, Brazil, Venezuela, Puerto Rico, Guyana, Jamaica, Trinidad, Barbados, Chile and other Latin American countries were invited to attend.

Emphasis was placed on the promotion of Islam (al-wasatiyah) without any form of extremism. Participants were encouraged to work cohesively to correct the negative views of Islam derived from the negative developments in Muslim majority countries. To emphasize the faith and ideals of Islam, the mercy preached and exemplified by the Prophet Muhammad (s) as distinct from the politics of Muslim majority countries. During the conference participants were able to benefit from each other by means of learning from each others accomplishments and their challenges.

A presentation was made by Suleiman Bulbulia of Barbados on the Muslims in the Caribbean. Moenul Hack of Guyana did a presentation on the achievements in the field of Dawah in his country. The congress was organized to get a better understanding whats happening in the region and sharing experiences. Various presentations were made by representatives from the Ministry of Awqaaf of Kuwait and their commitment to work with its regional partners in Latin American and the Caribbean countries. During the duration of the conference a special meeting was held for the missionaries working with the Ministry of Awqaaf . Books were distributed in Arabic on the subject al-wasatiyah (moderation ) and other translated Islamic books in Spanish.

Commenting on the conference experience Guyanese Delegate Safraz Bacchus said that “it was a very nice experience meeting with Muslims from various parts of the very continent that I live. What struck me was the enormous effort that our brothers are making to promote Islam in Mexico and the progress they were able to make in that community . From the distribution of Quran in the subway station, to billboards portraying Islam in a positive way, to working with the government . This is quite an effort . For me other than the wonderful people I met and the fruitful conversations, the trip was a motivation for me to work harder to promote the correct understanding of Islam.” 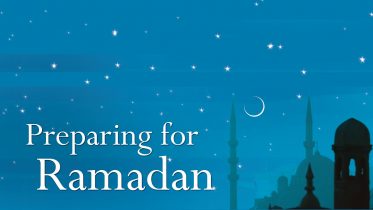 PROPHET MUHAMMAD ﷺ STATEMENT TO HIS FOLLOWERS ON PURPOSE OF RAMADAN “O People! The month of Allah (Ramadan) has come with its mercies, blessings and…