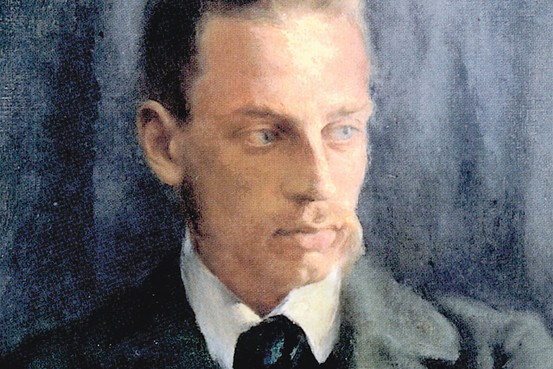 René Karl Wilhelm Johann Josef Maria Rilke (4 December 1875 – 29 December 1926)—better known as Rainer Maria Rilke was a Bohemian-Austrian poet and novelist, "widely recognized as one of the most lyrically intense German-language poets", writing in both verse and highly lyrical prose.

In response to the vanguards of intolerance in the West, a tiny but loud contingent of Muslim extremists appear all too willing to trample on the virtues of gratitude and gentleness even as they clamor for justice.

While the moral majority in the West scrambles to keep alive the virtues of tolerance and generosity, Muslims must likewise cling to the essence of the Prophetic virtues of love, mercy and gratitude. They would be wise to do this with humor, gentleness and good faith.

A recent cover story in the prestigious Economist magazine captured Europe’s apprehension with Islam and Muslims when it invoked the term “Eurabia” over a picture of the Eiffel Tower. By kowtowing to Muslims, the Economist wrote, Islam and Muslims were now poised to deflower Europe’s pristine secular landscape.

The once notoriously neutral Swiss will hold a referendum later this year on the question of whether Swiss mosques should be allowed to have minarets. To the adherents of the ‘Eurabia’ thesis, minarets are not a reflection of the spiritual essence of a great Abrahamic tradition, but the political aspirations of Muslims to reestablish the Caliphate, only this time on European soil.

If the pundits of ‘Eurabia’ availed themselves an opportunity to attend a typical meeting at any of the hundred or so Swiss mosques, with or without minarets, they might hear the loud reverberations of angry board members shouting at each other for hours over what to do about the increasing number of worshippers oblivious to simple parking rules.

‘Eurabia’ has acquired a following in the upper echelons of society even in Canada and the United States. Of all the issues that afflict France’s ten million Muslims, Nicholas Sarkozy would have the world believe that in preventing a mere 300 women from wearing the niqab, he is a worthy champion of Europe’s secular ideals.

The leap from this alarming discourse to the violent outburst of a crazed German man stabbing to death a pregnant Egyptian pharmacist in a Dresden courtroom while her four-year-old son watched in sheer horror, is not impossible. As her brave husband wrestled with the knife wielding attacker, police assumed the man with the swarthy complexion must be the aggressor and shot him. When relatives of Marwa El-Sherbini pleaded with authorities for custody of her son, German authorities thought he was better off in an orphanage.

Targeting the hijab is a daily occurrence in Canada and the United States in spite of President Barack Obama’s superb Cairo speech. While Obama might have taken the opportunity to host a ‘teachable moment’ on the lawns of the White House as he did recently with Harvard scholar Henry Gates and the White cop that arrested the elderly professor in his own home — perhaps with a choice of teh or kopi instead of Bud Light or Blue Moon beers — German Chancellor Angela Merkel would make no such gesture. El-Sherbini, in the eyes of the liberal media, was attacked by a madman. End of story.

Among Muslims however, her death was that of a martyr and it too – like the horrid Danish cartoon fiasco — evoked the same tired response of emotionally charged protesters taking to the streets of Alexandria, Amman and Damascus.

Even as the pendulum of public opinion swings away from pluralism and accommodation towards intolerance and racism, Muslims are required, now more than ever, to boldly engage with those who share a commitment to spiritual beauty and an aspiration for happiness here and the Hereafter.

One way of opening the doors to constructive engagement is to excavate the spiritual gems embedded in Europe’s history. Exactly a hundred years ago, Rainer Maria Rilke (1875-1926) one of Germany’s greatest poets, saw the spirit of Muhammadiyya in still pictures his wife sent to him from her visit to Egypt, the country of El-Sherbini’s birth.

At the time Rilke was experiencing a deep sense of alienation and loneliness and was probing the meaning of human existence. He turned to the Quran for answers. Fascinated by what he was reading, he wrote, “And once I tried to learn the Quran by heart. I didn’t get very far, but what I did understand was that there you see a mighty index finger, pointing towards God, grasped in His eternal rise, in an Orient that will never be exhausted.”

After studying the life of Prophet Muhammad ﷺ, upon him be peace and blessings, Rilke concluded that the solution to the deep social and psychological alienation that was squeezing the soul out of the people of Europe was to submit to God’s will, like the followers of Muhammad in the East.

It was then that he penned “Mohammed’s Berufung”, translated into English as ‘Mohammed’s Call.’

“Power stepped into his hiding place;
at once a presence he could not mistake
He begged the Angel – upright, fair and ablaze –
to leave him as he was.

He would forsake all his ambitions;
it was best he stayed that baffled,
over-traveled man of trade.

He’d never learned his letters,
and now such a word!
For wise men, even, far too much.

But no, the Angel fiercely showed
and showed the writing on its leaf.
This will that glowed would not back down,
again demanding – Read.

And then he did. The Angel bowed its head before him,
one from thenceforth who had Read, who knew, obeyed,
and carried out the decrees.

Rilke refers to the Angel Gabriel as a ‘power’ that entered his cave (on Mount  Hira). The Prophet was palpably afraid and begged to be left alone – to be that ‘baffled over-traveled’ trader. Muhammad, God’s blessings be upon him, could not read nor write, and when the Angel demanded that he Read, Rilke said ‘it was far too much,’ but once he did, the Angel bowed in difference to him.

For a German poet to write this a hundred years ago suggests that Rilke must have read more than the equivalent of a copy of ‘Islam for Dummies.’

Shortly after writing the poem Rilke embarked on a journey of his own to North Africa. Moved by the way the daily prayers fused seamlessly into whatever occupied people, Rilke wrote home: “it is as if the Prophet had been there only yesterday, and the city is his very realm.”

The prescient question we need to ask ourselves today is whether the Germans, French, Danish, British or Americans would still see the spirit of Muhammadiyya,  reflected in our lives. Unfortunately, they are more likely to see the anguished faces of Muslims brow-beaten by narrow-minded scholars who anxiously drop the anvil of bi’da on every happy occasion even that of the mawlid of God’s noble Messenger, Muhammad, may Allah shower him with his choicest blessings. 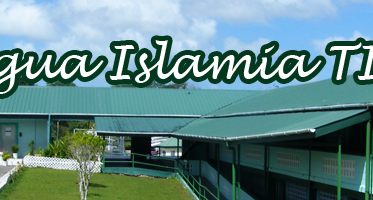 Through the instrumentality of some prominent Muslims in the community, representation for a T.I.A. , School was made in 1955. The foundation stone was  laid…