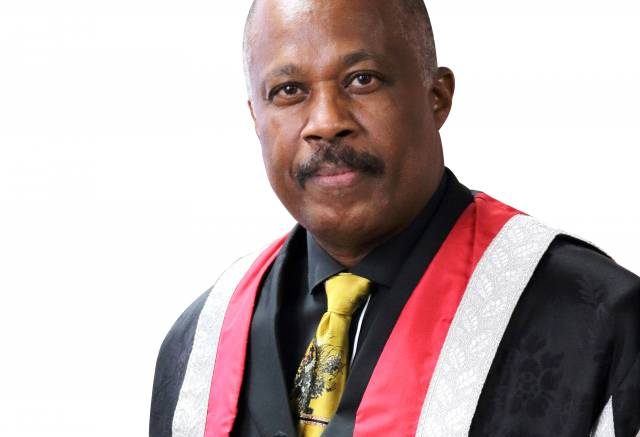 The UWI Vice-Chancellor, Professor Sir Hilary Beckles issues the following statement in recognition of the centenary of the abolition of the Indenture Act.

“This year the Caribbean Community is rising to celebrate the Centennial of the defeat of post-slavery Indentured Servitude and the final Emancipation of the Indian Community from labour bondage. The Abolition of Indenture Act of 1917, following the Emancipation of Slavery Act in 1838, brought to closure, the process of violent social subjugation of ancestors in the criminal plantation complex that served to enrich Europeans while unleashing hell upon Africans and Asians.

The colonial enterprise in the Caribbean had evolved through three distinct but interacted stages. The integration of indigenous people into the slave labour market, subsequent to their land dispossession, in short time led to a genocidal circumstance. The importation into the region of over five million enchained Africans over 300 hundred years; of which less than a million were accounted for when slavery ultimate ended. Finally, the importation of near 500,000 Indians under deceptive and violently enforced indenture, led to the creation of a kind of neo-slavery regime in the region that ignited in the Indians an endemic culture of resistance and rebellion.

These phases were in fact the three acts of a single play that constituted the Crime against Humanity perpetrated against oppressed and colonized persons in the Caribbean by European governments and their colonial representatives. For these crimes the descendants of these violently oppressed ancestors are entitled to Reparatory Justice.

In order to sustain the politically discredited plantation system, the British government led the way in Europe with the importation of some 3.5 million Indentured Indians into their global empires during the decades after the defeat of chattel slavery. From Calcutta to Madras these colonized and largely displaced Indians were shipped out to the plantations while colonial investors imagined creative ways to greet them with an updated and modernized kind of slavery.

Guyana, with its enormous sugar and rice plantations, took the lion share of 238,909 while Trinidad and Tobago followed with 143,939. Every sugar planter who had lost brutal control over their enslaved Africans wanted a piece of the Indian action. Jamaica took in 36,412, St Lucia 4,350, Grenada 3,200 and St Vincent 2,472. St Kitts, one of the oldest sugar kids on the block, not to be denied, imported 337. Finally, the Bajans, seeing no need to reach into India as their emancipated Africans remained sufficiently entrapped for sugar to be sustained, took not one.

The deception embedded in the indenture led to violent and non-violent resistance and rebellion within the Indian community. The terms and conditions of work promised in India, and the texts of Indentured contracts, varied dramatically from the reality of work and general living. Workers were commonly criminalized on estates for minor matters and forced to pay onerous penalties. Women were not spared within the brutal labour regime and, despite testimonies to the contrary, were treated equally under the plantation driver’s directions.

By 1900 it was clear to the Indian community that they had been deceived by their employers and colonial powers, and that they were subordinated under a racialized social system that was more than a labour regime. In some places their rebellion was based on an accurate reading of the structures of oppression, and involved collaboration with the African community. In other places they struck out alone to address their specific and peculiar circumstances. But altogether they contributed to a culture of collective mobilization and opposition to colonialism that was long in place. In this regard they consolidated and enhanced the broader struggle for liberation and social justice.

The colonial administrators struck back by offering them cash, land, and more humane labour terms with a view to enticing those bent on returning to India to stay. Many accepted these packages but the damage done to the credibility of indenture, and the momentum of movements of resistance, could not save the institution from a final demise. By March 1917, the Indian people had turned their backs on the indenture system, and broke the spine of the last vestige of Caribbean servitude. This development led to the forging of a collective labour struggle for decolonization and independence in the Caribbean.

A full century has now passed. The Indian community has effectively shaken off the shackles of servitude and have joined with Africans and other ethnicities in crafting and forging a democratizing Caribbean civilization, fashioned upon the principles of plural participation and social equality.

The negative legacies of Indenture continue to be discernible in some places and still shape aspects of societal norms and national sensibilities. But the bigger, bolder spirit of freedom resides everywhere in the robust rejection of oppression. Caribbean society is thus enriched and enlightened at this centennial moment by the Diwali of multiple Indian contributions to our common civilization. We all have good reasons to rejoice.”

The University of the West Indies 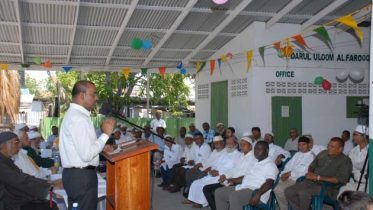 Assembled for the Yaum un Nabi celebrations hosted by the Central Islamic Organization of Guyana at the Windsor Forest Masjid yesterday, Muslims were told by…