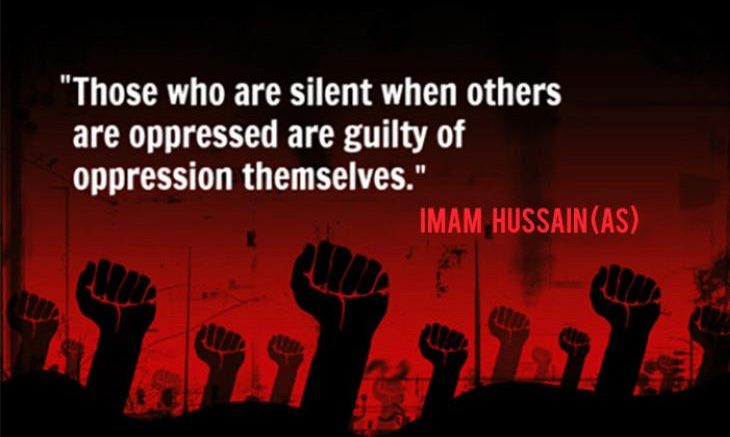 CARICOM member states are largely silent on the issue of the disproportionate medieval attacks, loss of life and property of Palestinians. Palestinians are increasingly being dehumanized and seen as the outcast of the human race.  You don’t have to be Muslim to speak up, only human is a popular cliche.

https://youtu.be/pMrb57IPvoMWhere are the ones who repeatedly remind us of “NEVER AGAIN”! This seems to be a mere slogan in our times when the main beneficiaries of the UN Declaration Of Human Rights are now actively pursuing an entire nation of people such basic rights.   Being silent when these acts of genocide are ongoing is equivalent to being complicit. 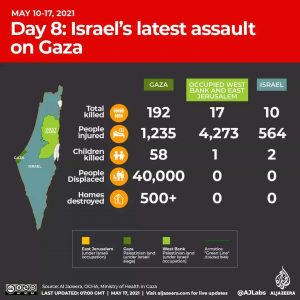 This outrage is funded and armed by the USA, which only this month approved the sale of USD$735m in precision-guided weapons to the aggressor settler-colonial nuclear-powered nation. The exact weaponry being used to demolish media and apartment buildings. By what misfortune are the Palestinians worthy of this “neutral arbiter” for peace.

The Oslo Accords provided a road map to peace.  Twenty-five years later it is clear that Palestinians got the map and the occupying power got time to expand its territory via settlements and walls. Now Palestinians hold the map to show them how much ground they have lost.  Clearly, the Occupier had no intention to truly come to real peace with justice and a two-state solution.  With the world (inclusive of most Muslim majority countries) being muted, or actively defending the Occupiers “right to defend” itself, the effect is to give Occupying forces the right to injure, kill, imprisoned en masse, destroy private property or steal it without any accountability. European guilt permits western powers the ability to turn their morally blind eyes from the slaughter of children and women.  When will it end?

Here are some of the raised voices within CARICOM

“The Cooperative Republic of Guyana stand in solidarity with the people of  Palestine and our hearts and prayers are with them,” said the Foreign Minister of Hugh Hilton Todd on Sunday during his address to an extraordinary meeting of the OIC Executive Committee at the level of foreign minister held on Sunday 16th May, upon the request of the Kingdom of Saudi Arabia, Chair of the Islamic Summit.

The virtual meeting was held “to discuss the aggression by Israel, the occupying Power in the Palestinian territories, particularly, Al-Quds Al-Shareef,” an online statement from the OIC reads.

Todd told OIC foreign ministers that Guyana,  “Has noted with great alarm and concern the escalation of violence, between Israel and Palestine, the result of senseless lives loss, displacement of people, and destruction of property.”

He said,  “We hold repugnant to the invasion on the Masjid Al Aqsa. We condemn all forms of violence and call for constructive dialogue which is pivotal to bring a two-state solution between Israel and Palestinian. We implore all parties to apply restraint and cease all action that goes against humanitarian and international laws,”.

Here is the Full Statement Issued by Guyana On May 12:

The Government of the Cooperative Republic of Guyana has noted with growing alarm and concern the escalating violence between Israel and Palestine which has resulted in the senseless loss of lives, the destruction of property, the displacement of persons, and a further setback in the Middle East.

The Government of Guyana condemns all acts of violence and finds repugnant the invasion of the Al-Aqsa mosque. We hold sacred and worthy of respect, places of worship of all religious faith. The Government of Guyana implores all parties to apply restraint and to cease all actions that are in contravention of international and humanitarian law.

Guyana stresses that constructive dialogue between the Israeli and Palestinian authorities is pivotal to advancing the peace process and to the realization of the two-state solution as the legitimate end to the Israeli-Palestinian conflict.

Statement of St Vincent and Grenadines at UN

A current non-permanent member of the UN Security Council issued the following statement.

Caribbean Against Apartheid in Palestine (CAAP)

CAAP condemns the ongoing attacks on Palestinians in East Jerusalem at the site of the Al Aqsa Mosque. This is part of the “ethnic cleansing” by the Zionists of Palestinians who have been living in Jerusalem for countless generations, to make way for Zionist Settlers. Over 200 hundred Palestinians have been injured by stun grenades, teargas, and rubber bullets – many of which have been deliberately fired at their eyes, causing maximum injuries.

Lalu Hanuman, Attorney-at-law and Secretary of Caribbean Against Apartheid in Palestine said “For over seventy-three years Palestinians have been daily murdered by the forces of Zionism while courageously standing up for their rights to be free from racism, colonialism, occupation, and oppression. All people committed to human rights need to stand with them. We must show solidarity with them, just as we did against apartheid in South Africa. Zionism, like the Ku Klux Klan, is a supremacist racist ideology, Further, CAAP again calls on the Barbadian Government to do the right thing and recognise the State of Palestine, as many of our CARICOM sister states have done“. 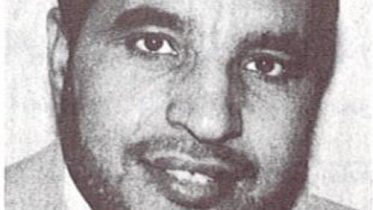 This Lecture has been given by Mr. Ahmed Ibrahim Ehwass on Sunday 22nd May 1977, at the Queenstown Mosque. ﷽ In the name of Allah…