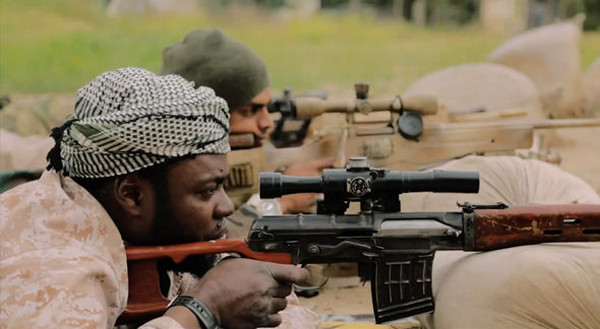 Why has the Caribbean island of Trinidad and Tobago become one of the largest recruitment hubs for ISIL in the West?

The Caribbean state of Trinidad and Tobago is traditionally most famous for its spectacular annual carnival, its cricketing prowess and of being the birthplace of calypso music.  But more recently it’s been getting a more disturbing reputation – as the nation with the highest recruitment rates of ISIL fighters in the Western Hemisphere.  So why have so many young Trinidadians been driven to travel thousands of kilometres to participate in the conflicts in Iraq and Syria?   According to Imam Yasin Abu Bakr, the leader of the Jamaat al-Muslimeen group, one of the main reasons why young black men are joining ISIL is their marginalisation.   “The Africans are going to a pool of unemployment. They just sit in the ghetto and do nothing. And then drugs come in and it’s a haven for the drugs. And now the guns are in and so the murder rate is just spiralling out of control,” says Abu Bakr.  People & Power sent correspondent Juliana Ruhfus and director Dom Rotheroe to investigate how the Caribbean island nation has become a recruitment hub for ISIL

ATTORNEY GENERAL Faris Al Rawi has criticised a recent documentary by the Qatar-based media company Al Jazeera on the incidence of Trinidadians joining terror groups such as ISIS. Al Rawi, who was interviewed for the documentary, has since called the reports inaccurate and bordering on fear-mongering, asserting that statistics presented in the 25-minute-long documentary were grossly exaggerated.

He added that despite a two-hour long interview with journalist Juliana Ruhfus, none of his interview was used in the final footage and this led to a skewed view of Trinidad and Tobago’s national-security capacities.

“At the beginning of the documentary, they pointed out that Trinidad, while having a crime problem, did not have any measures to effectively treat with crime and violence. However, for two hours I made myself available to the interviewer where I discussed the counter-terrorism activities that we (the Ministry of National Security) and the legislative framework that we have in place to arrest fighters from returning to Trinidad. “I also provided evidence to refute the claims of Trinidad being the highest contributor to FTFs (Foreign Terrorist Fighters) in the Western Hemisphere. Overall the image provided of Trinidad was far from what it actually is.” Former Minister of National Security Gary Griffith, who was briefly featured in the documentary, also expressed his dissatisfaction with the interviewer’s portrayal of Trinidad as a hotbed for international terrorism, adding that such misinformation is likely to hurt potential investors and trade.

“It was obvious that there was a preconceived objective to label this country as a hub for terrorist activities.

Out of the 25-minute documentary, only two minutes were used to give the perception that the documentary was balanced, whilst the majority of the other 23 minutes comprised the views on the other side, from some of those who became terrorists, to those who are sympathetic, supportive and are even persons of interest.

“There are over 30,000 Foreign Terrorist Fighters from over 73 countries and many of these have returned to their homeland to wreak havoc. Many have been able to do so in Europe and Asia. However, only 70 individuals of these 30,000 are confirmed TT nationals. Just because 70 naive young men left here, never to return, cannot make us a hub for terrorist activities.” The documentary, entitled “Caribbean to the Caliphate: People and Power” focuses on the motives of some Trinidadian Muslims who have migrated to Iraq and Syria to join radical Islamist groups, and features several Trinidadians who have become part of the ongoing conflict.

Be the first to comment on "Caribbean to Caliphate" 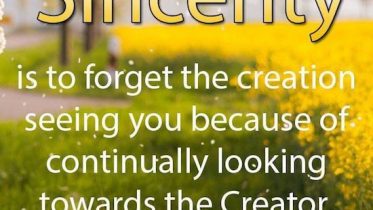 Allah tells us in Surah Hujuraat; The desert Arabs say, “We believe”. Say, “Ye have no faith; but ye (only) say, ‘We have submitted our…