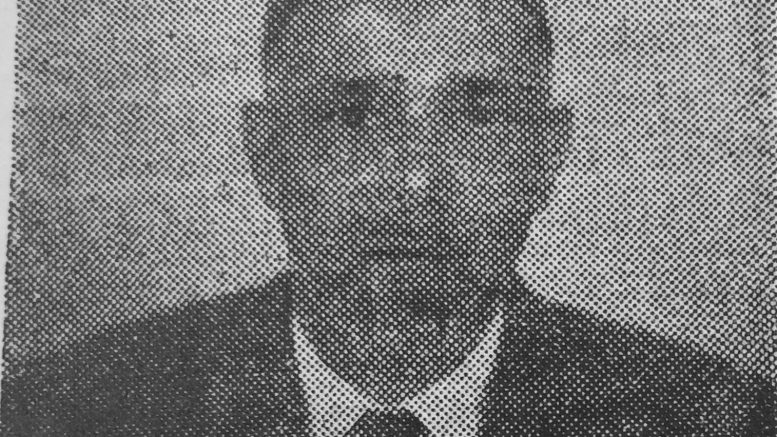 The Holy Quran is, as you know, the Divine Book revealed to the Holy Prophet Muhammed ﷺ as a clear guidance to mankind.  It is the Holy Scriptures of the Muslims for the Quran itself says in chapter 6 verse 19 “Allah is a witness between you and me (Muhammad). And this Quran was revealed to me that I may warn you and whomever it reaches.”

And again in chapter 6 verse 92  “This is a Book which We have revealed, blessed and verifying what was before it, that you may warn the metropolis and those around it. Those who believe in the Hereafter believe in it, and they are maintaining their prayers.”

And again in chapter 10 verse 57  “O mankind, there has to come to you instruction from your Lord and a healing for what is in the breasts and guidance and mercy for the believers.”

The Holy Quran was revealed in portions to the Holy Prophet ﷺ over a period of 23 years, as the Holy Quran itself says in chapter 25 verse 32
“And those who disbelieve ask, “Why was the Qur’an not revealed to him all at once?” Thus [it is] that We may strengthen thereby your heart. And We have arranged it in the right order.”  And again in chapter 17 verse 106  “And it is a Qur’an which We have distinct, in order that thou may recite it to the people at intervals: We have revealed it by stages.”

And again in chapter 53, verse 3-5 Allah Almighty says: “Nor does he (Muhammadﷺ) speak out of (his own) Desire. It is not but a revelation revealed, He was taught by the Almighty Lord,”

Thus the Holy Quran will always continue to occupy a unique position among all the books which are ever written.  This unique position of the Holy Quran among all the books of the world consists in its completeness and exhaustive dealing with all the truths about religion so that every religious truth is found within its covers and every false doctrine is condemned therein, for the Holy Quran in chapter 2 verses 23 & 24 issues a challenge in the following words:-  “And if you are in doubt as to what We have revealed from time to time to Our servant, then produce a chapter like it; and call your witnesses or helpers (If there are any) besides Allah, if your (doubts) are true.  But if ye cannot- and of a surety, you can not- then fear the Fire whose fuel is men and stones,- which is prepared for those who reject Faith.”

And again in chapter 17 verse 86  “Say: If the whole of mankind and Jinns were to gather together to produce the like of this Qur’an, they could not produce the like thereof,  even if they were to each other assistants.”  Thus, the combined species of men and jinns are declared to be unable to produce a book like the Quran.

The Holy Quran is a unique production of Arabic literature and has ever been regarded as a standard of purity which goes without saying, but the characteristic of the Holy Book in which no other book can claim equality is the wonderful transformation which it accomplished and it is to this characteristic that it lays claims in the very commencement when it says:- This Book, there is no doubt in it, it is a guide for those who guard against evil.”  The transformation wrought by it is unparalleled in the history of the world.  It is admitted on all hands, for the Encyclopedia Britannica describes the Holy Prophet as “Yje most successful of all Prophets and religious personalities.” (En. Br. 11th Edition, Article “Quran”).

This success was due to no other cause than the Holy Quran.  Its injunctions swept off the most deep-rooted evils like idolatry and drunkenness so as to leave no trace of doubt in the Arabian Peninsula; welded the warring elements of the Arab society into one nation and made an ignorant people the foremost torch-bearers of knowledge and science.  Besides, every word of the Holy Quran gives expression to Divine Majesty and Glory in a manner which is not approached by any other book.  Hence, the challenge of the Holy Quran remains unanswered to this day.

Quotes on the Quran from a few non-Muslim writers

At this juncture, I’d like to quote a few non-Muslim writers.  Mr. George Sale in the preliminary discourse to his translation of the Holy Quran says on page 48:  “and in many places, especially where the majesty and attributes of GOD are described, sublime and magnificent; of which the reader cannot but observe several instances, though he must not imagine the translation comes up to the original, notwithstanding my endeavours to do it justice.” Mr. Stanley Lane Poole says in his Selection from the Holy Quran “The language has the ring of poetry that no part of the Quran complies with the demands of Arabic metre.  The sentences are short and full of half restrained energy, yet with a musical cadence.  The thought is often only half-expressed; one feels that the speaker has essayed a thing beyond words and has suddenly discovered the importance of language and broken off with the sentences unfinished.  There is fascination of true poetry about these earliest soorahs (chapters).  As we read them we understand the enthusiasm of the Prophet’s followers though we cannot fully realise the beauty and power.”

“But Muhammad made a still greater and more decisive step towards creating a literature for his people.  In those soorahs in which he regulated the private and public life of the Muslims, he originated a prose which has remained the standard of classical poetry ever since.” (Hughes’ Dictionary of Islam, Article “Quran” pp. 528 & 529).

“Never has a people been led more rapidly to civilization, such as it was than were the Arabs through Islam.” (Hirsch Feld’s New Researches Pg. 5).

“The Holy Quran is unapproachable as regards convincing power, eloquence and even composition, and to it was also indirectly due the marvellous development of all branches of science in the Muslim world.” (ibid Pg. 8 & 9)

“It was the one miracle claimed by Muhammad; his “standing miracle” he called it, and indeed miracle it is”  (Rev. Bosworth Smith, Muhammad – pg. 290)

“Within a confined circle the code of the Quran makes doubtless a deeper impression than has been made on Christianity by the code of the Bible.” (Dean Stanley, Eastern Church P. 279).

“The language of the Quran is considered the purest Arabic and contains such charm of style and poetic beauties that it remains inimitable.  Its moral precepts are pure.  A man who should observe them strictly would lead a virtuous life.”  (The Popular Encyclopedia Division 7).  Whilst Gibbons says “The Creed of Muhammad is free from suspicion of Ambiguity and the Quran is a glorious testimony as to the unity of God.”

Now that you understand all what has made non-Muslim writers say about the Holy Quran we again quote you the Holy Quran itself in chapter 15, verse 9 where Almighty Allah says:-

“Surely, it is We who sent down the Qur’an and surely, We will be its guardian.”  And again in chapter 41 verses 41-42:- “…And indeed it is a Book of exalted power.  No falsehood can approach it from before or behind it: It is sent down by One Full of Wisdom, Worthy of all Praise.”

This is one of the most wonderful prophecies whose fulfilment is and shall ever remain a standing testimony to the truth of the Holy Quran.  The statement is first made in commencement with the powerful opposition of the leaders and then made generally, when the Holy Quran shall for all times be preciously saved from all attacks and will be protected from every form of corruption.  This wonderful and clear fulfilment of this prophecy is so evident a fact that a hostile writer, Sir William Muir was able to admit that “There is probably in the world no other no other book that has remained 12 centuries with so pure a text.”

There are today thousands, if not, hundreds of thousands of Huffaz (singular, Hafiz) in the Muslim world who recite the Holy Quran from cover to cover by heart.  Thus if the Holy Quran is wiped out from the surface of the earth, the Muslim through the Huffaz can produce it without the change of a single dot.  There could be no deletion, interpolation or different versions of the Holy Quran.  It will remain intact until Doom’s Day.

This article is reproduced from the Islamic Herald “Eid-ul-Fitr” Annual, published by The Islamic Missionaries Guild of Trinidad and Tobago (IMG), published in 1383 A.H. (1964 A.D).  Founder and Supreme Head of IMG then was His Eminence Dr. Fazl-ur-Rahman Ansari Al-Qadri (r.a.).  The editor was Z.A. Khan 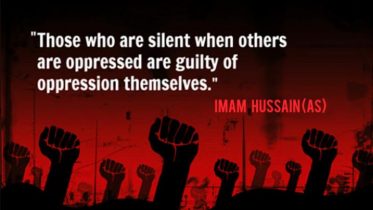 CARICOM States Remain Largely Muted On The Attacks Against Palestinians

CARICOM member states are largely silent on the issue of the disproportionate medieval attacks, loss of life and property of Palestinians. Palestinians are increasingly being…