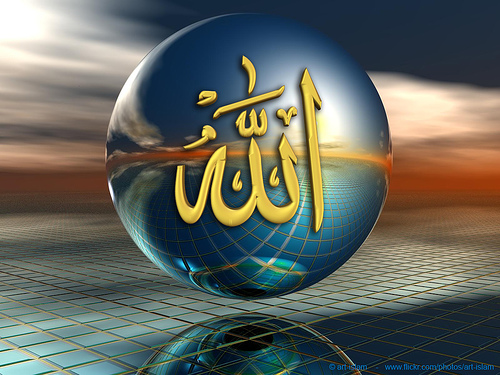 When we say Allahu Akbar what is it that we really mean?  Can we fully understand this expression?

We know, as creatures, we have limitations.  We cannot engage in many activities at one at the same time.  Allah  has Divine Attributes.  We know them as the Asma ul Husna – the 99 Beautiful Names of Allah .  One example of His Greatness is that He functions through all these Divine Attributes at one at the same time.  For example His Justice is tempered with His Mercy at time same, and to all creatures, not only human beings.  He says in Surah An’am;

‘and He knows whatever there is in (or on) the earth and in the sea; not a leaf falls, but He knows it. there is not a grain in the darkness of the earth nor anything fresh or dry, but is written in a clear Record’  (6:59)

This ayat just draws reference to one of Allah’s  Divine Attribute; Al Alim – The All Knowing.  And His Essence is manifested through all His Divine Attributes at one at the same time.

The other point that exemplifies Allah’s  Greatness is that He responds to all His creatures also at one at the same time.  For example He sustains some of His creatures and provides protection for others at the very same time.  All creatures depend on Him and this is a connotation of As-Samad.  Even those misguided creatures who claim to be a god, they too are dependent on Allah .  Allah  is in no need of sustenance.  He is Al-Malik – The Absolute Possessor.

So when we say the simple expression Allahu Akbar we are incorporating everything about the Divine Character of our Lord.  We cannot fathom how truly Great Allah  is.  He says in Surah Luqman;

‘and if all the trees on earth were pens and the ocean (were ink), with seven oceans behind it to add to its (supply), yet would not the words of Allah be exhausted (in the writing): for Allah is Exalted in power, full of wisdom’  (31:27)

By saying this simple expression of Allahu Akbar we immediately recognised that we have limitations and Allah  is limitless; we occupy a tiny space and time and Allah  is confined to nothing.  Even His throne is difficult for us to conceptualize;

He cannot be compared and if you have your faith and trust in Him, He will take care of you and will never let you down.  Yes, we will experience hardships but if you look back at life you’ll see that you experienced many trials before and you came out of them.

Our Lord is truly Great, so much so, that it is impossible for us to fully comprehend His Greatness.  Realise this and worship and serve Him as He ought to.

Be the first to comment on "ALLAH IS THE GREATEST" 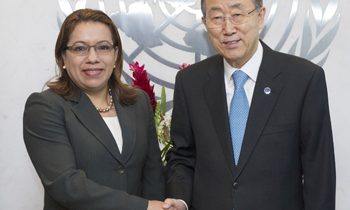