Ibn `Umar(ra) and `Aishah (ra) reported: Messenger of Allah (s) said, “Jibril kept recommending treating neighbours with kindness until I thought he would assign a share of inheritance”.[Al-Bukhari and Muslim].

“Let him not harm anyone. This too is charity for him.”[Al-Bukhari and Muslim].

“There is blessings in (rendering service to) every living creature.” [Al-Bukhari and Muslim].

“Every joint (in the human body) is liable for one act of charity daily. Justice meted out between two persons is also charity. Assisting someone to mount a vehicle or helping in loading his luggage are also acts of charity. A good word (which benefits others) is also charity. Removing a harmful object (e.g. thorn, peel, etc.) from the road is also charity.” [Al-Bukhari and Muslim].

Our Guide Muhammad (s), was very sensitive to the needs of others to the extent that he (s) empathized with the pain and suffering of all God’s creation. As shown by quotes from the Divine revelation (the Qur’an) that he (s) received and by his (s) own counsel, being sensitive to the needs of others and acting in a manner to prevent or alleviate any harm suffered, are highly regarded, blessed and rewarded ethical conduct.

Sunday 24th January 2010 presented me with such an opportunity to express empathy for those who have suffered from acts of genocides. Holocaust Memorial Day (January 27th) is the international day of remembrance as designated by the United Nations. It commemorates victims and survivors of the Holocaust, as well as other worldwide genocides such as Cambodia, Bosnia, Rwanda and Darfur.

The ceremony took place in the beautiful neo-classical Birmingham, Town Hall, and was inspired by the theme from the Holocaust Memorial Trust for 2010 – The Legacy of Hope.

The afternoon included speeches, music, readings and a special performance of Karl Jenkins’s The Armed Man: A Mass for Peace with more than 200 singers and musicians including the Phoenix Singers, and the OneSound Youth Orchestra and Choir. The ceremony enabled all those affected by genocides, either directly or indirectly, to reflect on these experiences and issues.

The event was a moving experience for both audience and performers. Phoenix Singers and members from OneSound Orchestra and choir, along with support from other choirs and members of the Birmingham Conservatoire performed another wonderful performance of Karl Jenkins’s The Armed Man: A Mass for Peace. The work as a whole is an hour long, set within Christian Mass, but brings together text from Mahabarata, Kipling, Tennyson and various other sources… the overall idea is to bring together people of all backgrounds, races and religions, seeking peace. The second movement of this work is the solo ‘Muezzin’ part – which is a call to prayer ‘Adhaan’. It is for one solo male to sing un-accompanied this was my role of the day.

The Phoenix Singers are a mixed voice choir performing a variety of choral works. Based in South Birmingham the choir was formed in 2001 and currently has 90+ strong performing members. As well as performing regularly in and around Birmingham, they have established an international reputation through a series of European tours.

OneSound is the UK’s leading Christian Orchestra & Choir for under 26’s. As a concert orchestra and a versatile choir, the group has performed and recorded with the likes of Matt Redman throughout the country in national and regional venues. OneSound is delighted to welcome both practising Christians, and those who are currently exploring their faith.

However, it was disappointing to see the lack of my fellow Muslim participants at the service neither as speakers, performers nor as part of the audience.  I don’t remember seeing a single Muslim back stage or in the audience whilst I was performing.

We need to hold on to the universal abhorrence against harm done to all human beings and other of God’s creation. To do so does not negate the harm and suffering being inflicted on those of whom we share the same faith particularly in Palestine or Afghanistan, Kashmir, Pakistan, Guantánamo or anywhere else. It just adds to the authenticity of our protest against such vile behaviour.

As human beings we need to have genuine concern for one another as our Holy Prophet (s) has emphasized, taught and himself demonstrated love and care for your neighbours, weak and the poor and this was regardless of religious belief, ethnicity, caste etc. May the blessings of Allah be upon him in abundance and all the Messengers and Prophets. 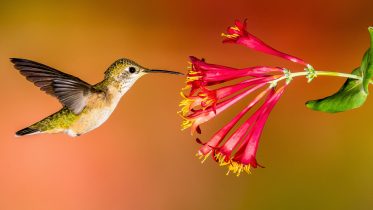 Sahidan, the daughter of Peerally and Kosemeea, was born in Poole. She was the wife of Guljar Baksh. She moved to San Fernando with her…